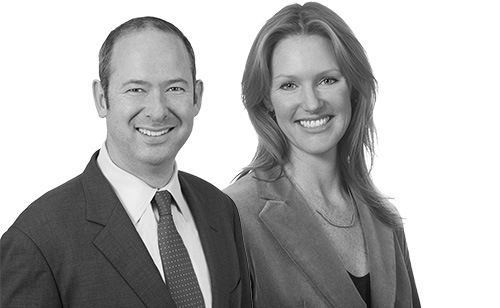 Terrorism and political violence can pose greater risks to institutions with high-value fine arts and collections than many realize. Two XL Group experts — Ben Tucker, head of U.S. terrorism and political violence  in the crisis management team, and Jennifer Schipf, senior underwriter and vice president, fine art and specie — discuss the risks and steps to mitigate them.

Incidents of terrorism and political violence can cause significant damage not only to their direct targets but also to nearby collections of fine arts and other valuables, as recent unrest in the Middle East and Asia shows.

In January, a bomb detonated during political protests in Cairo, Egypt, outside a police station heavily damaged the adjacent Museum of Islamic Art.  In February, government protestors took over and occupied the Kiev History Museum in the Ukraine, damaging art and archaeological items, according to news reports.

Intentional destruction of fine arts and cultural institutions is also a risk, but many museums and institutions with valuable collections aren’t necessarily thinking about indirect exposure from political violence, said experts at  XL Group.

“In a less populated city, such as Madison, Wis., one would expect nothing of the terrorist variety to occur, but if it could happen in Madison it could happen anywhere,” said Jennifer Schipf, senior underwriter and vice president, fine art and specie, at XL Specialty Insurance in New York.

She cited the 1970 bombing of Sterling Hall on the campus of the University of Wisconsin, which claimed the life of a researcher, injured three others and destroyed much of the building. The bombing was carried out by four people protesting the Vietnam War, targeting the Army Mathematics Research Center, which was located in Sterling Hall but was largely undamaged by the blast.

“A high concentration of activities in a centralized space – for example, a library next to a museum or near laboratories – could make fine arts or other valuable collections an accidental target for terrorism or violence,” Schipf said.

“An exhibit of an artist may also become a target, depending on the nature of the artist’s work,” noted Ben Tucker, head of U.S. terrorism and political violence in the crisis management team at XL Group.

“An organization could become a target because of its art collection,” agreed Schipf.

“Collateral damage to institutions that tend to sit in high-visibility areas can present a greater target than many realize,” Schipf said.

The Art Institute of Chicago has a high level of awareness, said Thomas Henkey, director of operations for the museum’s Protection Services department.

“Terrorism is a threat to cultural institutions in the United States, but it is only one of many. Severe weather, civil unrest, workplace violence, droughts and floods, fires, etc. must all be taken into account as a part of a comprehensive and holistic risk management and insurance program,” he said.

The Art Institute’s security department “actively monitors events and incidents affecting cultural institutions across the United States and across the world,” Henkey said. The museum’s security managers belong to professional security and emergency management groups and “we actively share intelligence and lessons learned with our fellow security professionals.” The Art Institute also collaborates with the Department of Homeland Security’s Protective Security Advisor program, which conducts vulnerability assessment and shares information on risks, he said. “When it comes to emergency planning, knowledge is power.”

Henkey said “all cultural institutions should perform an honest and thorough risk assessment on a regular basis. Knowing the potential risks and hazards -- and the potential damages that may result -- is a critical foundation for any risk management and emergency management plan.”

He noted that “no institution can prepare for large-scale incidents without close interaction with local authorities, including police, fire, emergency management, and public works. A truly prepared cultural facility will have close contacts with such departments, and hopefully even drill or exercise alongside them.”

In the United States, the Terrorism Risk Insurance Act is set to expire on Dec. 31. Uncertainty over TRIA’s reauthorization and accumulations of risk in metropolitan areas mean that capacity for terrorism risks is limited, Tucker said.

“In the absence of a TRIA extension, and where there are either substantial accumulations of fine arts values or a perceived or actual high level of terrorism risk due to location or proximity to an iconic target location, an alternative solution to TRIA is a standalone terrorism policy,” he said. “Outside the U.S., for organizations with property and fine arts exposures in developing markets, it is also possible to insure against terrorism and political violence perils.”

Many museums don’t purchase insurance, for budgetary reasons, said Schipf. “Very few insure fully for the same reason, budget, and they may set their fine arts program based on the highest-value pieces in their collection,” she said. This presents an opportunity to strengthen risk management and consider specific coverages to protect against terrorism and political violence, Schipf and Tucker said.