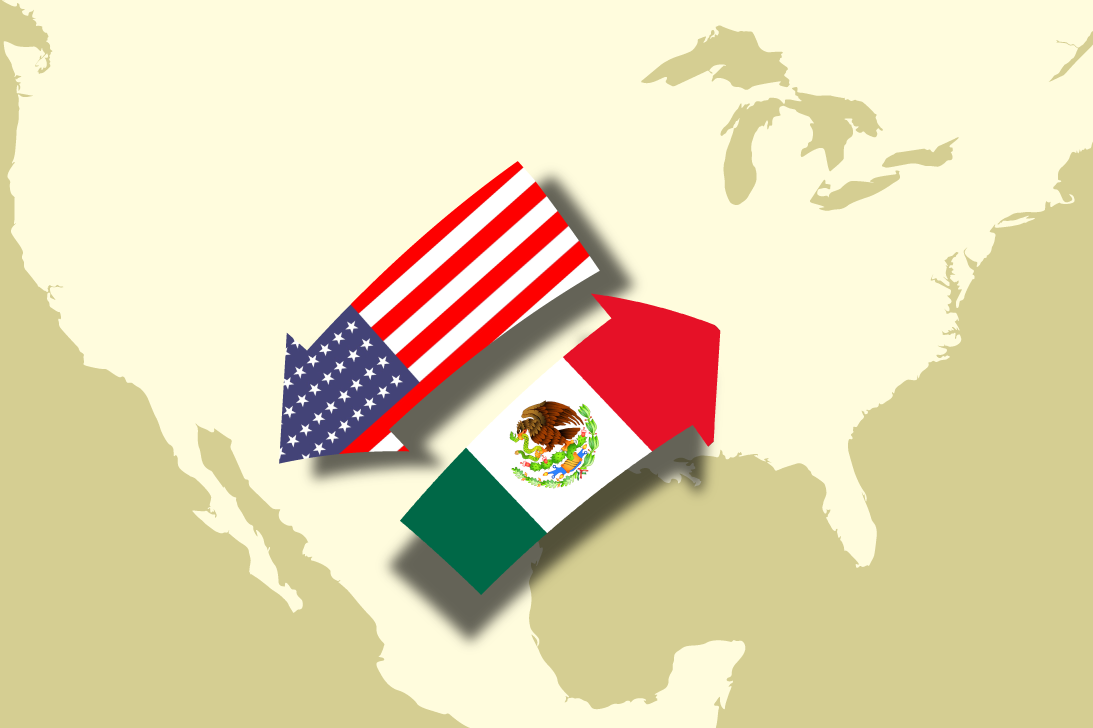 The Forecast for US-Mexico Trade: Continued Growth and Development

Increasingly integrated​The 2,000-mile shared border naturally creates the possibility for close trade relations between the two countries. That was endorsed and formalized with the introduction of the North American Free Trade Agreement (NAFTA) in 1994, and the Agreement has clearly had its intended effect of spurring economic development by promoting bi-lateral trade between the two countries. NAFTA required Mexico to eliminate tariffs on trade in goods and remove FDI restrictions. Though NAFTA’s effects on U.S. workers are the subject of much disagreement among economists, the agreement’s positive impact on trade is inarguable. Since the Agreement went into effect, two-way trade has increased almost seven-fold, from USD 80 billion to USD 532 billion. Also, according to the World Bank, GDP per capita has increased 248 percent since 1995 in Mexico and 194 percent in the U.S. over the same time frame.​Today, Mexico’s exports to the U.S. primarily include automobiles and automotive parts, electrical machinery and petroleum products. In the other direction, Mexico’s imports from the U.S. mainly include machinery, automotive parts and fuels. The automotive sector is perhaps the most evolved with highly integrated supply chains that rely on manufacturing units on both sides of the border for parts and vehicle assembly. Also, imports of fresh fruits and vegetables to the U.S. from Mexico are small in dollar terms but significant given their visibility to consumers.​Increasingly open​Prompted by NAFTA, policy in Mexico has evolved to promote deeper relationships with the U.S. In particular, the structural reforms approved by President Enrique Peña Nieto’s administration, and especially the energy reforms, are intended to stimulate FDI in major industry sectors. The reforms herald a radical transformation of the energy industry, allowing private participation in an industry that had been controlled by the government for more than 70 years. With the new changes, domestic and foreign companies will be able to not only participate in energy exploration and production projects but also build natural gas pipelines connecting the two countries. As a result, Mexico’s pipeline network is expected to double by 2018, allowing manufacturing and power generation firms to import cheaper gas produced in the U.S., which will reduce costs significantly and boost bilateral ties.​Meanwhile, the approved telecommunications reform will offer new opportunities for cross-border collaboration and investment. The reform’s objectives are to decrease market concentration in Mexico, lower costs and enhance competition in the telecom sector. Positive results started to emerge soon after the change was approved, with the entrance of new international players. This has reduced telecommunications costs in Mexico and created the possibility in the future of new services that connect all of North America more broadly and effectively.