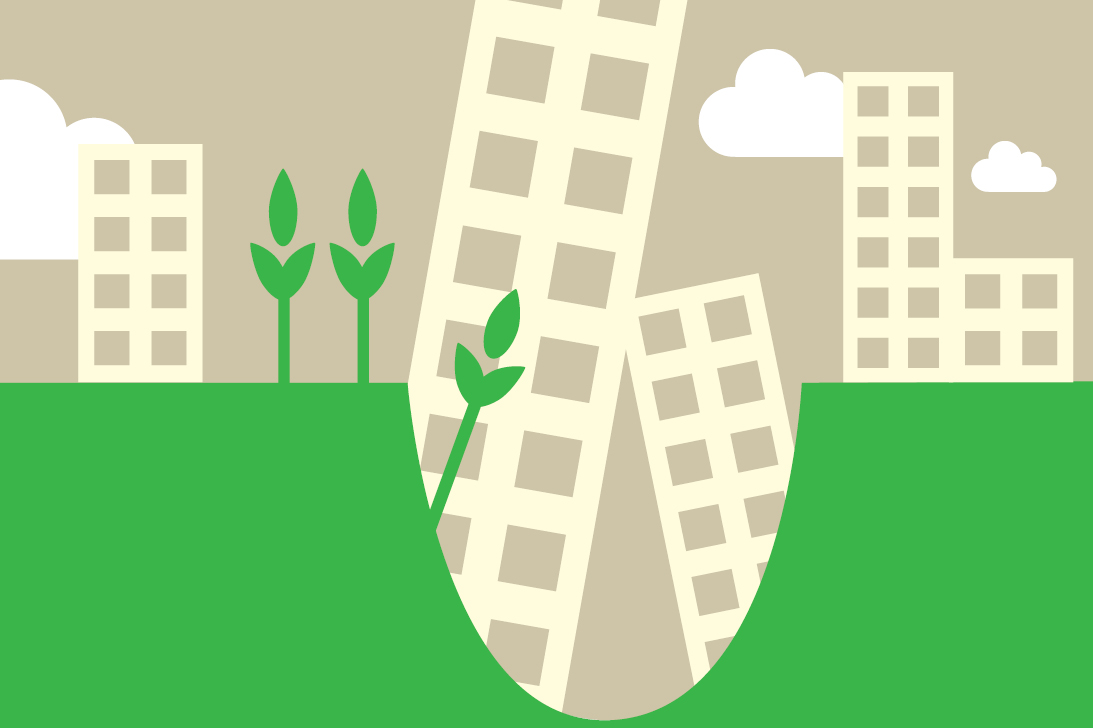 Recent winters have seen widespread flooding across the United Kingdom caused by heavy rain, high waves, and strong winds. In addition to causing considerable personal loss and anguish to affected individuals, the flooding also caused significant damage to infrastructure and disruption to businesses. There is, however, another consequence of flooding that is now coming into focus in the United Kingdom and around the world: sinkholes.

In Manchester late last year, a 40ft wide crater opened  on a road, disrupting traffic and causing an estimated £6 million worth of damage. Similar incidents in the US and South America have brought the risks posed  by sinkholes into the public consciousness, an incident in Florida just last month caused  residents of a mobile home park to be evacuated.According to the British Geological Survey, sinkhole occurrences in the United Kingdom increased from a long-standing average of two per month to 18 occasions in February 2014 alone, due to recent flooding. So how rare are sinkholes and should we expect to continue to see more of them in the future?

Sinkhole FormationSinkholes – sometimes referred to as dolines – are holes in the ground that can range from three to 65 feet in width. The underlying cause of sinkholes is a loss of rock stability due to underground erosion or dissolution of soluble rocks, such as limestone, gypsum or other carbonate rock. In some instances, such as in the United Kingdom, the increase in sinkhole incidences can be attributed to flood water putting too much pressure on the ground from above. In other cases, sinkholes can be caused by high levels of acidity in rain or ground water that has been absorbed by deeper stone layers over the past decades and are only now showing devastating effects. While most sinkholes are less dramatic and give-in over time, media coverage has turned our attention to the most shocking incidences where there have been no warning signs of an upcoming ground collapse.A Global IssueAccording to geological surveys, the most damage from sinkholes in the United Kingdom tends to occur in Northeast England near the Permian gypsum. In the United States, Florida, where underlying limestone tends to be younger and hasn’t had the chance to fully harden, as well as Texas, Alabama, Missouri, Kentucky, Tennessee, and Pennsylvania, tend to be the most susceptible.Other countries around the globe, including China, Russia, Mexico and Brazil, are also not immune.  In China there have been sinkholes over 2,000 feet deep in Guangxi and Chongqing. Sinkholes in Mexico, or cenotes as they are known locally, are mainly found on the Yucatan Peninsula, where over time underground holes have filled up with water and now look like small lakes.  And perhaps the most significant sinkhole event so far occurred elsewhere in that region, when a 2010 tropical storm in Guatemala City triggered a sinkhole with a 300-foot deep shaft.Mother Nature vs. Man-MadeThe recent increase in sinkhole activity raises the question if sinkholes are a purely natural phenomenon or if the issues creating them are man-made. The answer probably lies somewhere in the middle.Climate change, better known in popular culture as global warming, is widely believed to have caused weather conditions to become more extreme, leading to longer droughts and heavier rains. This increase in volatile weather has no doubt impacted the geological landscape, which will take time to adapt. Other interferences more directly related to human behavior, such as major construction or mining projects, or the extraction of natural gas, are also impacting water levels in the ground, causing the kind of underground erosion that often leads to the emergence of a sinkhole.While most geological experts do not necessarily view sinkholes as a major threat to businesses in the UK or other locations around the world, it is prudent to take steps to limit the potential damage and disruption that can be caused in areas at risk in order to protect your investment.The most important thing is to take the time to understand the area in which one lives and works, and take proper precautions to avoid unnecessary geological risks. For example, businesses should ensure the geology of the area and site are understood and, if needed, commission a geological survey during the site selection process before undertaking major construction projects in order to assess the likelihood of sinkholes or other related activity. Proper planning and design during the building phase is critical if longer term problems are to be mitigated. While there is nothing we can do to entirely remove the possibility of a sinkhole from emerging, we can greatly reduce our risk by being aware of the ground beneath us and how our actions impact it.Insurance ClaimsIn the United States, sinkhole claims are classified under “Earth Movement,” which also includes earthquakes, volcanic action and other geophysical activity. In the United Kingdom and elsewhere around the world, sinkholes fall under “Subsidence and Collapse,” relating to changes in the soil and underlying rock that causes damage. Earthquakes and volcanic action are defined separately.While it is difficult to determine what percentage of claims should be attributed specifically to sinkholes, there is no doubt that certain parts of the world conditions are ripe for a continued rise in sinkhole formation. But will we continue to see the emergence of sinkholes at such an accelerated pace? Only time will tell.