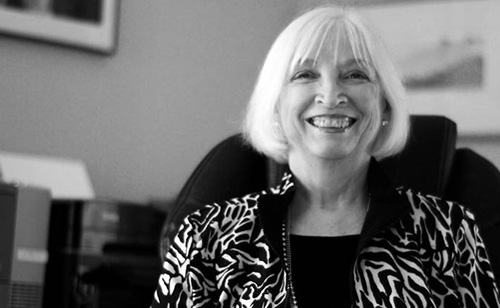 Sparks of Genius: The Rise of Risk Management Innovations in Insurance

Each year, some 18 million cars travel through the Lincoln Tunnel, under the Hudson River  to get to New York  from New Jersey or vice versa.   Interestingly enough, the Lincoln Tunnel also helped take the insurance industry in a new direction.  The building of its third tube, started in 1951, was one of the earliest and most striking examples of a new focus for the insurance industry – risk management.

The project’s insurer, the Insurance Company of North America (INA) agreed to provide workmen’s compensation and employer’s liability insurance for the tunneling project on a retrospective rating basis.  On this basis, an insured’s final premium is based on its actual loss experience during the term of the policy.  The company, working with officials of the Port of New York Authority and its contractors , engineers, and the “sand hogs” boring through the soft silt of the river bed offered suggestions and assistance to keep the project running safely.  The engineering feat was completed five years later with not a single fatality and with very few accidents, as a result of this collaboration between the insurer’s loss prevention specialists and the project’s engineers.  It is a safety record unmatched in tunnel construction history and it also returned $1,306, 506 to the client under the retrospective rating policy. 1

Risk management did not necessarily make its first appearance on the Lincoln Tunnel project, but that project may certainly be considered a significant turning point – pushing the insurance industry’s ability to manage risk, as opposed to simply providing financial protection for physical assets.

In fact, it appears to be steam engines that first sparked the change in how society and government viewed and controlled risks.  Between 1816 and 1848, more than 2,500 people were killed and nearly that many were injured in 233 steamboat accidents.  In 1838, the US Congress passed the first law regulating an industry.  The Act of 1838 required the safety inspection of merchant vessels documented under the flag of the United States. Unfortunately, it was not effective.   Accidents continued, killing 685 people from 1850 – 1851. In 1852, Congress passed another version of the Steamboat Inspection Act, which established higher safety standards.2

In addition, inventions in the 1880s, such as electricity, transportation technologies like the automobile, and mass production techniques forced companies to expand their thinking to include prevention of losses. The most important issue was Thomas A. Edison’s invention of electricity.  Insurers didn’t know enough about electricity to comfortably insure its use. With the launch of the 1893 World’s Columbian Exposition in Chicago, the Columbian Exposition committee asked W. H. Merrill, an industrial engineer, to establish a Chicago facility that would evaluate and test the safety of Edison’s inventions. Ultimately, this organization became The Underwriters Laboratories organization, which charged manufacturers to have their products tested. If the products passed the test, they received a seal of approval. The seal in turn helped insurers feel more comfortable in writing coverage on the new products.3

Also in the 1880s, brokers saw an opportunity to provide loss control and loss prevention services to specific market niches where they had considerable expertise such as marine risks or oil production risks.

The rise of risk management

Risk managers appeared for the first time in the 1950s. Their primary functions were to buy insurance and provide loss prevention programs. At that time, there were no books on risk management and no universities offering courses on risk management.  In 1950, the Risk Insurance Management Society (RIMS) was formed. Its purpose was to bring networking, professional development and education opportunities to its membership. 5

Today, this not-for-profit organization represents more than 3,500 industrial, services, nonprofit, charitable and governmental entities throughout the world. Its membership includes more than 11,000 risk management professionals operating in more than 60 countries.

In the 1970s, liability insurance became very costly and hard to obtain.  Risk managers were asked to explore alternatives to simply buying insurance. Some of these new alternatives that appeared in the 1970s and 1980s included self-insurance, risk retention groups, captives and derivatives, which were used to manage insurable and uninsurable risks.

In the 21th Century, new technologies such as the Internet and the increasing globalization of business made it necessary, as well as easier, to take an even wider view of risk. The 9/11 terrorist attacks in the US were the first of a series of global threats that included cyber attacks, pandemics, climate change and increasingly volatile weather. These emerging risks forced corporations to look at risk management in a more holistic way. Enter Enterprise Risk Management (ERM), which elevated risk management to a corporate function where boards of directors were made responsible for the firms’ risk management policies.  The new focus on enterprise risk management provides an opportunity for risk managers to apply their well established and successful approach to risk on a broader and more vital scale.

The future of risk management

According to Accenture’s 2013 Global Risk Management Study, the number of organizations with a functional Chief Risk Officer (CRO) rose from 78% in 2011 to 96% in 2013. The vast majority (98%) of the Accenture respondents – C-level executives – reported an increase in the perceived importance of risk management at their organizations. The report also noted that more CROs and risk managers report to the board level than ever before. Further, risk management is becoming more integrated throughout organizations, particularly with companies’ investment and decision-making processes.2

Steve Culp, global managing director for London-based Accenture Risk Management, says, “We increasingly see alignment between the innovation and growth agenda and the risk agenda. In challenging times, organizations have to grow and survive – they have people to pay and businesses to serve. Businesses will also have to innovate more, or out-execute their competitors. We talk about permanent volatility – the pace of change continues to increase. Whatever analytics you may be driving today, the questions will likely be different in three to six months with regard to where you’re focusing those analytics capabilities. Wasting time and energy on studying old problems takes away from the opportunity to study tomorrow’s problems.”

Alexander Moczarski, President and CEO of Guy Carpenter and Chairman, Marsh & McLennan Companies International 5 adds, “There is something very different – and importantly so – about the scope and mission of risk management today versus a generation or even 10 years ago. Risk management today is as essential to an organization’s vitality as are any and all other disciplines that sit at the governance table – finance, legal, health, human resources, safety, environmental.”

In less than 60 years, risk management has become a financial and operational necessity. What’s next?

About the AuthorMaryanne Sherman is President of Sherman Think Tank, a marketing communications consulting firm specializing in writing about re/insurers.