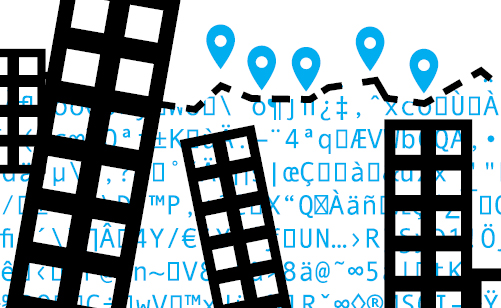 Most urban infrastructures are patchworks. Structures and services have sprung up ad hoc over the years to respond to businesses, residents, and commuters as they move in and around cities. Each mayor and city council aspires and struggles to sew all these services together into a seamless, efficient network.

Radar, sensors and cameras have already been used for years to help coordinate individual elements, like traffic at stoplights. These technologies have become more sophisticated, compact, and inexpensive. So have GPS and telecommunications. Today there is no utility, service, activity, or structure which cannot be monitored, measured, and managed through a combination of these devices connected to a computer network. The smart city is born!

Not a moment too soon. Traffic congestion is a burden to the environment, business, and health. Resources, like water and fossil fuels, are dwindling. Our conversion to clean energy requires the sophisticated integration of different renewable solutions. The global economic slump dictates that we seek to eradicate fiscal waste. Urbanization will continue to deposit more people in our cities for decades to come. And more of those will be vulnerable and in need of assistance, as the global population of people over 60 doubles by 2050.

It is imperative that we make traffic, water, power, waste, policing, and emergency services more efficient and reliable. Smart cities are giving municipal authorities around the world historic oversight and management of the infrastructure.

In 2010, Rio installed the very first smart-city headquarters in the world. The Rio Operations Center monitors, aggregates, and analyzes data 24/7 from 30 municipal institutions.

70 staff members sit in front of panels of screens. Some of the screens show live video of traffic and public transport. Google maps, utility and emergency-service readouts, meteorological reports, and river levels appear on others.

The staff can view close-ups or pan out to analyze live video. They can overlay maps of the area to find the nearest hospitals or police units in case of a crisis. Directly from mission control, the staff can change traffic lights to break up congestion. They dispatch police, ambulances, demolition forces, and clean-up crews.

In 2010, before mission control was installed, flash floods and landslides killed over 360 people and left 10,000 homeless in a single incident. Now, operations-center software analyzes sensor data from all over Rio to forecast rainfall. If it predicts heavy rainfall, the operations center alerts emergency-response units to be ready for rescue. Over time, the data has revealed flood and landslide hotspots. Rescuers have been able to go straight to those high-risk areas to evacuate people before disaster strikes. Accident and crime patterns have also emerged. Emergency units are positioned throughout the city for quick access to crisis zones.

Journalists have their own suite, so they can report straight from the operations center. Do they have access to everything? Not quite. But they report out, and bring citizen feedback right back in. The operations center also monitors social media. This has proven useful, not only for polling, but for emergency alerts. Social media complaints often serve as the first warning for everything from street litter to building collapses. Citizens are becoming more engaged in the running of the city, as they see their input making a difference.

Rio’s mayor requested the USD 48-million system after the 2010 tragedy. He thought being a smart city was Rio’s best chance at becoming organized and safe before the World Cup and the Olympics.

Was he right? Residents say emergency responses still need to be faster. But lagging response times now have less to do with systemic disorganization, and more to do with a shortage of money and manpower. Rio’s mission control provides a clear, detailed overview of municipal services. Authorities allocate resources more effectively, and make the most of what they have.

Rio is a better place to be, and it’s not the only city to get smart. Some are getting smart piece by piece. Parking and road sensors in London now update drivers via a smartphone app. The EU has invested USD 8 million in Santander, Spain to create a smart-sensor network. Santander’s mayor expects sensor data to help cut energy bills by 25%, and waste management by 20%. Las Vegas monitors crime, pollution, and traffic through smart sensors and cameras in its new streetlamps.

On a large or a small scale, smart-city features help optimize resources, prevent crime and accidents, and encourage citizens to get involved. By adding sensors, cameras, and radar to physical utilities like power and water and connecting them to the operations center, we can monitor their use, distribute them more efficiently, and repair or maintain them better. This will reduce waste, at a time when every kilowatt and drop of water is valuable. Sensors on bridges, streets, pipes, and buildings can detect structural anomalies or damage, so that repairs are conducted before a dangerous incident occurs. Traffic sensors, cameras and radar can be monitored to redirect traffic and keep it flowing. And all of these devices can help emergency services rescue citizens in need more efficiently.

What are the risks of digitizing our core municipal infrastructure?

Page 1: How Smart is the Data?Page 2: The Watchful EyePage 3: A new Era of Security for Seniors and Other Vulnerable GroupsPage 4: Cyber Defense for Infrastructure PartnersPage 5: Smart City Risks and Rewards
Subscribe