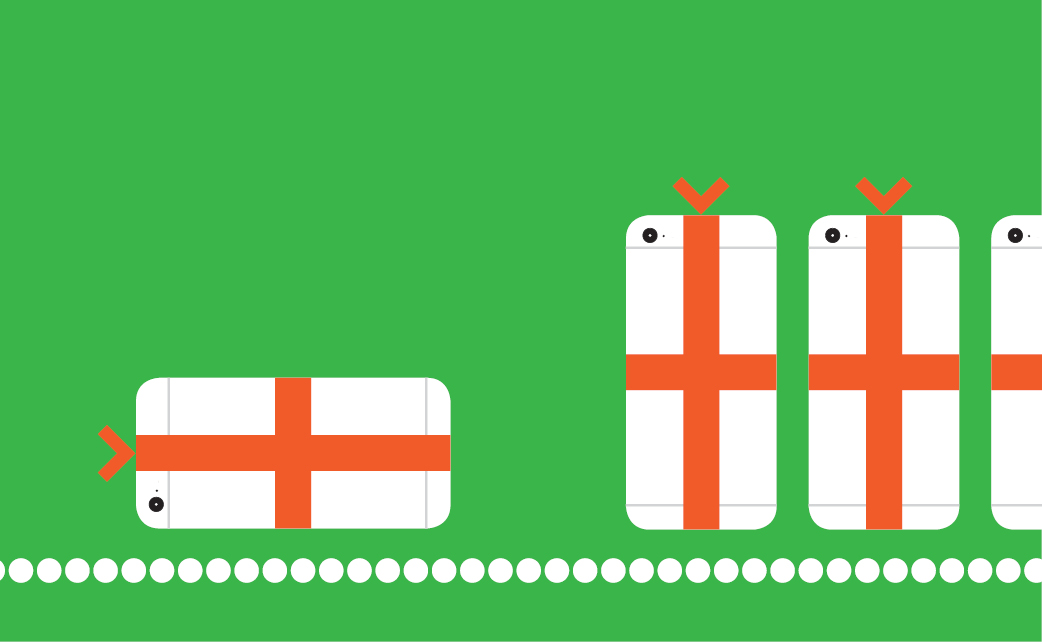 Let's not lose it this Christmas...

It’s not often you can open quoting John Lennon, but I can’t resist…So this is Christmas! And yes, I am sure we have all already had some fun celebrating with colleagues, friends and family.  During the festive season many of us will, no doubt, gain a few pounds, but we are statistically likely to lose something too - our mobile phones.

A global study of 15 million users compiled by mobile security firm Lookout revealed that in 2011, phone losses around the world spiked on Christmas and New Year's Eve. In fact, every 3.5 seconds, someone in America loses a mobile phone. In 2011 a staggering $30 billion worth of devices were lost.

The study showed that people in Manchester, England, have the highest likelihood of losing their phone out of any other population in the world. So it seems Manchester is THE party city in the UK! It also showed that phones are more often lost at night; two-thirds between the hours of 9 p.m. and 2 a.m. local time.

If you have a company phone, losing it can pose a real security threat. According to technology specialist Cisco, as the capability of devices have increased so has the risk for business. For example, an iphone can hold some 1.2 million Microsoft Word documents or 144 million emails. A company’s intellectual property, namely confidential financial information, expansion plans, products in development, is now more vulnerable than ever.

I am advised by Lisa Hansford-Smith, our cyber underwriter here at XL Group, that given the serious consequences of sensitive and confidential data being lost, employees need to be aware of their responsibilities with regard to mobile devices. She says “data loss can be as serious as a hack and security breaches are not just a problem for the IT department.”  And she is right. We all need to understand what data is on our devices, is it business critical or confidential? Both employers and staff need to be pretty clear on the guidelines with regard to the use of such devices.

So while it is the season for giving, it’s also a time to hold onto your devices and data!  But should, as statistics would indicate, you lose your device over Christmas and New Year, it may be timely now to recap on the procedures for reporting this to your employer.

Wishing you a happy, and secure, Christmas.