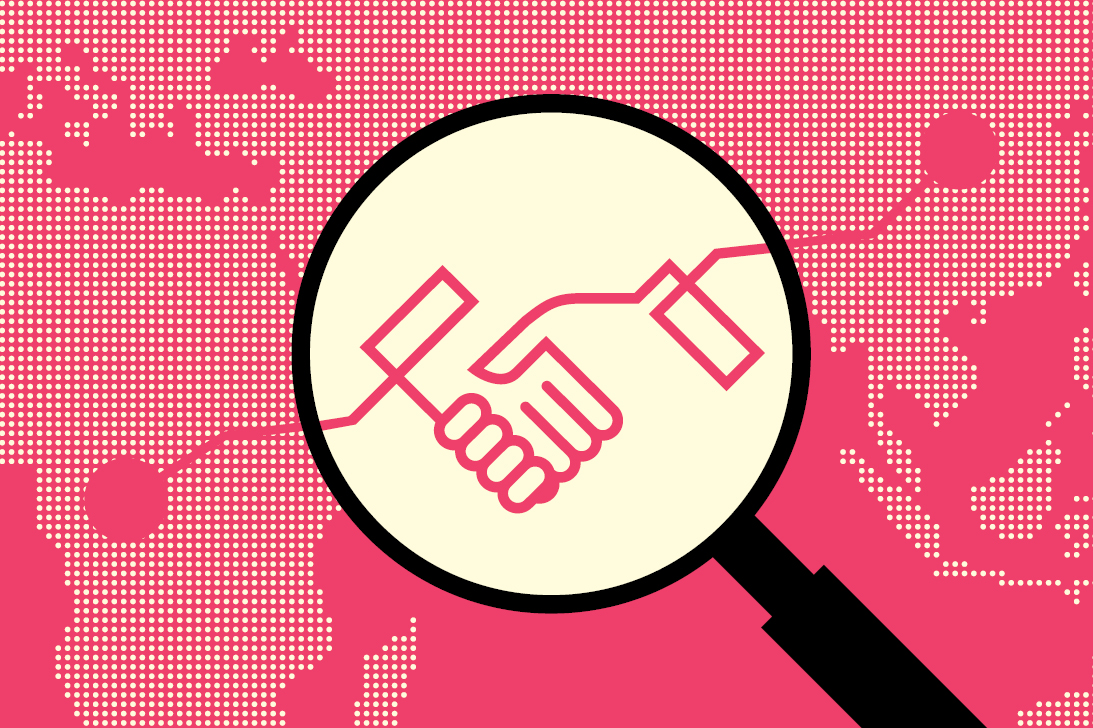 For companies pursuing the myriad opportunities available in today’s interconnected global economy, understanding and preparing for the diverse shocks that can spark political instability should be essential elements in their enterprise risk management programs.

Furthermore, political instability is likely to be a prominent feature in the global risk landscape for the foreseeable future. While citizens in many countries have benefitted enormously from globalization and advances in technology, the forces sweeping the world today have also exposed fault lines in many governments and political institutions.

One reason why political instability is unlikely to lessen is the fact that potentially destabilizing shocks are becoming more prevalent. Increasing income inequality, escalating competitions for natural resources, and the progressively fearsome effects of climate change are generating numerous challenges for governments around the world.

The deepening strands connecting countries is another factor; disruptions in one part of the world can quickly ripple across the globe. Labour strikes in Thailand, for instance, can lead to factory shutdowns in Mexico.

In this regard, China and the U.S. cast unusually long shadows. Small changes in China’s economic policies, for example, can have dramatic impacts on countries in Southeast Asia, South America and Africa. The U.S., in turn, has both the world’s largest economy – currently accounting for about 25 percent of global GDP – and its most powerful military. These give the U.S. an extraordinary capacity to respond to and shape events in all parts of the world.

Given the nuanced and multidimensional stresses virtually all governments face, building resilience against political instability is more important than ever for companies operating in more, and more far-flung, corners of the world.

Many emerging market countries, for instance, offer an abundance of low-cost labour along with less stringent regulatory standards; that can be appealing to companies looking to outsource/off-shore parts of the value chain. It’s often the case, however, that living conditions are harsh in these countries, making them more susceptible to political instability and civil unrest.

Also, in today’s interconnected and turbo-charged global economy, complexity and volatility abound. Along with outsourcing/off-shoring, other management practices enabled by globalization – especially just-in-time manufacturing and lean inventories – heighten a firm’s exposure to a vastly greater number of business partners, suppliers and commodity providers. If one goes offline even temporarily or is caught up in scandal, the economic consequences can be as damaging as a fire in a company’s factory.

Finally, it should be noted that companies sometimes have little choice but to invest in particular countries; they have to go where the resources/capabilities can be found. In these situations, building resilience against political instability is not just good business practice, it’s an operational imperative.

Understand the lay of the land

The process for building resilience in politically unstable countries starts with information and insight. While that seems obvious, there are numerous examples of companies entering a new market with only a cursory understanding of the political situation and underlying context – and learning painful lessons as a result. And in the case of critical business partners/suppliers dispersed around the world, it is often a case of “out-of-sight, out-of-mind.”

Developing a deep understanding of a country’s socio-political environment, including the historical background, competing interests and potential flashpoints, typically requires inputs from multiple sources. As Ian Bremmer, the founder and president of the Eurasia Group put it, “Political risk analysis is more subjective than its economic counterpart and demands that leaders grapple not just with broad, easily observable trends but also with nuances of society and even quirks of personality. And those hard-to-quantify factors must constantly be pieced into an ongoing narrative within historical and regional contexts.”

Third-party business intelligence/risk management companies like the Eurasia Group or S-RM, an XL Catlin partner, can provide useful support in assessing a country’s political climate. They can collect and synthesize the relevant data, and perhaps more importantly, offer insights and outlooks based on input from important decision-makers and influential citizens including government officials, civil servants, business leaders, bankers and attorneys, and journalists.

Soliciting the views of leading officials and citizens can also help a company identify with whom to form personal relationships. These can be extremely useful when built-up over time. People “in the know,” for instance, may be able to offer perspectives on different events that are not readily discernible to an “outsider.” Does, say, the elevation of this person to an important position represent a continuation of the status quo or a significant shift in priorities?

At a minimum, political instability can manifest as a pervasive level of inefficiency and disorder that place continual obstacles in a company’s path.

At the other end of the continuum – as we see currently in Venezuela – political instability can lead to violence and civil strife that results in properties and critical infrastructure being damaged or destroyed, suppliers/business partners being driven into bankruptcy, and in-country assets being seized.

To guard against these possibilities, a company’s enterprise risk management program should encompass sustainable protection systems and contingency plans designed to safeguard fixed and mobile assets, the company’s people, and its reputation and brand in all the places it has significant operations/investments.

The details and robustness of the protection measures, risk transfer solutions and backup plans will vary depending on the particular shocks that could hit a specific country plus the nature and size of the company’s operations/investments. These variables again underscore the importance of conducting detailed political risk assessments in advance and paying close attention to developments over time.

Geographic diversification – avoiding an “all the eggs in one basket” approach – can also help companies reduce their exposures to political instability and to the impacts of natural catastrophes.

As the events in Venezuela demonstrate, companies should consider having private security teams and evacuation plans ready in the event a nation becomes engulfed by civil strife and violence. Kidnap and ransom coverages may also be warranted in particular locales.

Venezuela is also a good example of the value of having political risk insurance in place even in seemingly secure countries as the sands of stability can and do change. Ten years ago, Venezuela was growing rapidly, holding democratic elections and attracting considerable overseas investment. Political risk coverages were readily available then for companies looking to safeguard their investments. Today, however, new solutions for transferring political risk are not an option in Venezuela, and companies have only limited and expensive options for protecting their assets.

In these extreme situations, firms can often benefit from expert exchanges of information with insurers or risk management/security consultants like S-RM. In our case, we may have other clients who are facing similar issues and may be able to offer suggestions as to the type of actions that appear to be working.

A final thought. Political instability can devolve into a self-reinforcing destructive cycle that is exceedingly hard to reverse.

When a country starts to slide toward instability, investors will often start to look elsewhere. That, in turn, can further destabilize the government as its legitimacy and popular support erode in the wake of low growth, persistently high unemployment and increasing inequality.

Forestalling this dynamic is becoming increasingly important and relevant, especially as the shocks confronting countries expand in number and intensity. In response, a number of global initiatives have launched in recent years to promote resilience and sustainable development. These include the Insurance Development Forum (IDF) – it comprises representatives from The World Bank, United Nations and other development-oriented NGOs plus senior leaders from major (re)insurers and brokers.

Multinational companies looking to prosper in a smaller and flatter world can only benefit from these efforts and are encouraged to support them however possible.

Brendan Plessis is XL Catlin’s head of Emerging Markets, Insurance and Reinsurance. He is based in London and can be reached at  brendan.plessis@xlcatlin.com.