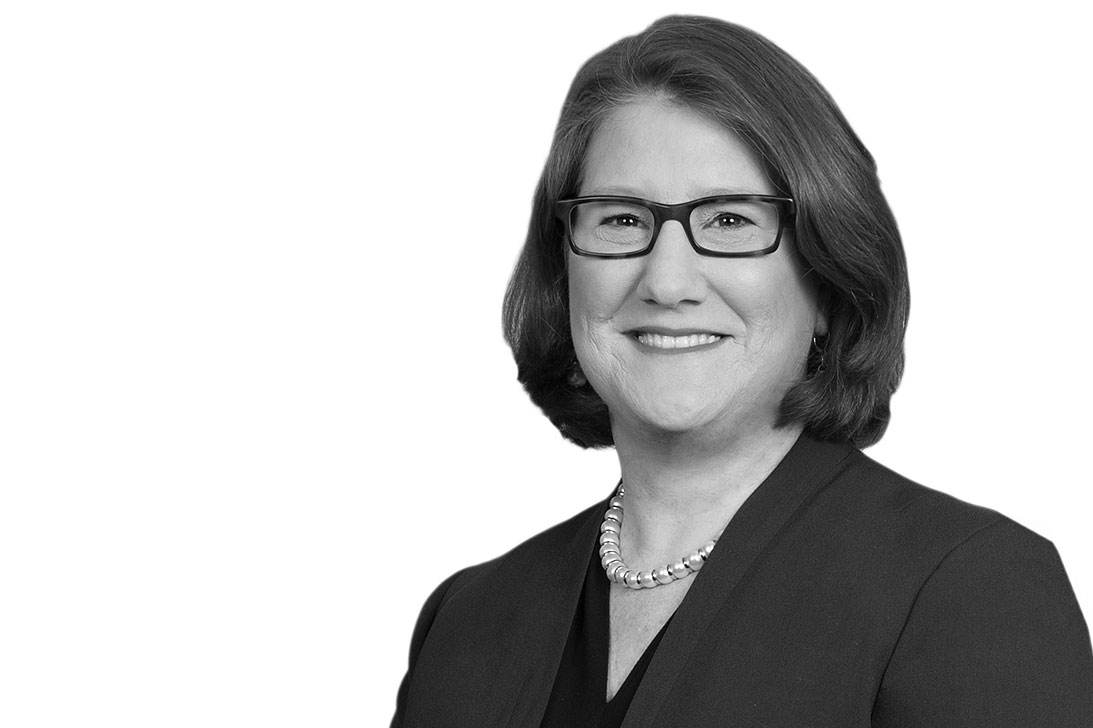 Becoming a leader and bridging the gap between personal and professional

The insurance industry is not known as one of the most diverse industries. A lot remains to be done to boost diversity and inclusion within our companies – especially at the Executive and C-levels. A big part of what needs to change is the way we – as women – embrace our gender-specific traits. We need to confidently put our abilities to work and courageously take risks: step up to the challenges presented to us or seek out challenges to test our strengths and show our tenacity and abilities. And, we need to learn from each other. We didn’t have these kinds of opportunities in the late 1980s when  I was starting out as a woman in insurance.

As part of our education at the Academy, we were required to serve 6 month terms as midshipmen aboard commercial US merchant ships. At that time, any woman onboard a ship was a rare occurrence- not to mention quite an unwanted occurrence in some cases. Within the first couple of hours on one of my ships, the ship’s Captain bluntly informed me – “women do not belong at sea!” He made it very clear he did not want me on his ship. I was given specific orders to leave the bridge any time that he, the Captain, was there. Plus, I wasn’t allowed to eat in the dining room at the same time as he ate his meals. This went on for the entire time I worked aboard that ship.

As if surviving life onboard a ship as the only woman among many men wasn’t challenging enough – now imagine being a young – gay – woman in this environment. It’s hard for me even now to imagine. First off, I didn’t want to believe that I was gay. In the 1980s, when I was questioning my sexuality, there was even far less acceptance of gays than there is today.  And at that time, being gay in any military service was cause for dismissal.

Don't be afraid. Put yourself out there and make things happen.

I know for a fact that there were gay people at the Academy who were forced to live a life of deception so they wouldn’t lose a great educational opportunity. As one of eight children, I certainly couldn’t risk being kicked out of the Academy and banned from service which would mean being forced to pay back the education that I worked very hard to pursue. Admittance to the USMMA and any other military service academy garners you a free education for the price of service. When I graduated from the Merchant Marine Academy,you are required to provide eight years of service in the US Naval Reserve and work in a maritime-related field, or you could serve five years of active duty in any branch of the service. I chose the reserves. For me and many others, silence was another price we paid for – what I still consider to be – a remarkable education. This was my ticket to the future.

I worked extremely hard and powered through it. Ironically, that ship’s Captain I mentioned, gave me one of the best evaluations I got during my year at sea. He didn’t want me on his ship but he clearly respected the job that I did.

After graduating, I started working in Marine Insurance at Continental Insurance. They hired 6 marine trainees in the New York office – five men and me. While I was finally beginning my commercial insurance career, I still had to serve those 8 years in the Naval Reserves – and I remained a closeted lesbian.

Fourteen years later, having built a professional network based exclusively on my professional interactions, I led a quiet, under-the radar personal life. Then, my wife got cancer. Up to this point, I had decided not to talk about being gay at work and I never talked about my wife with colleagues. Denying who you are and keeping secrets is extremely stressful. Add cancer to the mix – well, debilitating might be the best way to describe it.

I could see that I was not able to give my best to my work. Each day became more difficult. That’s when I decided that things needed to change. I started to openly talk about my wife Jo, just like anyone would talk about their spouse. People still liked me! I didn’t get thrown out of my job! I am still good friends with many of them today. And, I’m happy to report that my wife is cancer free.

My honesty helped my colleagues gain a better understanding of the kind of person and leader I am. It made people trust me more than ever before. It permanently pushed me out of that restrictive comfort zone that I was forced to live in for so long. It made me a more authentic, confident, strong and compassionate leader, someone who is not afraid to follow a different path – both professionally and personally.

There are three things I hope you will take away from my experience:

At the very least, it will make you happier and, quite possibly, you’ll inspire others and gain the confidence and respect to become a great leader.

This article was developed from a speech given by Anne Marie Elder at the IICF Womens Conference in Dallas, TX.