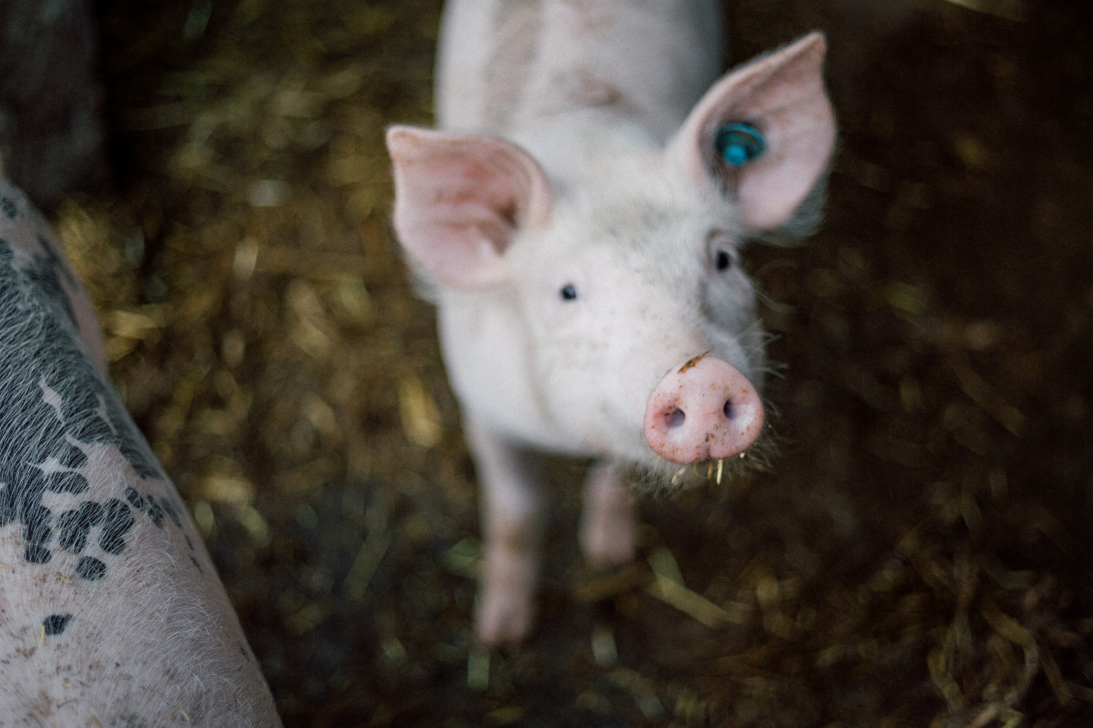 African swine fever: how husbandry can help reduce the risk

This year is the Chinese Year of the Pig. For many, the pig is considered auspicious and symbolises prosperity. It also forms an important part of many countries’ agricultural economies.

China is home to half the world’s domestic pigs, and the country produces about 50 million tonnes of pork meat each year, making it the world’s largest producer.   It is also the largest consumer of pork in the world; the consumption of pork in China per head now outstrips that of the U.S.

But a deadly swine disease called African Swine Fever has, since 2018, been reported in at least 28 of China’s 34 provinces, resulting in more than 950,000 pigs dying or being culled. And it isn’t just China that is affected. ASF has been detected in other parts of Asia as well as in Europe.

The disease was first detected in Europe in the 1950s and affected several countries in the Americas during the 1970s and 1980s. It was eradicated in those areas – with the exception of the Italian island of Sardinia – but then made a return in the 2000s when it spread from south-eastern Africa to the Caucasas region and then was detected in several European countries.

The most recent outbreak has affected several Asian and European countries.

ASF does not affect human health but is almost always fatal to pigs. The virus causes fever, lethargy and loss of appetite, and then in its later stages symptoms can include a reddening of the skin, vomiting, diarrhoea and laboured breathing. There is currently no vaccine or cure and in more than 90% of cases the animals sadly die.

ASF is spread by contact – rather than by inhalation like some other forms of disease. This, in theory, should make it easier to control than some other outbreaks. But there are several factors that make ASF particularly difficult to contain.

The virus can survive for several months in carcasses and cured or frozen meat. And while there is no risk to human health, if infected pork products are fed to pigs – either in swill or inadvertently via discarded food scraps – the virus could be transmitted.

Another big problem faced in containing the virus is that it can be transmitted from wild animals, such as boar, to domesticated ones.

In January, the Danish Agriculture Minster announced that the country had started building a fence along its border with Germany in a bid to prevent wild boar entering Denmark. While Germany is currently free of ASF, experts have expressed fears that the disease – which has already been detected in Belgium – could spread throughout Europe.

Measures like building a fence along a border sound drastic, but the pork industry plays a large role in the economies of many countries. For example, Denmark has some 5,000 pig farms, which rear around 28 million pigs a year – about 90% of which are exported. It is the only country in the EU where there are more pigs than humans; 215 pigs to every 100 people.

The threat of ASF spreading has prompted action from other countries and agencies too.

Poland and Germany, for example, said they would carry out coordinated simulations to test responses for if the disease spread across borders.

The European Food Safety Agency last year made a series of suggestions to help stem the spread of ASF, which included increasing hunting of wild boar. The EFSA also said that greater awareness was needed and said that “passive surveillance” – reporting of dead wild boar – would be a useful way to keep track of the spread of the disease and to detect new cases.

The EFSA has funded a project, ENETWILD, aimed at collecting data on the geographic distribution and abundance of wild boar across Europe to help this effort. A greater understanding of the involvement of wild boar in the spread of this disease should help to better control and prevent it in future.

Farmers who fear the spread of ASF can take several measures to decrease the risk of contamination.

Although humans are not harmed by the virus, they can transmit it via their shoes or clothing, for example. Operating strict biosecurity controls, such a dramatically limiting the number of visitors to a farm and restricting human contact with animals, can help to curb the spread of the disease.

The so-called “Danish entry system” can be an effective way to stem the spread of disease. In this system, the primary entrance room attached to the production area of the barn is divided into two – a “dirty” side and a “clean” side.

The two sides should be divided by a solid barrier and each side should have places to store clothing and footwear and facilities for people to wash their hands.

Vehicles also should be subject to strict controls – even a farm’s own vehicles could bring disease in (and out). But limiting the number of vehicles entering and exiting a farm can be a challenge when you factor in the need for visits from vets, suppliers, maintenance staff and the like.

Vehicles should, where possible, be parked off-site. Any vehicles that do enter the farm should drive through a trench of disinfectant dip of sufficient depth to ensure that wheels are fully immersed.

Farms should be securely fenced to prevent other animals entering the farm. A secondary fence capable of resisting wild-pig entry also is a wise measure.  In certain cases, it might make sense to cover areas to prevent birds entering.

Feed should be sourced from an accredited supplier or in-house mill. And feeding systems should be managed to ensure that food is securely stored in silos, and that feed-delivery systems are protected from contamination by wild birds, vermin, or other pigs.

Everyone hopes that the spread of ASF can be contained and the disease eventually eliminated. But insurers can help clients to minimise the financial impact of outbreaks like this and others, such as avian flu.

As well as setting standards before any event, insurers can offer coverage for the difference between market value and any government compensation if livestock needs to be culled, for example.For now, farmers, governments and insurers are working to try to stem the spread of ASF and hope that this year sees the pig re-established as a symbol of prosperity.