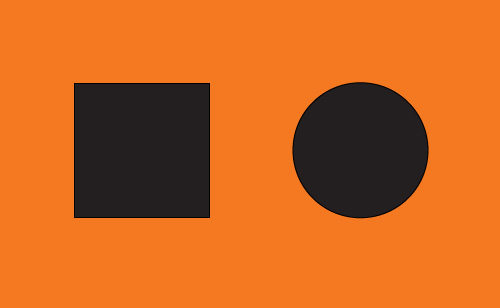 Lost and Found: Considering all the costs of Search and Rescue

In 1656, the Dutch East India Company ship, Vergulde Draeck (aka Gilt Dragon), carrying trade goods and eight chests of silver worth 78,6000 guilders, wrecked just south of what is now Perth, Australia.  Of the 193 crewmembers, 75 made it to shore after the wreck. To find survivors and the wreck, boats were dispatched, although it took 40 days for the first to reach the site of the wreck only to find nothing.  Many maritime historians consider the search for Vergulde Draeck as one of the very first coordinated, albeit unsuccessful, maritime search and rescue mission.

To aid people or vessels that are in distress or imminent danger, search and rescue takes a variety of forms, among them mountain rescue; ground search and rescue, and air-sea rescue (ASR) over water, such as the attempts currently underway to find Malaysia flight 370.  ASR can involve many different resources – seaplanes, helicopters, submarines, rescue boats and ships – plus specialized equipment such as acoustic sonobuoys that are being used in the flight 370 search.

There was a big span of time between the search for the Vergulde Draeck and today’s coordinated Search and Rescue (SAR) mission.  Most nations did not build up their SAR capabilities until after World War I, with one of the first being, the UK’s Royal Air Force forming its first air sea rescue service in 1918.  Prince William served out his military career as a RAF search and rescue helicopter pilot.

The US Coast Guard, which is actually eight years older than the US Navy, has long “worn many hats” including search and rescue.   During World War II, the Coast Guard was charged with developing the helicopter for anti-submarine warfare. After the war, the emphasis of helicopter development was changed from anti-submarine warfare to search and rescue.  By both air and sea, the Coast Guard responded to 19,790 Search and Rescue cases and saved 3,560 lives and more than $77 million in property in 2012.

And, the New York Police Department has also operated its air-sea rescue program since 1986, which was called to the rescue in January 2009, when US Airways Flight 1549 crash landed in the Hudson River.

Recently, it took three federal agencies, a fixed-wing aircraft, a US navy warship and scores of personnel to rescue an ill baby girl and her family from their broken down sailboat 900 miles off the Mexican coast. The family had set sail on a journey around the world.    As the US Navy, Coast Guard and California Air National Guard do not charge for search-and-rescue missions, the couple will not have to repay any of the agencies for their dramatic rescue.  While that is not customary for most government agencies to charge for a rescue, it’s a rescue situation that’s drawn ire from many.

And it is not the first time that costly rescues of individual seeking adventures at sea or on land have drawn criticism about the cost to rescue adventurers.  Nevada spent more than $1.6 million looking for millionaire adventurer Steve Fossett whose one-man plane crashed in 2007.  The state asked Fossett's family to help pay for rescue expenses. A friend of Fossett’s, hotelier Baron Hilton, also contributed $200,000.

There are a growing number of local governments, feeling budget constraints that are asking people they have to save to pitch in. Eight states - California, Oregon, Colorado, Hawaii, Maine, Vermont, New Hampshire and Idaho - now allow local authorities to recoup money spent on rescue efforts.

Charging for rescue is not something that search-and-rescue groups advocate.  In fact, they believe charging for rescue actually puts victims and their rescuers’ lives at greater risk because the potential costs may cause an individual lost or in distress to pause and not call for help immediately.  In turn, a lengthy hesitation can actually increase the cost and man hours required for a search and rescue in the long run.  Others feel that if there was a cost attached, many individuals would think twice before embarking on a risky trek to the mountains or seafaring journey around the world.

While the Coast Guard or other government agencies may be called on for search and rescue missions, the sea has its own set of rules.  Centuries of maritime tradition and international law require the US government and US-flagged ships to help vessels in distress - no matter who is at fault or the cost.

In 1979, the International Maritime Organization adopted the International Convention on Maritime Search and Rescue (SAR) which aimed at developing an international SAR plan, so that -- no matter where an accident occurs -- the rescue of persons in distress at sea will be coordinated by a SAR organization and, when necessary, by co-operation between neighboring SAR organizations.  Although the obligation of ships to go to the assistance of vessels in distress is a maritime tradition, there was no international system covering search and rescue operations until this convention was adopted.

And vessels do adhere to this maritime obligation.  For instance, a Canadian yacht recently overturned in the South Pacific Ocean.  The yachtsman was rescued in a joint effort by a Royal New Zealand Air Force Orion and freighter ship Fidelio. The man's yacht L'Antillaise was hit by a storm, causing it to roll over and start leaking.  The Orion was sent to the scene northeast of Auckland, New Zealand and the Fidelio, which was carrying a shipment of cars, was diverted to the scene. Orion aircraft spotted the yacht and the yachtsman was then able to climb aboard the Fidelio.

No one sets out to get into trouble.  When they do encounter trouble, however, they want to address it without hesitancy.  One way to address any uncertainty is through today’s marine insurance policies.  Only a handful of carriers, XL Group being one of them, offer yacht coverage that provides global coverage and protection for often-overlooked search and rescue expenses.

While the US Coast Guard and many other governments do not charge for at sea search and rescue missions, as previously mentioned, budget-constrained local authorities are seeing greater need to charge for their services in emergency circumstances.  As there is more public outcry about the expense of such missions to rescue individuals who have chosen to put themselves in risky situation, there may be greater possibilities of a yacht and its crew seeing invoices from local governments in many parts of the globe.

Yacht coverage available today typically offers up to $50,000 for expenses related to a search and rescue.   Search and rescue costs can be incurred in a variety of other ways:

A life is a life.  There is no price tag that can be attached to it.  And a network of well-trained and qualified SAR organizations, along with a longstanding maritime tradition still going strong at sea, save lives without putting cost as a priority.  Responsible mariners also have the option to address cost uncertainty with recreational marine insurance – to address other search and rescue expenses.  Certainly, no one sets out to get in trouble but many can set out to be better prepared to overcome trouble that befalls them.