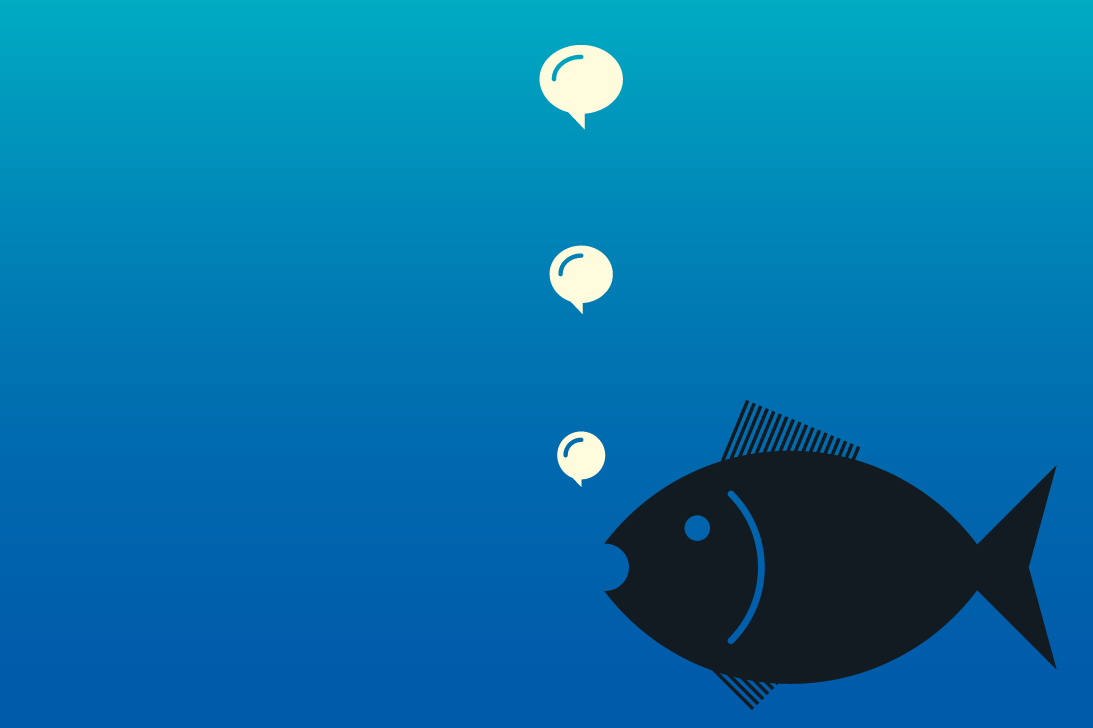 We need to listen to the fish

Are fish trying to tell us something important about climate change? We believe they are and we need to listen.

Fish are a key indicator of change in the ocean.

Observing their behaviour patterns can help us to better understand the risks that climate change poses to societies and businesses.

Studying the effects of climate change on oceans, and their inhabitants, can not only help give an understanding of the transformation happening there, but also provide valuable insights into the wider risks that climate change brings. This is why for the past eight years, XL Catlin has supported ocean science research focused on key indicators of change, including Arctic sea ice loss, coral reef health and exploration of deep ocean habitats.

More than 93% of the increased heating caused by the greenhouse effect and other human activities since the 1970s has been absorbed by the ocean, according to a 2016 report  supported  by XL Catlin and produced by the International Union for Conservation of Nature.

And the effects are being felt.

Marine species are migrating up to five times faster than their counterparts on land – typically towards the poles where water is cooler. Not only are certain species of fish moving towards colder waters, but in many cases their food supplies – such as plankton – also are moving as a result of changing conditions. This means ocean ecosystems are rapidly changing.

The movement of fish away from equatorial waters will threaten the economies of many developing nations that rely heavily on fish for both trade and food.  Aquaculture may become unsustainable in some areas, and the migration of already overfished stocks could create food security issues for developing economies.

There is an imperative for insurers and reinsurers to listen to the fish too.

A massive algal bloom event in Chile – the world’s second largest producer of salmon - in 2016 caused both economic and insured losses after millions of fish died. Algal blooms, which result after an increase in nutrients promotes the growth of algae, can lead to water discolouration and the release of toxins which can result in the death of fish and other marine lifeforms.

The Chile algal bloom resulted in about $600 million in economic losses to the local economy, and about 15% of Chile’s annual salmon production perished.

Insured losses were estimated at about $100 million to $110 million – the largest ever loss experienced by the aquaculture insurance market and about six times higher than any previous loss.

These losses were exacerbated by the high concentration of fish farms in one area.

As well as the depletion of fish stocks, the losses were felt in associated industries such as processing.

The event prompted some fish farmers to explore shifting their production further south where water temperature is cooler and there is less density of fish farms.

There are challenges associated with this approach, however. While the production of fish might improve, infrastructure and logistics typically are less developed and fish farmers need to weigh up the costs and benefits of moving their operations.

While algal blooms cannot be attributed to a single cause, environmental changes such as temperature rises are acknowledged to be among the factors that promote algal growth, and their frequency and severity are believed to have increased because of human activity.

The risk is evolving

The effect of climate change on the oceans, and the resultant losses to local economies and fish farmers, also provide us with important indications about the changing nature of this risk.

In recent years, climatic volatility has resulted in both economic and insured losses, such as those incurred in Canada in 2015 as a result of a super chill prompted by a polar vortex. Thousands of fish unfortunately died after water temperatures fell to a level that froze their blood. And observing the effects of other weather events can also provide us with information about the unfolding risk picture.

The El Nino phenomenon, for example,  can have huge consequences for marine life and for the aquaculture industry.

Although El Nino is a naturally occurring phenomenon that disrupts normal weather , any scientists believe that the intensity of El Nino events in recent years has been magnified by climate change.

El Nino has particular impact on countries that border the Pacific Ocean and which are heavily dependent on aquaculture and agriculture.

The insurance industry has an important role to play in helping local economies to build their resilience to the threats that climate changes pose.

As well as buying insurance coverage, there are risk management steps that fish farmers can take to help mitigate the threats posed by climatic events.

Good husbandry – the careful management of conditions in which fish are kept - not only promotes animal welfare but also makes fish farms a more attractive risk for insurers.

And steps such as avoiding overstocking can help to reduce the risk of disease caused by reduced oxygen supply or inadequate waste product removal – which can result in harmful toxins affecting fish health.

Looking after the fish – and listening to what their movements and habits are telling us – could just hold some of the keys to combatting the risks that climate change poses to us all.

Our commitment to ocean science research is aimed at better understanding this vital ecosystem and the lessons we can learn about the risks to the future of our planet. ​