Will your contract protect you in a crisis?

If your design firm can’t perform its services because of an extraordinary, unexpected event beyond your control, such as a major hurricane or a global health crisis, does your contract protect you against a client’s claim that you caused a delay on a project?

You may have heard of force majeure clauses, which excuse or delay performance when an unforeseen event beyond your control renders performance extremely difficult or impossible. But don’t panic if your current agreements don’t contain one. You may have remedies in the law and in one or more clauses already included in your agreements.

Legal doctrines
Most states and provinces recognize the equitable legal doctrines—the so-called “excuse” doctrines—of impossibility, impracticability or frustration of purpose that excuse a party from its contractual obligations when it’s impossible or extremely difficult to fulfill them.

While each jurisdiction may interpret these legal principles in a slightly different way, generally, a party is excused from performing its contractual obligations when it’s impossible to do so. Many courts will also discharge a party’s contractual duty when performance is impractical, where that party experiences extreme and unreasonable difficulty it did not anticipate. Finally, a contractual obligation might be discharged due to frustration of purpose, where a supervening event that was not reasonably foreseeable renders the purpose of the contract meaningless (for example, if a hurricane wipes out a building you’re renovating). A shelter-in-place order or government-issued shutdown of a project might satisfy one or more of these doctrines.

Contractual protections
Your agreements may also contain one or more contract clauses that address unforeseeable circumstances that could arise but are out of your control.

A force majeure clause allocates the risk of loss between parties if, according to Black’s Law Dictionary, “performance becomes impossible or impracticable . . . as a result of an event or effect that the parties could not have anticipated or controlled.” These clauses typically apply to natural disasters such as floods and fires (“acts of God”) and to human-caused events, such as labor strikes, terrorist attacks and war.

Work with your lawyer to develop contract language tailored to your specific situation and the laws in your jurisdiction.

While force majeure clauses are generally found in contracts for construction or materials, not all owner-design professional agreements contain them. Instead, the agreements may have one or more clauses that are tied to a specific outcome but operate in part like force majeure clauses in that they reallocate the risk of nonperformance caused by supervening events. The current American Institute of Architects (AIA) and Engineers Joint Contract Documents Committee (EJCDC) owner-design professional agreements do not contain specific force majeureclauses but offer other clauses that may provide similar protections.

For example, AIA’s B101™-2017, Standard Form of Agreement Between Owner and Architect, has clauses intended to apportion risk, and possibly adjust project schedules, if the A/E is unable to complete contract obligations because of circumstances out of its control. According to the AIA, the B101 addresses these issues in clauses dealing with changes to the architect’s performance of its services, and project suspensions, as well as the architect’s responsibilities and timeliness of professional services. Under the B101, the A/E may be entitled to compensation as an additional service “to the extent the Architect incurs additional cost in providing those Construction Phase Services.” The B101 also ties the design professional’s standard of performance to what other design professionals would do “currently practicing under similar circumstances at the same time and the same or similar locality.” That is, if other design professionals could not complete their services, then you couldn’t be expected to, either. (See “Resources”)

Some agreements address the issue of delays by stating that the consultant is not responsible for delays caused by circumstances beyond its control and by requiring equitable adjustment in its compensation and schedule. The EJCDC E-500 owner-engineer agreement has a clause that allows the engineer an adjustment of rates and time for completion if its progress is impaired: “If, through no fault of Engineer, such periods of time or dates are changed, or the orderly and continuous progress of Engineer’s services is impaired, or Engineer’s services are delayed or suspended, then the time for completion of Engineer’s services, and the rates and amounts of Engineer’s compensation, shall be adjusted equitably.”

Many design professional agreements also have clauses that address conditions that arise on the project that were not contemplated when the agreements were negotiated. Changed-conditions clauses create a mechanism for renegotiating (or, failing that, terminating) the agreement in the event conditions arise that would affect scope, compensation, allocation of risk, schedule or other material terms. (See “Resources”)

Going forward
If your ability to perform your duties in an orderly and efficient manner is made difficult or is held up due to an unavoidable, unforeseeable event caused by something outside your control, you should be entitled to a reasonable increase in your time for performance (and, perhaps, your compensation) without incurring liability. We recommend you incorporate those protections in any agreements you enter into. Work with your lawyer to develop language for contracts that don’t have a force majeure clause or are otherwise silent on delays, changed conditions and standard of care.

If you decide to add a stand-alone force majeure clause, be sure that it works with the other protective clauses in your contract. Crafting these clauses can be tricky. They vary widely in their interpretation by states and provinces, with some jurisdictions strictly construing their application. For example, most force majeure clauses contain a laundry list of qualifying events (e.g., acts of God, strikes, wars, riots, epidemics, acts of public authorities). But trying to list every contingency that might make fulfilling your contract impossible is, well, impossible. If you miss something, a court might exclude it. For example, if your list of possibilities doesn’t expressly reference “disease” or “epidemic,” then your clause might not be enforced by a court if you were unable to fulfill your part of the bargain during just such a crisis. To address this, many force majeure clauses include “catch all” or “savings” language that is intended to capture any cause not specifically mentioned (e.g., “or any other reason, whether of a like nature or not, that is beyond the control of the party affected” or “including but not limited to”). Again, interpretation depends on the jurisdiction.

You and your lawyer will need to tailor the language to your specific situation and the laws in your jurisdiction. Together, you can consider the risks of your project, as well as crises and acts of God, what relief would look like, and how the clauses in your contract will work together to protect you. 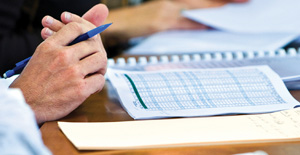 with public health regulations in effect, architects and engineers may have to shift their strategies for conducting site visits, depending on whether the project is deemed essential, and taking into account one's ability to staff a project with employees, travel restrictions, proper hygiene, social distancing and other precautions being implemented at the jobsite.
Read More