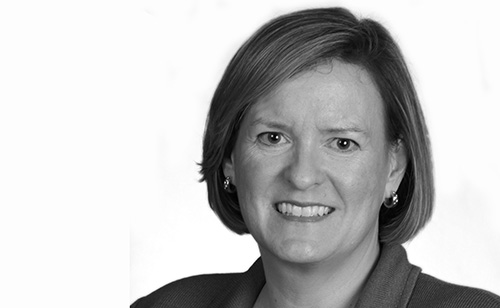 Winning in a Competitive Environment: Who knew Baseball and Insurance had so much in common?

“Who knew baseball and insurance had so much in common!”  That’s the first thing I said to Billy Beane, general manager of the Oakland A’s, when I met him.  His response back – he always thought an actuary could do his job better than him because actuaries are rational and unemotional. He obviously doesn’t know how emotional we actuaries can get sometimes.  But he is right that it takes analytical discipline to do what he has done.  Insurance has so many new sources of information and bigger pools of data, we’re looking to uncover ways to change our game using analytics – just like he did – to help our companies maximize their resources and win profitably.

Most remember Billy Beane as the central figure in the 2011 Moneyball, the film starring Brad Pitt as Beane, based on the book Moneyball: The Art of Winning an Unfair Game by Michael Lewis, published in 2003. The book and subsequently, the movie, focus on Billy’s use of analytical, evidence-based, sabermetrics to assemble a competitive baseball team for the Oakland A’s despite having a much smaller payroll than the other 29 Major League baseball teams it competes against.

I have long been a fan of Billy and not just for what he does with data.  He’s known for making fast decisions, including his rapid-fire trades.  His biggest regrets are situations where he knew from the math what to do, but didn’t act when he knew he should. And while he has plenty of critics, he has stuck to his guns about his approach.

There you have it.  Over time, an accumulation of good, data-driven decisions will lead to business improvement.  To get to the point where data supports decisions, many (including me) have learned a few valuable lessons from Billy Beane’s experience.  Even more importantly, we’ve learned from his persistence.

Lesson 1:  Our biggest risk is doing nothing.

Idleness gets you nowhere.  When Billy took on the A’s GM position he described his situation – “You have a pot of money, not a nickel more.  And I knew that if we played the game the same way we’d lose.”

Every business works under some constraints.  It could be size, market or budget, among other things.

Because of constraints, some may just choose to operate in the status quo and plod along.   Those in Property & Casualty insurance, for instance, will be quick to say that a major constraint has been a long standing competitive market.

Underwriting hasn’t changed much either.  While carriers’ policy terms and condition or appetites may vary from insurer to insurer, the actual underwriting process is relatively similar, no matter where an underwriter works. Underwriting is a thoughtful, analytical process, but most everyone is looking at the same risk factors.  But let’s look elsewhere and consider things that no one else has.  Identifying new data that are predictive of underwriting risk can be extremely powerful in improving underwriting decisions.

In our competitive environment we will win if we do things differently in the same way Beane did – find unique ways to identify which risks are overcharged or undercharged by the market. And that’s a good segue for the next lesson.

Lesson 2:  Advanced analytics is nothing new for baseball or for insurance – it is taking what we’ve already done to the next level.

While the game, and managing the game, hasn’t changed much in either industry, the amount of data and information collected over decades, and even centuries, is inviting change.  That’s how Billy Beane and other analytics proponents met with a lot of skepticism.  They made out-of-the-box decisions and bucked traditional ways of thinking using information that most in the industry didn’t think was important.  Rather than looking at a player’s batting average, Billy and his team looked at on-base percentage as well as the ability to draw walks, which others did not value as much.  To score, after all, a player does have to get on base.  Digging deeper into data, they gained valuable, new insight that proved, over and over, to correlate with winning performance.

Similarly, the insurance industry has looked at a lot of the same information over decades, even centuries.  Now there is even more and different data to examine.  At the next level, insurers are looking to determine what new available data can help us optimize our business decisions.

Over time, an accumulation of good, data-driven decisions will lead to business improvement.

Lesson 3: Analytics only has value if you act on them

We build predicative models but it’s our underwriters who use them, applying their own intuition and years of underwriting experience to the decision-making. Billy Beane told me that “the math tells you what to do; you just need the courage to do it.”

Imagine having more information than your competitor. If you also have decades of experience to make the most of that information you will develop a competitive advantage over those that don’t have the information you have. That’s a good place to be. Baseball is there now. There are more scouts in baseball than there were pre-Moneyball and they are more effective because they have better information.

Competitive advantage all comes down to using the analytics. In fact, I’d rather have a B+ model and ‘hit it out of the park’ with my colleagues using it in their underwriting process than to have an A+ model that no one touches.

Lesson 4: Change is the hardest part. But it has to happen.

If we don’t change, we won’t improve. Billy Bean began applying his style of sabermetrics wholeheartedly during the A’s 2002 season – the season followed in Moneyball. In that year, the Athletics became the first team in the 100 or more years of American League baseball to win 20 consecutive games.

Billy Beane’s admirable persistence and patience in the face of strong resistance from the rest of the A’s organization, fans and media paid off. Having seen the success that analytics has brought to the team, all levels of the Oakland As organization are now onboard. Since 2002, other teams have replicated Beano’s approach and are also seeing success with it.

Underwriters have to make changes too in order to reap the business benefits of analytics. Fortunately, dramatic changes are not required on either the front end or the back end. Effective analytics result in change over time. There is a misconception that the models must be perfect. Models only need to get us incrementally better, to help us be less wrong. But small changes over time can have a really huge impact in both baseball and insurance. One extra hit a week for a baseball team or avoiding one $10 million claim is impactful.

Lesson 5: We’re in this for the end game.

Most businesses do not set out to meet expectations. Their goal is to exceed them. That’s what we need to be predictive modeling for – to improve our end game, to rally the cost of wins and lessen the financial impact of a loss.

Benjamin Morris wrote an interesting article this past summer – Billion-Dollar Billy Beane – for the website, FiveThirtyEight.com. According to Mr. Morris, over the past 15 years, the A’s have had the fifth-best winning percentage in baseball with the fourth-lowest total payroll. Using statistics from ESPN, Baseball Prospectus and Baseball-Reference.com, he calculated that the A’s have exceeded expectations by close to $1.38 billion given their number of wins vs their payroll. Few would argue that – despite not playing in a World Series since 1990 – the A’s aren’t winning at their game.

While there is no World Series in insurance, sustaining a series of good, data-driven decisions over time can help us be champions that outperform and exceed expectations.

Kimberly Holmes is senior vice president of Strategic Analytics at XL, where she is responsible for expanding XL Group’s use of leading-edge risk analytics throughout the company. She joined XL in 2010 from Endurance Specialty Insurance, where she was senior vice president and chief actuary of the Endurance Risk Solutions division. Her career experience includes a variety of actuarial and underwriting roles.