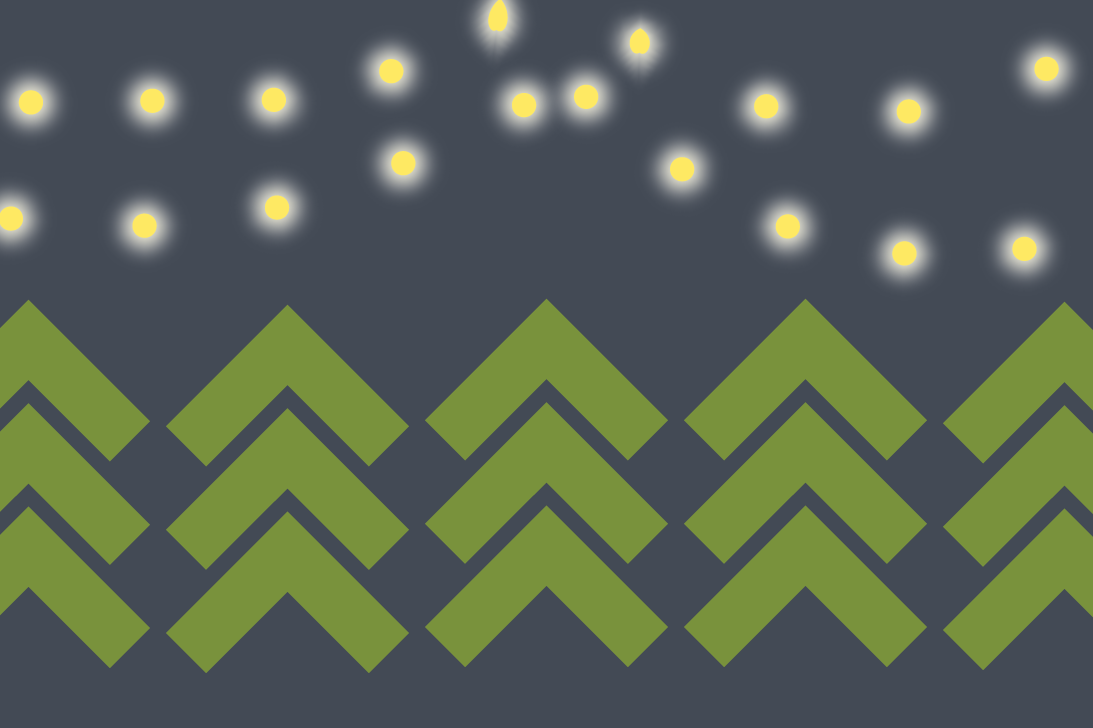 Where are all our Christmas trees?

“The Christmas trees stand packed together at the little stand on the street corner. Lit only by floodlights, each tree is indistinguishable in the little felled forest leaning against the racks. The firs are all still bunched in the upright, uptight shipping pose needed for the tractor-trailer that dropped them off two days earlier, their limbs seized by twine in a severe pillar that belies their shaggy looseness. Since the spring, the trees’ world had been the mountains. Now, they’re destined to adorn a living room, a bank lobby or an office to the delight of wide-eyed children and adults.”

The modern Christmas tree first appeared during the Renaissance of early modern Germany. Its 16th century origins are sometimes associated with Protestant Christian reformer Martin Luther who is said to have added the first lighted candles to an evergreen tree. By the early 18th century, the Christmas tree had become common in the towns of Germany.

A significant factor in the Christmas trees’ popularity was the German army’s decision to place Christmas trees in its barracks and military hospitals during the Franco-Prussian War.  In the 1780s, Hessian soldiers, stationed in the Province of Quebec to garrison the colony against American attack, supposedly brought the Christmas tree to North America. General Friedrich Adolf Riedesel and his wife held a Christmas party at the garrison, delighting their guests with a fir tree decorated with candles and fruit. The Christmas tree became very common in the US in the early 19th century because of a woodcut of the British Royal family with their Christmas tree at Windsor Castle.

In the US, Christmas trees were generally harvested from wild forests. Today, almost all are commercially grown on tree farms. Annually, nearly 35 million trees are cut, baled and shipped by truck, train and plane to all 50 states, the Caribbean, Mexico, Canada, Japan and other points around the world. Over 100,000 people are employed on Christmas tree farms.  According to the National Christmas Tree Association (NCTA) which represents 29 state and regional associations and more than 4,000 affiliated farms, the top Christmas tree producing states are Oregon and North Carolina.

Preparation for next year’s holiday season starts the moment the current season ends. Between January and March, farmers replenish their harvest by planting 1 to 3 new seedlings for each harvested tree. The life cycle of a Christmas tree from a seed to a 7-foot tree is between 8 and 12 years. When a tree is harvested or cut down, the seeds are extracted from cones and the cycle repeats itself.

This year, a shortage is predicted.  Why?  There are a couple of reasons.  One is blamed on the weather. Another is blamed on the fact that farmers turned to planting other crops instead of Christmas trees during the 2008 recession.  As it takes 8 to 12 years to grow a tree, many of the US farmers planted fewer seedlings or went out of business altogether during 2008. At the same time, total acreage in production declined 30% between 2002 and 2012, according to the latest federal data available. To compound things, in 2016, tree farmers cut trees targeted for the 2017 market to meet 2016 contract demands. Today’s shortage is the result of actions taken over 8 years ago.

The supply chain risks in this situation are very different from a manufacturing supply chain disruption. Instead, the famous shortage of bolts which caused a disruption in the manufacturing and shipping of Nintendo games during the holiday season a few years ago, took only a few months to materialize. Today’s Christmas tree shortage actually started eight years ago because farmers did not plant enough Christmas trees.

The lack of trees is generally impacting Florida, Arizona and Illinois, according to the New York Times. These states are farther from Oregon and North Carolina, which account for 37% and 25%, respectively of Christmas tree production. In addition, the shortage will disproportionately affect smaller retail lots, especially those where churches and schools have fundraisers. Big box retailers like Home Depot and Lowe’s have long-standing contracts with tree growers and will probably have enough trees for the season.

According to a recent USA Today report, the higher price and potential short supplies are prompting more people to take a look at artificial trees.  Of the estimated 95 million American households with Christmas trees this year, 81% will display fake ones, according to an NCTA survey conducted by Nielsen.   But that’s a supply chain story for another time.