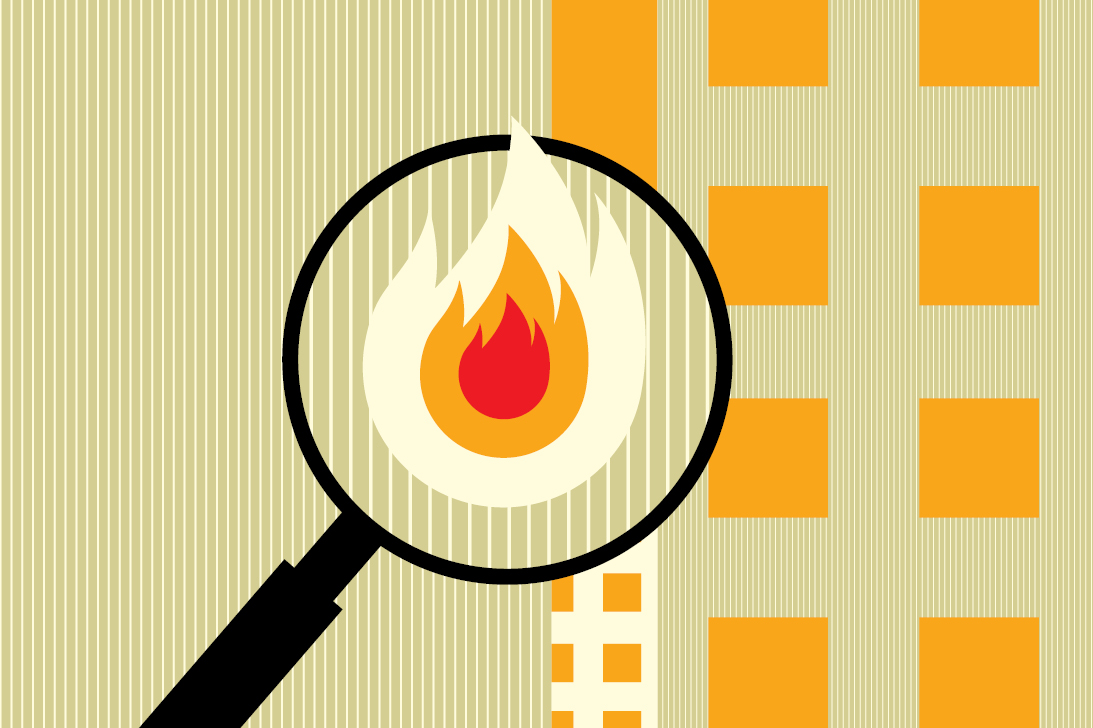 A skyscraper engulfed in flames certainly makes for an arresting sight.

Shortly before midnight on New Year’s Eve, faulty wiring in floodlights on the 14th floor of a luxury hotel in the Persian Gulf ignited the building’s exterior panels, and fire spread rapidly up the entire height of the building. Since a number of TV crews were on hand to broadcast the city’s New Year’s fireworks show, images of the building covered in fire were soon being broadcast around the world.

Earlier in 2015, the outside of another skyscraper in the Persian Gulf caught fire, and the exterior cladding was charred from the 50th floor to the top of the 79-story building. And there is a long list of other examples. In fact, there have been more than a dozen major exterior fires since 2009 on skyscrapers in countries around the world including China, the United Arab Emirates, Russia, Turkey, France and South Korea.

While most of these fires did not spread internally, a building scarred by an external fire creates a discomforting sight, and few people want to work, live or stay overnight in such a building. And in some instances, the damages were extensive, and the buildings remain unoccupied to this day.​All It Takes Is a Small SparkThese fires share a number of similarities.

All were started externally, often from a relatively innocuous source; a cigarette butt, a grill. Once ignited, the fires all spread quickly along the exterior of the building, and the sprinkler systems had no effect in limiting the spread of the fire externally.

And they were all covered with exterior wall panels containing combustible materials. According to a sales manager for one panel manufacturer, “a 5,000 square-meter façade clad with composite panels is equivalent to 19,000 liters of fuel.”

​These panels – technically described as Exterior Insulation Finish Systems – typically have a plastic insulating layer with thin aluminum facing layers on both sides. The panels are often fixed to the outside wall of the building with small studs, leaving a gap between the wall and the panels.

Composite panels with an ordinary polyethylene core are the least expensive option, yet they can catch fire fairly easily, even from a low ignition source. Once ignited, the fire will often spread rapidly across the entire height of the building due to the chimney effect created by the gap between the panel and the outside building wall. And when these fires spread upward, fire departments are often unable to reach upper floors with water hoses, and falling debris is a hazard to fire crews on the ground; damage to cars and nearby properties is also common.

(See the box below to read about how the city of Dubai is confronting this risk by equipping firefighters with jet packs.)

Over the years, test protocols (ASTM E-119 and NFPA 285) for determining the flammability of external wall panels have been incorporated into building codes in some countries, particularly the U.S. and UK. As a result, the building stock in these countries is highly resistant to an exterior wall fire.

In the United Arab Emirates, plans to issue updated building codes to address this threat have been delayed in order to make them even stronger. Significantly, the pending changes will not only restrict the use of combustible panels, they will also stipulate that manufacturers found providing unapproved building materials will be prosecuted.

​Insurance underwriters are also influencing the use of composite panels in high rise buildings. According to Eric Deason, XL Catlin’s Underwriting Property Manager in Germany, “XL Catlin’s underwriting guidelines state that buildings with composite panels must be rated a high hazard. For example, an office building that normally would be classified a low hazard, would still be rated a high hazard if more than 25 percent of the structure has such panels. And a high hazard rating means that the coverage terms and conditions would need to be modified to reflect the underlying risk.”

​In many countries, however, building code requirements continue to allow developers and architects wide latitude in selecting exterior building panels. And local insurance underwriters may be unaware of this issue, or more receptive to giving the property a standard rating. As a prominent fire safety engineer noted, “Such countries have provided, and continue to provide, loss lessons for what can happen when combustible materials in exterior non-load-bearing wall assemblies are not limited to proven, fire-tested assemblies.”

​As a result, high rise building owners and managers should be aware of the precise composition of their exterior panels, especially in countries that historically have not required the use of noncombustible materials. And if the panels have an ordinary polyethylene core, precautions should be taken to lessen the risk of the building becoming engulfed in fire.

- Electrical systems on the exterior of the building should be checked and shielded where necessary.- Contractors working around the exterior of a building should be specifically alerted to this risk, and extra care should be taken when using, for example, welding equipment or anything else that could generate a spark.- For residential buildings with terraces, limits should be placed on the use of grills, plastic and wood furniture, and storage of combustible household items.

​A variety of retrofit options are currently being studied to improve fire safety in buildings with combustible façades. These include installing noncombustible panels at specific intervals to create fire breaks, and adding sprinklers at certain elevations to stop fires from spreading.

Fire safety risk engineers can help owners and managers assess a building’s risk for an external wall fire, and identify appropriate steps to minimize this threat. Insurance underwriters should also be aware of this risk – for both new and existing buildings – and base their underwriting and pricing decisions accordingly.

Want to know more? Roland can be contacted at: roland.murr@xlcatlin.com