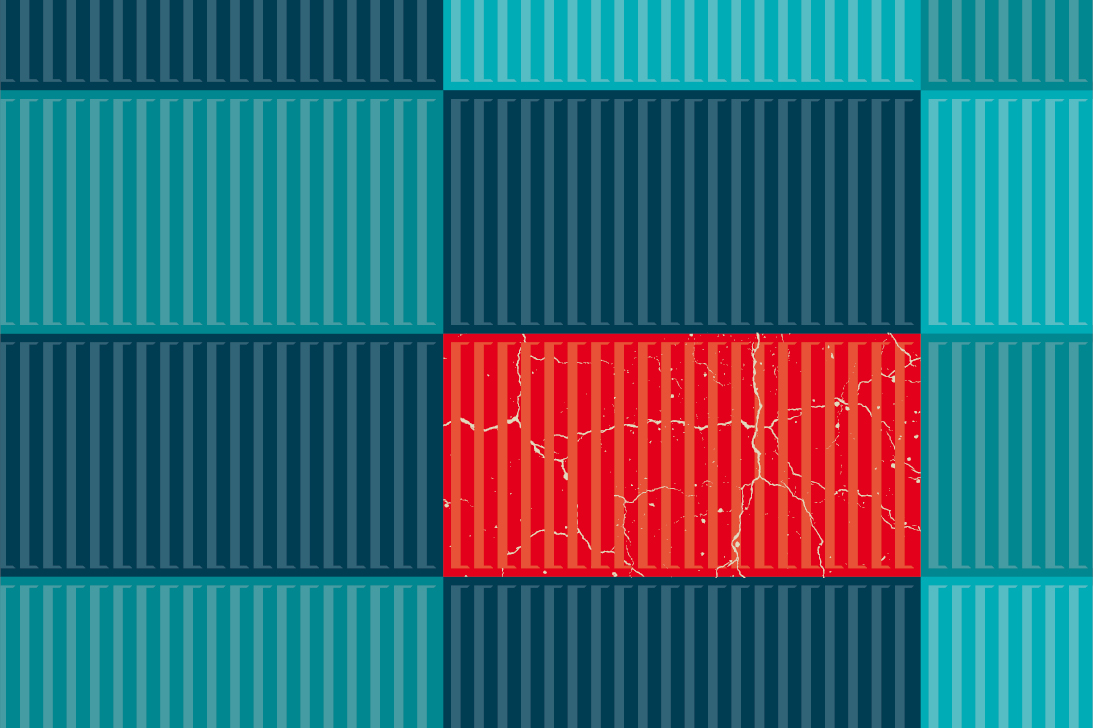 The Perils of Misdeclared Cargo

The paperwork said the container contained calcium chloride, a harmless chemical. In fact, it contained calcium hypochlorite. Calcium chloride or calcium hypochlorite – seems like it shouldn’t make a big difference?Wrong. Calcium hypochlorite, or cal hypo as it’s often called, is a common chemical that is used to disinfect drinking water and sanitize swimming pools. It can also explode when exposed to temperatures of 30C-55C, or in the presence of certain impurities. Shipping companies are well aware of the risks posed by cal hypo, and most have refused to carry it since 2002.This misdeclared container was on the ZIM Haifa in 2007. Believing it contained calcium chloride, the crew stowed the container deep in the hold not far from the engine room. Two days after transiting the Panama Canal, it exploded. It took the crew several days to get the fire under control, and more than 100 containers were damaged. Total losses exceeded USD 3 million.An Ongoing ChallengeEnsuring that cargo is labelled and packed properly is not a new challenge.During the Prohibition era in the U.S., outlawed alcoholic beverages were manifested as olives or some other innocuous substance. Starting in the 1960s, illegal drugs were hidden in all manner of innocent cargoes. In the 1970s and 1980s, shipments were commonly described as containing “household goods” or “building materials”; these purposely vague labels were applied to all kinds of different products.Global shipping volumes have increased fivefold since 1970, and not surprisingly, the risks posed by improperly labelled or packaged cargo have also escalated. And this threat is not limited to container ships.

While the exact percentage of containers that are misdeclared is subject to considerable debate, many experts maintain that about one-third of all containers are wrongly declared.

In May 1996, a ValuJet passenger plane had supposedly empty chemical oxygen generators on board. They were expired, not empty, and were also not protected with the required safety caps. The plane caught fire shortly after take-off and plunged into the Florida Everglades; all 110 people on board perished.In February 2004, the bulk carrier Ythan sank off the Columbian coast after a series of explosions, killing six people. The manifest listed the cargo as a form of iron ore and stated that the materials “… are safe to transport without the use of inert gas or other special precautions.” The cargo should have been labelled “DRI” (Direct Reduced Iron); a substance that requires special handling to prevent it from exploding when exposed to moisture. This and similar incidents involving bulk cargoes led to the implementation in 2011 of the International Maritime Solid Bulk Cargoes (IMSBC) Code under the SOLAS Convention.Bigger Ships/Ports = Larger RiskThere are more than 20 container ships today with capacities over 18,000 TEUs. (Twenty-foot Equivalent Unit, the industry standard for container dimensions and the common unit for describing a container ship’s size.) To put that in perspective, an 18,000+ TEU ship could carry around 900 million bananas in a single journey.Even so, as ships, ports and shipping volumes all continue to get bigger, maritime transport has become safer.GPS and better weather forecasts make it much easier for ships to avoid extreme storms. Lessons learned from past incidents have led to improvements in ship design and construction. And regulations adopted by the International Maritime Organization (IMO) under the SOLAS convention have created a set of rules designed to deter unsafe practices. (Click here for more on the new SOLAS container weight verification requirement that went into effect in 2016.)Nonetheless, inaccurate or incomplete information about a cargo is an ongoing challenge for cargo owners, transport companies and port operators. And with millions of containers in use today, it is neither realistic nor feasible to expect shipping companies or customs authorities to inspect each of the millions of packages stored inside. (Click here to read more about the role of the ubiquitous shipping container in facilitating globalization.)While the exact percentage of containers that are misdeclared is subject to considerable debate, many experts maintain that about one-third of all containers are wrongly declared. Also, about ten percent of the containers in a typical voyage will hold hazardous or dangerous materials.That means one of these modern giants could be carrying around 600 containers filled with hazardous or dangerous materials, and their certificates are wrong or incomplete. And the values sitting in a giant container ship or portside warehouse complex are vastly greater today – if something goes wrong, the damages can be many multiples of what we’ve seen in the past.Beware the Weakest LinkIn most cases, cargo owners can be held strictly liable for the damages when there is an accident involving dangerous cargo passed off as innocuous, or the particular hazardous characteristics are misstated. These can include: reimbursing the transport company or port operator for physical damages plus business interruption expenses; payments to other cargo owners whose goods are damaged or destroyed; civil or criminal penalties, especially if people are injured or killed; and clean-up/remediation costs if the incident causes environmental damages.If a fire started by misdeclared cargo led to the total loss of an 18,000+ TEU ship, for example, the damages would quickly run into the hundreds of millions.Given the potential consequences, companies should avoid an “out-of-sight, out-of-mind” mentality when it comes to goods in transit. For many shippers, it’s easy just to tell a freight forwarder/logistics firm to get the materials from here to there. Cargo owners often don’t know, for example, what shipping companies are being used or what ports their goods will visit while en route. And that means they also don’t know if they have one, ten or 100 containers on the same vessel or in the same port.As a result, companies should pay careful attention to their policy limits. Many policies contain an accumulation clause which provides 200 percent of the policy limit if there is accumulation beyond the control of the insured.The massive values concentrated in a single ship or port coupled with the ongoing threat posed by misdeclared cargoes also underscores the need for companies to maintain robust risk management practices for goods in transit. Those should include measures to raise awareness of these issues, and resilient control procedures for preventing mistakes in packing and securing the contents, and for ensuring compliant declarations.Marine risk engineers can help with these assessments, and identify options for reducing a cargo owner’s exposure to the numerous threats associated with misdeclared cargo. They can also conduct periodic audits of a company’s transport arrangements to identify possible weak links in the chain; for example, instances where the accumulations are potentially excessive or where a freight forwarder’s management practices are lax.In 1876, Samuel Plimsoll sponsored legislation in the British Parliament aimed at making shipping safer. Its provisions included a requirement that lines be placed on hulls marking the depth which a ship could be safely loaded. The “Plimsoll line” was subsequently adopted around the world and is still in use today.Plimsoll was very knowledgeable about the many perils of commercial shipping, and his Plimsoll line doubtless prevented many accidents. One also wonders, however, what he would make of shipping today and the notion of carrying thousands of closed boxes containing an immense variety of products that may or may not conform to the information listed in the paperwork.Sources: