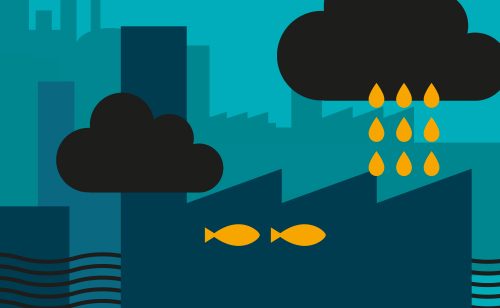 The Great Wail of China

In 1978, the economy and morale were still feeling the effects of over a decade of Maoist policies. Home to nearly a billion people at the time, having the world’s largest national population, it was only the 11th biggest economy, falling behind Argentina, which had a population of 27 million people.

Under new leadership, China began instituting economic and social reforms, based not on ideology, but on the tenets of productivity and human welfare.

Currently delivering on the 12th of a series of five-year plans, China is migrating from nearly absolute state ownership to a state-structured, partial market economy, sanctioning increasing gradients of capitalism, international trade, and foreign investment.

By 1997, China had achieved the seventh largest GDP, but the records proved that SOEs (State-Owned Enterprises), half of which consistently reported losses, were still dragging the economy down. So President Jiang Zemin called on the National People’s Congress to pursue privatization, and to merge, sell, or shut down most of the sizable SOEs.

In 2005, considering a 15-year average annual economic growth rate of over 10%, the government recognized the public outcry for a better national standard of living by adding educational, medical-care, and social-security reforms to the 11th Five-Year Plan.

In 2010, China displaced Japan as the 2nd largest national economy, with trade exceeding USD 2.97 trillion, and a GDP of USD 5.87 trillion.

Former World Bank President James Wolfensohn expects that by 2030, two thirds of the global middle class will reside in China.

The World Bank also predicts that China will overtake the USA as the global economic leader by 2030. The OECD (Organisation for Economic Co-operation and Development) believes this could happen as early as 2015.

In 2000, China consumed half the energy of the USA.

In 2009, according to the International Energy Agency (IEA), China became the number one energy consumer, digesting 2.25 billion tons of oil equivalents (which include crude oil, coal, natural gas, nuclear power, hydropower, and other sustainable sources).

Whereas the economic recession in the USA caused a decline in consumer demand and decelerated energy consumption, China’s energy use continues to escalate, driven not by consumers, but by aggressive expansion to infrastructure and industry.

By 2035, Chinese energy consumption is projected to increase by 75%.

The Duality of Coal

The IEA recorded Japan as the world’s number one coal importer from 1975 through 2010.

In 2011, despite producing 3.24 billion tons of coal, nearly half of the world’s total output, China also became the number one importer.

Foreign thermal coal is cheaper, and 70% of China’s primary energy consumption is in coal, as opposed to 30% in the USA.

New Chinese power plants are coal-fired, as are cement factories, both still on the rise as urbanization swells, following the rapid-launch government timeline.

According to the 12th Five-Year Plan now in effect, China will consolidate coal factories, rolling smaller-scale production into expanded capacity at SOEs, in order to increase operational efficiency, standardize worker safety, and decrease emissions and waste.

Will that solve the coal problem?

However, the wording is vague, and so far specific regulation and technological support are practically absent.

The lack of explicit regulation allows major carbon emitters to skirt highly regulated cities,  and build factories in the surrounding provinces, where small populations and little political clout equate to minimal or no monitoring or enforcement of regulations.

The Toll to Life and Land

In a Pew Research Center study, Chinese citizens cited air and water pollution as two of their top five concerns, alongside inflation, corruption, and the growing chasm between the rich and the poor.

But in 2007, the World Bank recorded 750,000 premature Chinese deaths attributable to pollution.

The World Resources Institute reports that China has the fourth largest water resource, and yet the second lowest water availability, worldwide.

Half of the 640 big cities in China suffer water shortages, 100 dangerous shortages.

In 2007, the Asian Water Project declared that 90% of China’s urban groundwater was contaminated.

In 2010, 43% of all state-measured rivers were classified as dangerous for human contact, much less consumption.

In March of this year, 6,000 diseased pig carcasses were found floating in Shanghai’s Huangpu River. In September ammonia leakage killed 100,000kg fish in the Fuhe River.

Industrial land-razing has eroded the soil. This has caused the water table to fall, and reduced arable (crop-bearing) land mass to the point that scientists anticipate agricultural production will drop 10% by 2030.

China has been the world’s biggest carbon emitter since 2006. Without phenomenal transformation, scientists project Chinese carbon emissions in 2030 alone could amount to the entire global emission today.

This pollution travels through air and water to other parts of the world. The Journal of Geophysical Research reports that Chinese air pollution, including sulfur dioxide and acid rain, already infects not only the ecospheres of nearby Korea and Japan, but has traveled as far as Los Angeles.

Motivation for environmental recovery is real. In fact, China’s strategy is not merely to recover, but to become a world leader in clean technology.

The State Council announced its plan to grow the environmental protection industry by 15 percent each year, aiming for turnover of USD 735 billion by 2015.

For the period 2010 to 2015, China has allocated USD 375 billion—twice the defense budget—to energy savings and emissions reductions, including tax breaks and subsidies to companies pursuing sustainability.

In answer to the accusation that previous subsidies have endowed local companies with unfair advantages, the State Council vowed that it would extend identical assistance to foreign investors.

The government also plans to facilitate the prosecution of companies engaged in criminal pollution, like river dumping.

How easy it will be to prosecute firms who evade city bounds and superior emission standards by basing themselves in the provinces remains to be seen.

Also debatable is how quickly tough, new standards and goals can be set, monitored, regulated, and enforced.

But China is serious.

The Knife’s Edge: Opportunity and Responsibility

In February 2013, EIL (Environmental Impairment Liability) insurance was mandated by the Minister of Environmental Protection and the CIRC (China Insurance Regulatory Commission), unsupported, however, by explicit legislation or regulations.

The corporate conscience has matured, we know, as the imperative for preserving clean air and water, not just for tomorrow, but for today, has become evident. Corporate reputation also hinges increasingly on a well-developed sustainability plan.

In Australia, for example, offshore-energy companies must now prove that they have the funds to pay for monitoring, clean-up, and remediation (removal of contaminants), before they obtain permission to operate. EIL insurance has therefore become fundamental to ensuring initial business operation, in addition to covering the risk of business interruption.

International companies in China or Asia Pacific must continuously update their legislative knowledge, even as environmental protection standards and regulations continue to advance.

Likewise, Chinese or Asian companies expanding internationally have to be prepared for the more mature standards and strict penalties facing them in established markets.

As China attempts to transform from the world’s premier environmental transgressor to the leader in clean technology, companies that use every available tool to enable them to invest alongside the Chinese could reap unparalleled rewards.

Andrew Hookings underwrites Environmental Insurance for XL Group and is based in Singapore. He specializes in pollution and remediation legal liability.