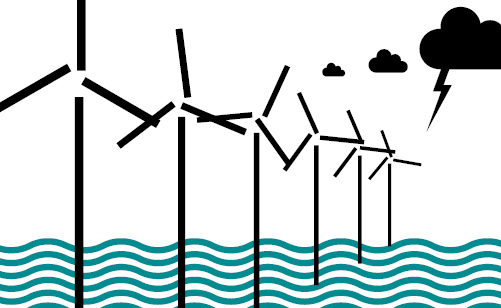 The good the bad and the ugly

Over the past three years insurers have seen record levels of catastrophe claims. To take just one event, the 2011 Japanese earthquake and tsunami was the costliest natural catastrophe of the past thirty years.

The extraordinary pattern of events worldwide – however unwelcome - has left us with a mine of useful information. Examining responses to major loss events such as Superstorm Sandy, as well as the floods in Central Europe and Thailand, can stand us in better stead for whatever the future might throw at us. So here are some important lessons to take from what has been done well and not so well over the past 36 months…

A recurring problem for businesses affected by recent catastrophic events was supply chain disruption. Events, such as those that occurred in 2011, like the earthquake in Japan and the Thai floods were a real eye-opener for companies dependent on suppliers. And it’s fair to say that in some cases, the exposures and impact were significantly higher than either businesses or insurers expected.

A common failure was a lack of properly developed business continuity plans, including for example a list of alternative suppliers. Many companies had only little knowledge of their supply chains and were caught by surprise after the events. We also found that our clients in the electrical and manufacturing industries in both the US and Asia are (for understandable reasons) reluctant to share their trade secrets and invest in agreements with multiple suppliers, so they use a limited pool.

However, recent catastrophic events showed how risky it is to rely on a few suppliers, many of which were left unable to trade. Consequently we are now finding that our policy holders are widening their supply chain, which will put them in a much stronger position in the case of future events.

Superstorm Sandy also showed that businesses should balance the level of supplies held on their own premises carefully. On hearing about the impending storm, one of our clients, a retailer, overrode an automatic stock ordering system to postpone the next delivery. This was a really smart move - they anticipated that stores would be closed and that stock being delivered in the midst of the crisis could be damaged.

On the flipside, other businesses should think about whether to hold more of their own supplies. Some of our clients that produce electrical goods  are now keeping some key materials onsite, which will allow them to continue operating for a known period of time if their supply chain is interrupted.

Lastly, businesses must ensure they are insured properly against supply chain interruption. A key problem is that insurers want to know which companies are in the supply chain, including the suppliers of the suppliers. That way we can measure the exposure, whether it’s earthquakes or hurricanes and so on. But while clients are getting better at providing this information, supply chains tend to change continually, so keeping up remains a challenge for both us and our clients– we all need to focus more on this. The insurance company’s risk engineering team can help with evaluating the supply chain risks and in developing pre-emergency plans.

Recent catastrophes have also shown starkly that any measures taken to protect property from physical damage must actually go far enough. During this year’s Central European floods we saw some good examples in Dresden and Prague of excellent pre-emergency planning. Previously, in the 2002 floods, one of our clients suffered a significant loss because their building is right next to a river. They since invested around $1m in building flood defences around the site. This year was the first test for the defences and it proved that their investment has paid off.

We also had clients who were properly prepared enabling them to avoid water damage to their property. Unfortunately they were cut off from their suppliers and clients due to disruption of public infrastructure.

Others were not as well prepared to prevent damage from occurring. For instance, a number of businesses in Lower Manhattan, following previous storms, had stored important documents and valuables in vaults ahead of Sandy. Unfortunately these vaults were inadequate, so the water came in anyway. As a result, these businesses suffered to a greater extent than others.

During the Thai floods the picture was mixed. Government warnings of an impending flood helped many shops avoid losses because they simply moved stock to higher levels. However, businesses with heavier plant on the ground floor were unable to take similar measures. With the water remaining at around two metres deep in many areas for eight weeks, much plant and high tech equipment was destroyed.

Clients can start to address these issues by calling on their insurers’ risk engineering team for advice on protecting properties.

Have a back-up plan

Superstorm Sandy revealed that a number of our clients had impressively robust business continuity plans. Our IT and communications clients had particularly good emergency plans. Their IT systems switched over automatically to alternative back-up systems that meant their operations – many of which are global – continued uninterrupted.

These clients also had good business continuity plans for their physical offices. For example, some had pre-arranged agreements with clean-up companies so they were at the front of the queue for their services. This meant they were back on their feet faster than competitors.

Finally, services companies assisting with immediate business recovery should also be handled with care. In the aftermath of Sandy, opportunists supplied urgently needed equipment like power generators for vastly inflated fees – a practice known as “price-gouging”. Insurers can help clients to get a reasonable price for such services based on knowledge of industry standards. This potentially could save clients anything from hundreds to millions of dollars.

Of course, you can never fully protect a business from a major loss event. However, the past three years have shown that good risk management can make a real difference to how severely you are impacted by natural catastrophes.