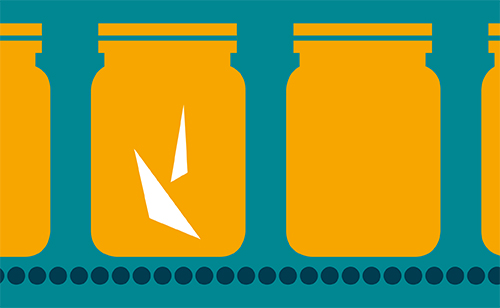 Food, it’s big business. In the United Kingdom alone, consumers spend roughly £109 billion per year in major supermarkets [1]. For these consumers queuing up at the checkout to part with their hard earned cash, the assumption is clear; the food they’re about to take home is safe.

In the U.K., while there has been an increase in food product recalls over recent years, food is actually a lot safer than it has ever been due to an increase in focus by consumers, manufacturers and retailers on preventing contamination. But there is still room for improvement.

At the forefront of the food safety movement are BRC Global Standards, a UK-based organization that measures, reviews and assesses the factors that influence food safety. In 2012, we conducted audits in 113 countries covering over 16,000 food sites, and analysed the data to identify vital trends and developments. While the U.K. led the way with 86.9% of sites receiving an “A” grade from BRC, the range varied greatly with countries like the United States coming in at 84.2% and others like China receiving 25.5%.

This quantitative analysis of food safety data is driving continuous improvement across the supply chain, manufacturing process, distribution channels, and points of sale. For example, the recognition of allergens – whether it be peanuts, gluten or a host of other ingredients – has become a growing issue around the world. A decade ago, allergens weren’t perceived as a major concern because the range of allergenic foods and prevalence of allergies was less well understood. However, as our understanding of allergens grows, we are now seeing ever more detailed processes being put in place to prevent the crossover of allergens with allergen-free food, to the extent that products containing allergens are identified and then produced at the end of the working day and in isolated areas of manufacturing facilities to avoid contamination.

A product recall can be expensive, as there are the financial costs associated with replacing and destroying the stock, but also the loss of consumer confidence and resulting loss of shareholder value which can prove far more costly. In an environment of heightened scrutiny of food safety issues from regulators, consumers, media and other stakeholders, the number of recalls is expected to increase.

According to the Food Standards Agency, the UK regulatory body which oversees food safety, there were 56 food product recalls in 2013, the highest number ever. The rise in the number of food product recalls has often been attributed to contamination; however, mislabeling is typically the true culprit. To address this issue, manufacturers have invested in increased quality control processes and computer vision systems that sit at the end of a production line to ensure the correct label has been applied to a product, by comparing the information inputted into the computer to what is actually contained in the products running down the production line. This investment in technology and process improvement continues to limit the chances of food mislabeling or contamination, significantly reducing the risks associated with a potential food product recall.

The drive for increased manufacturing standards is highly influenced by retailers in the UK, which is a phenomenon not seen nearly as frequently in other developed economies. The primary explanation is that in the U.K. there is a high level of penetration of own label products, with roughly 36% of food items in the store being “own brand” products, compared with roughly 18% in the US[2]. British retailers helped establish the BRC Standards 15 years ago to increase confidence in their suppliers and supplement the work they carry out managing the quality and safety of their own brand products.

With the prevalence of social media, significant reputational damage from a food recall can be swift and widespread with the click of a button. So it is no wonder retailers in the U.K. are taking these issues seriously and we expect other large, developed markets such as North America to follow similar trends in the years to come.

When it comes to food safety, consumers have, over recent years become more informed and well versed; the most successful manufacturers and retailers will need to continue to innovate and evolve to meet the expectations of these consumers.

As such, the insurance industry can play a key role in helping companies achieve their food safety objectives by providing enhanced cover and additional benefits to encourage and reward higher standards.

We at the BRC have teamed up with XL Group, Willis, and Faber Global to launch an exclusive and enhanced  product contamination insurance coverage for the food and beverage industry. By rewarding companies that understand their risks and display the highest standards of safety with discounted premiums, we are hoping that we will encourage more and more manufacturers each year to obtain an A+ or A grade from the BRC Global Standard for Food Safety. After all, as the old saying goes, “you are what you eat.”