In a move intended to improve diversity at the highest levels of the corporate structure, California enacted legislation in September 2020 requiring California-headquartered publicly held companies to include board members from underrepresented communities.

This new law, AB 979, was not the state’s first attempt to improve diversity on boards. California had previously enacted Women on Boards, a 2018 law which required publicly held domestic or foreign corporations with principal executive offices in California to have at least one female director on the board by the end of 2019.

The country’s social unrest in 2020 has pushed organizations to consider the effectiveness of their diversity programs. Yet what may not be in the mix is the makeup of the board of directors. However, as more states adopt measures to ensure a diverse board, that seems poised to change.

Not changing the makeup of the board of directors could be detrimental to the organization, depending on the state in which it is headquartered. The state of Washington now requires a gender-diverse board to be in place by the start of 2022. Maryland has implemented a framework requiring boards to disclose their diversity, though not yet actually requiring diversity on the board. Should the California law set an example that other states adopt, organizations could face significant fines in addition to a multitude of other non-monetary damages such as reputational damages, brand impact and investor relations.

Organizations that fail to address diversity deficiencies could also face litigation. Currently, at least seven diversity lawsuits are pending in California alleging false and misleading statements by the board of directors regarding diversity in company proxy statements. The suits allege that despite professing a commitment to diversity in proxy statements, the board members have not adequately demonstrated that commitment, nor have they sought out diverse candidates for board positions. In February 2021, a technology company was sued in a Delaware court in a similar derivative suit alleging breach of duties in failing to live up to stated diversity and inclusion commitments. A similar suit was also filed against a corporation in the District of Columbia.

Organizations are wise to consider now how they can meet their own diversity and inclusion objectives at the board level.

With the increased attention on board diversity – a 2020 Newsweek article identified the 20 largest publicly held companies without an African American on their board – organizations are wise to consider now how they can meet their own diversity and inclusion objectives at the board level. One way is through linking diversity to bonuses and other compensation. Some large corporations have already done so – Microsoft lists diversity as one of the performance goals that determine 50% of an executive’s incentives.

Diversity and D&O Coverage
From an insurance perspective, the jury is still out on how future directors & officers (D&O) insurance will respond if a board’s diversity does not mesh with its organization’s diversity and inclusion statement. The outcome may depend on, among other things, whether suits are seeking financial compensation or board reform. However, as more shareholder or diversity-related lawsuits are filed, and as public attention continues to focus on diversity, underwriters will most likely be looking carefully at board configuration and how it aligns with an organization’s corporate messaging and board diversity statements.

One way that companies can appeal to underwriters is by having a more diverse board of directors. A recent McKinsey & Company report shows that in terms of both gender and ethnic diversity, boards with greater diversity have higher average profitability compared to companies with less diversity – to the tune of 36% higher profitability in 2019. Several other studies have shown similar results. Companies simply perform better when diversity and inclusion initiatives are an integral part of the company genetics.

This now well-documented connection between diversity and profitability could put a company in the crosshairs. As shareholders become aware of the statistics, there could be more legal action to force diversity initiatives as part of the company’s profitability strategy. It is also not outside the realm of possibility that, in addition to allegations that a lack of diversity adversely impacted a company’s stock price, shareholders could also sue for lost profits due to the board’s inactivity regarding diversity commitments.

Making Diversity Matter
Therefore, for any corporation, adopting practices that improve diversity and inclusion is smart business. Considering multiple and diverse candidates for open board positions is a start. Some organizations have introduced processes that require them to interview ethnically and gender-diverse candidates for each open position.

However, a dearth of board vacancies can pose an issue as well, particularly if the organization is trying to meet a state-mandated quota. In some cases, we have seen other board members voluntarily resign in order to make room for more diverse candidates.

While organizations navigate how to comply with diversity mandates without discriminating against current board members, there are steps that can be taken to groom the next generation of board members. By ensuring diversity at the middle and upper management levels, organizations can better ensure that a pool of qualified candidates exists from within when an opening becomes available. The goal is for the potential candidates to develop the right level of experience and expertise and eventually step into the board-level role.

The Role of Insurers
If more boards find themselves facing a shareholder diversity derivative lawsuit, that increased activity could trigger more action by insurers. The outcome of those suits could be equally impactful on the actions insurers and underwriters may take.

Should judgments bring a financial impact, expect underwriters to be more hesitant to write D&O coverage without first reviewing the board’s diversity. Underwriters will be looking to match a company’s diversity and inclusion statements with its actions both within the company and at the board level. Any failure on the part of an organization to align its actions with its statements could, at some point in the future, cause underwriters to amend coverage or pricing.

That impact is already registering at the broker level. We have seen brokers encouraging insurers to take into consideration the diversity information of each company that they are looking to underwrite.

Therefore, well ahead of any state mandates, organizations should be looking to adopt a more proactive approach to their diversity and inclusion initiatives. By reviewing how they select and interview board candidates, companies can revamp their strategies to improve their results now and into the future.

To contact the author of this story, please complete the below form

Everything you know is wrong: New risk management paradigms in the post-pandemic world

Few were prepared for the abrupt disruption of life-as-usual caused by the COVID-19 pandemic. Changes in work, learning, shopping, and dining routines transformed the risk profiles of many organizations. In this white paper, done in collaboration with Advisen, we take a look at how things have changed.
Read More

3 ways the risk of business email compromise is evolving, and how to protect your business

Three trends amplifying the threat of business email compromise, and how businesses can protect themselves from loss
Read More 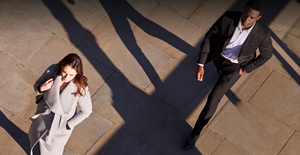 Narrowing the gap our drive towards gender parity