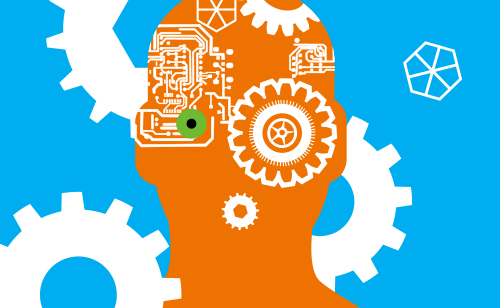 The WHO (World Health Organization) reports that 347 million people around the world have diabetes. Diabetics are twice as likely to die prematurely, and by 2030, the WHO predicts diabetes will be the seventh leading cause of death globally.

Glucose (blood sugar) is the body’s fuel. The food we eat is converted into glucose to feed our cells. All body cells need glucose to operate. If the brain, in particular, is deprived of glucose for any period, it stops working.

No Insulin, No Energy

There are two main categories of diabetes.

Type 1 diabetes is an autoimmune disease, meaning that the immune system mistakenly attacks its own body, for reasons not yet fully understood. This causes the pancreas to produce little or no insulin. Without the insulin to command it, glucose does not feed the body cells. Type 1 diabetes usually afflicts people under 40.

Inactivity, excess body weight, and poor diet are the primary triggers for Type 2 diabetes, and smoking can exacerbate the condition. Type 2 generally affects people over 40, although alarming numbers of children are affected by it as obesity spreads globally. In Type 2, the body becomes insulin-resistant, meaning that the cells either stop responding to insulin, or not enough insulin is produced.

Let Me Count the Ways

The results are the same for both types of diabetes: hyperglycemia (high blood sugar). Glucose circulates in the body without being used or stored. Common symptoms are thirst, excessive urination, weakness, fatigue, and increased infection. But those are mild symptoms.

When the body can’t access glucose, it may also burn fat for fuel, releasing ketone bodies (acid) into the bloodstream, and throwing the body into a life-threatening state of acidosis. It begins with vomiting, hyperventilation, dangerous dehydration, and can end in a coma. Unfortunately, it is often only these critical symptoms that bring diabetics to the hospital for their first diagnosis.

On the other hand, hypoglycemia (low blood sugar) is a complication of insulin replacement therapy. It happens when the insulin dose is too high for the amount of glucose in the blood. It can happen so fast, that without warning, patients fall into an irreversible coma.

We have not yet found a way to prevent or cure Type 1 diabetes. But there is hope for Type 2. If IGT (impaired glucose tolerance) and IFG (impaired fasting glycemia) are detected early, patients can reverse the course of the disease. In this pre-diabetic stage, a patient who exercises, loses weight, improves his diet, and stops smoking has a good chance of undoing the damage, and preventing the disease.

But until symptoms become pronounced, diabetics can go years without a diagnosis. By the time the disease is detected, it may have become irreversible, and demands careful management to avoid dire consequences.

There are a few ways to test glucose, but the most reliable one is the blood test. Patients treated with insulin have to prick their fingers several times per day, and squeeze a drop of blood onto a glucose-reading strip. It begins immediately on waking, continues throughout the day, and then finishes right before bedtime. Diabetics are soldiers on a military regimen of diet, exercise, sleep, and bloodletting.

If they don’t monitor their glucose regularly, and take immediate steps to steer it back on course, dire consequences ensue, including three different routes to coma. Constant vigilance!

Taking the Blood Out of Blood, Sweat, and Tears

Tired of pricking your finger? Doctor Google to the Rescue! No, we’re not talking about googling your symptoms and diagnosing your own diabetes. We’re talking about the good Dr. Babak Parviz, Googler of the hour, one of the latest talent acquisitions proving his worth outside the clandestine caves of the Google X lab.

Take a coffee break, and read through his list of “Select Awards”, with prizes for everything from airplanes, genomes, and self-assembling, flexible circuits, to just being one of the most innovative and creative people in the world. Many of his awards are for the invention of the Google Glass, and he’s bound to garner another slew for his Smart Contact Lens, which diabetics may be able to wear to monitor glucose.

On January 16th of this year, Dr. Parviz and his project co-founder Brian Otis officially announced the lens on the Google blog, with the caveat that they had a long way to go before the lens would become usable technology. Think: five years.

Google envisions the eventual prototype with “chips and sensors so small they look like bits of glitter, and an antenna thinner than a human hair”. All that would be sandwiched between two sheaths of soft-contact-lens plastic.

Since tears contain the same biomarkers (indicators) as blood, the nano glucose sensor in the lens would measure the glucose level in the tears on the cornea (outer layer of the eye), then transmit that data through the wireless chip to a display device for the patient, and possibly even directly to a readout in the doctor’s office. The current, unfinished prototype reads the glucose level every second. Not only can deviations be caught immediately, but over time, fluctuation patterns can be analyzed.

Dr. Parviz also hopes to include an LED (light-emitting diode) display, which would light up, literally in front of the patient’s eye, as soon as the glucose level was out of range. In January 2008, MIT reported on Dr. Parviz’s earlier attempts at a smart lens. At that time he had worked 16 LEDs of 300 micrometers each into the lens. He wanted to reduce the size of each to 30 micrometers to create a display containing several hundred pixels. Has he already managed that? Only Google X knows.

Although the smart lens is still in R&D (research and development), Google is already in discussion with the United States’ FDA (Food and Drug Administration) to ensure that its prototype trials successfully prove a case for market release. Google is also working with commercial health partners to develop applications for processing and displaying the data, and marketing the product.

It All Seems So Obvious

Does it? Maybe that’s because we’ve heard about this lens before. That was back in 2011, when Microsoft was sponsoring Dr. Parviz’s diabetic-lens research at the University of Washington.

But there is nothing on the market which can compete, even now. Noviosense, a company in the Netherlands, has produced a metal coil you can stick in your eye to measure glucose. They expect it to reach the market in 2017. Whether people would rather stick a rod in their eyes than prick their fingers is open for discussion.

If It Sounds too Good to Be True…

It probably is, at least for now. Google will need to address the risks before the finished prototype goes into testing.

First, the lens monitors tears, not actual blood. While it’s true that the necessary biomarkers are in the tears, concentration of those indicators can vary drastically, depending on a person’s hydration level, or whether they have been crying, and the tears are watery. Diluted tears could produce false low readings; dry eyes, false high readings. Will Google be able to devise sensors and data algorithms which take this into account, and can accurately gauge the blood glucose level, regardless?

Device failure is an issue, if diabetics rely solely on the lens for their glucose readings. If the sensor, wireless chip, or LED display fails, a diabetic could end up in a coma. How many sensors, chips, and other minuscule nano-devices will be needed to ensure sufficient redundancy (backup)? How close is Google to sufficiently miniaturizing all components?

What about night-time readings? Will the LED wake patients up? Even more basic, diabetics are prone to infection, and sensitive to surface irritation. Wearing the lens at night could easily cause eye infections, so patients would probably have to remove the lens, prick their fingers before bedtime, and hope for the best as they always have. Plus, patients in advanced stages of diabetes often lack sensation in their fingertips. Will they poke and damage their eyes putting the lens in and taking it out?

Simple heat is also an issue. In the same 2008 story on Dr. Parviz’s earlier smart lens, MIT reported that the lens had been tested in a rabbit’s eye for only 20 minutes, with the electronics off. Dr. Parviz was concerned about the dangers of the circuitry heat. Whether this problem has been solved yet is unanswered.

What about radiation exposure? Compared to finger pricks an average of seven times a day, a reading every second takes the idea of early warning to astronomically higher levels, especially when a warning light shines right in your eye! Maybe the glucose range could even be set and monitored to detect IGT and IFG, and help pre-diabetics prevent the full-blown disease. But when this electronic equipment, including a wireless chip sits directly on the eye, measuring and transmitting data every second, both heat and radiation are risks.

What pulls this smart contact lens into the cyborg trajectory is not only the interaction between the technology and the human wearing it. It’s also the prospect that it could eventually become an implant.

Intraocular (inside the eye) lens replacements have been around since 1949. Eventually doctors could replace our own eye lenses with intraocular smart lenses, like the Google lens. It could even serve as a prophylactic for obese patients and others at high risk for diabetes. It’s easy to imagine that such a lens could eventually be programmed not only to light up in warning, but also to deliver insulin and glucose to the body automatically. And glucose is only one of many biomarkers in tears. By that time the nanotechnology could also be so miniaturized that sensors for myriad diseases could be incorporated into one smart lens.

In fact, the confluence of nanotechnology and 3D printing presents revolutionary possibilities. 3D printing will enable us to print onto and into our bodies, skin, organs, and bones based on our own genetic composition, but potentially modified and enhanced. Why not print a smart eye, based on our own eyes, but fitted with disease sensors, medicine delivery, phone connectivity, internet access, the whole “augmented reality” (maps and other information superimposed on our vision), infrared, night vision, extra long-distance and microscopic capabilities?

In about five years, many of the 347 million diabetics worldwide could have the opportunity to take another step into the cyborg future, enjoying vibrant health and longevity as a result.

Dorothea Köppe is a Senior Risk Engineer in International Casualty at XL Group. She is an expert in pharmaceutical, medical equipment, healthcare, life sciences, biotechnology, and food and beverage manufacturing.Click here to read the introduction to our Cyborg series: Our cyborg destiny: Transcending evolution to survive and thrive.