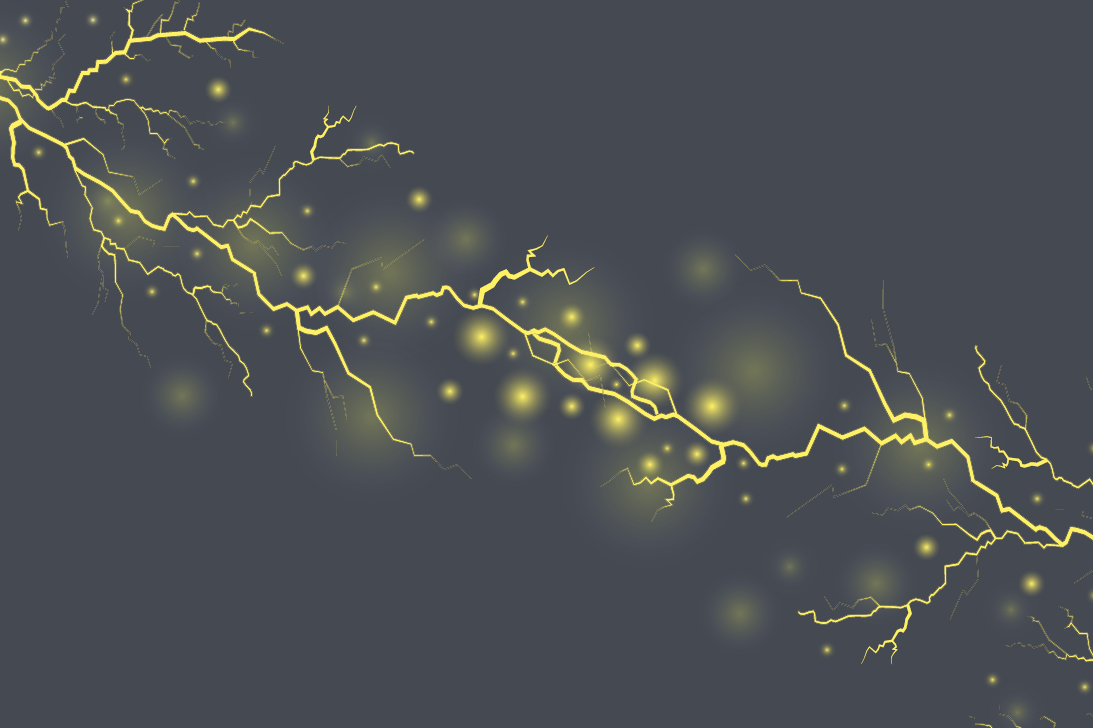 One of our clients had a faulty forklift battery that it planned to return to the manufacturer. Per the manufacturer’s specifications, they put a plastic sheet over the battery and left it in the maintenance shop overnight.

Early the next morning, it exploded. The blast shattered the window between the maintenance shop and an adjacent office, and blew large shards of glass across the room; some were found embedded in an office chair. Fortunately, no one was in the office when the explosion occurred.

The likely culprit? We suspect that static electricity in the plastic discharged and ignited hydrogen that had accumulated overnight underneath the covering.

Static electricity is a stationary electric charge that’s created when there is an imbalance between positive and negative charges within or on the surface of the material.

In many industrial operations, for example, electrostatic smoke precipitators remove dirty soot particles by giving the exhaust a static electric charge, then running it through a metal grid with the opposite charge. Static electricity is also used in inkjet printers and photocopiers to transfer an image onto paper.

Static electricity is also a known risk. Under certain circumstances, a discharge of static electricity can create the spark that starts a fire or triggers an explosion. The explosion that destroyed the Hindenburg, for instance, is believed to have been caused by static electricity. As a result, many industrial processes/operations need to be carefully scrutinized to minimize the possibility that static electricity will set off a devastating incident.

The conditions have to be right

Four distinct conditions need to be met for static electricity to cause a fire or explosion.

First, a sufficient charge needs to build up. Many conventional processes can create electrostatic charge including stacking plastic boxes, pumping liquids or powders into containers, and conveying conductive materials through ducts or hoses. High pressure CO2 discharged as a liquid can also build up charge. In addition, charge can build up in certain materials such as plastics and moist wood that are otherwise non-conductive; the potential for these to generate electrostatic energy is often overlooked.

Build up can also be influenced by environmental conditions. In particular, drier air will better insulate the adjacent materials and promote build up. That’s one reason electrostatic incidents are more likely in winter when the air is colder and drier.

Second, fuel and oxygen need to be present. The quantities of these, plus the flammability/explosivity of the fuel source, obviously affect the size and intensity of the resulting fire or explosion.

Third, the built-up static electricity has to discharge. Discharge occurs when differently charged materials interact in certain ways. There are several varieties of discharge and some types, especially what are called Spark or Propagating Brush, can be quite energetic; those can be a frequent ignition source for fires/explosions started by electrostatic energy.

An inherently dangerous process may run without incident for many years because one condition was missing at any given time.

Finally, if the electrostatic discharge has sufficient ignition energy – the level needed will depend on the flash point of the fuel source(s) – the conditions will have been met, and fire or explosion will ensue.

The unpredictable nature of electrostatic energy, and particularly the effect of environmental factors, is why operational experience may be of limited value when dealing with static electricity. An inherently dangerous process may run for many years without incident because one condition was missing at any given time.

But then circumstances change. Perhaps the air is unusually dry. Or the object acquires an even greater than usual charge. And the fire or explosion no one expected occurs.

That doesn’t mean, however, that there aren’t practical measures companies can take to lessen this risk.

Grounding and bonding are essential components of the protection concept. In particular, ducts, pipes and hoses should be bonded and grounded along the entire path.

Grounding equalizes the potential imbalance between negative and positive charges in objects and earth. It should be achieved through a dedicated system that is not connected with the electrical earth to avoid back charge.

Grounding paths should also be inspected regularly; we often find grounding paths with breaks in them. That can easily happen during the ordinary course of operations but is something that is rarely checked.

Bonding is used to connect two or more objects to equalize the electrical potential. Bonding wires are also used when the grounding path is interrupted – when the path runs, for instance, through painted parts, nonconductive gaskets or similar obstructions.

For some operations, a flexible grounding and bonding system should be used – for example, when transferring certain liquids into portable containers. In these situations, we suggest using single point clamps and non-insulated cables; the former to ensure adequate bonding and grounding in environments that are rusty or dirty and the latter so that breaks in the cables can be spotted readily.

For non-conductive materials like plastic where charge can build up, adding carbon black or steel particles will make the substance conductive and allow grounding.

Finally, additional measures may be needed in certain circumstances to control ignition hazards. In explosive atmospheres, for example, specialized ventilation systems may be required to keep conditions outside of explosive limits. Also, flow velocities in pipes may need to be reduced to limit the potential for an excessive buildup of electrostatic energy.

As our client with the exploding battery discovered, the challenge with static electricity is that its origins and effects can be difficult to anticipate. The examples cited above represent only some of the ways this threat can develop in different situations, and fires or explosions triggered by electrostatic energy often occur suddenly and in unexpected locations.

Given the somewhat unpredictable nature of static electricity, a detailed analysis of specific processes is necessary to understand the potential dangers. And regular inspections of the protection measures, including grounding and bonding systems, are also essential.

Frank Dörr is a regional field leader for XL Catlin’s Property Risk Engineering team. He is based in Frankfurt and can be reached at frank.doerr@xlcatlin.com