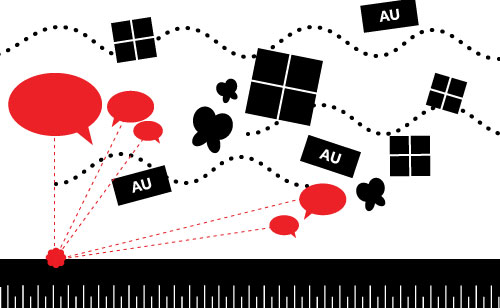 Sparks of Genius_Coffee and Cover

Insurance is almost as old as civilization. According to numerous sources, it goes back at least 5,000 years to Mesopotamia and the use of interest rates. By 3,000 B.C., interest rates and a “risk premium” were common in Babylon and other trading centers along the routes throughout the Middle East and beyond. The “risk premium” reflected a venture’s riskiness. The price was generally about double the interest charge.

Thirteen centuries later, insurance emerged in a form similar to what we know today. The Code of Hammurabi, circa 1755 B.C., formalized concepts of “bottomry” – referring to vessel bottoms, and “respondentia” – referring to cargo. These terms became an important part of marine insurance contracts, which contained three essential elements: (1) a loan on the vessel, cargo or freight, (2) an interest rate and (3) a surcharge to cover possibility of loss.

Present-day insurance essentially began in the mid-1600s, although it first appeared in Italian port cities as early as the 12th century. In the 1600s, shipping and maritime trade had grown significantly. Business was generally done at the Royal Exchange, but news and information were gathered in the sociable atmosphere of the coffee houses.

By 1663, there were over 80 coffee houses in the City of London. These coffee houses offered businessmen, writers, poets and members of the public a place to socialize and do business. They were not places for ladies. In fact, the Women’s Petition Against Coffee of 1674 argued that this “new drink had transformed their once industrious men into layabouts who spent all their time in coffeehouses”.

In 1688, Edward Lloyd opened his coffee house near Tower Wharf and the Customs House in London. His idea was to cater to captains, owners and merchants trading overseas. He offered his specialized clientele a place to mingle and obtain reliable information about the world’s shipping business.  It cost a penny for a cup of coffee. Newspapers, pen, ink and paper were thrown in for free. It wasn’t long before Edward Lloyd’s Coffee House became the place to go for marine information and insurance.

At this time, business was often done in person. Lloyd’s Coffee House probably consisted of one large room with a sanded floor, a bar and tables with chairs and benches. It was crowded, extremely noisy and smoke-filled. The crowd of men – there were few if any women in the London coffee houses at that time – milled around, discussing business deals.

Ship owners and merchants came into the coffee house to look for subscribers. They offered policies to individuals who ultimately signed their names at the bottom of the contract, hence becoming underwriters. Each individual personally decided on whether to enter into an agreement and on what specific terms they would engage in an agreement. If the venture was successful, the underwriter took the profits; if the venture was unsuccessful, the underwriter paid the entire loss out of his own pocket.

Often, the value of the ship and cargo was greater than the amount any one individual was prepared to take on. Ship owners and merchants reduced their losses and ensured profitability by spreading the risk among a group of interested investors and underwriters. A merchant with a ship to insure would request a “broker” to take the policy from one wealthy merchant to another until the risk was fully covered. Terms and conditions were set out on a form of “Policy”. The Policy was worded as if it was a single contract between a policyholder and each of the individuals or underwriters subscribing to it. Each underwriter signed the Policy “each for his own part and not one for another” at the bottom of the contract, including the amount they were willing to insure. The broker’s skill lay chiefly in ensuring that policies were underwritten only by people of sufficient financial integrity – i.e. people who could meet their share of a claim, if need be, to the full extent of their personal fortunes.

From its beginnings in a London coffee house, Lloyd&rsquo;s has been a pioneer in insurance

From its beginnings in a London coffee house, Lloyd’s has been a pioneer in insurance, becoming the world’s leading market for specialist insurance. Practically every single existing type of non-marine insurance other than life and fire was invented or first purchased at Lloyd’s.

Lloyd’s is not an insurance company. It is an insurance market where members join together as syndicates to insure risk. The Lloyd’s market consists of 56 managing agents and 91 syndicates, which offer an unrivalled concentration of specialist underwriting expertise and talent.

Today, business is still conducted on a personal basis. Instead of the coffee house, Lloyd’s operates from an Underwriting Room that is central to the smooth running of the market. The majority of business written at Lloyd’s is placed through brokers who facilitate the risk-transfer process between policyholders and underwriters. Specialist underwriters for each syndicate price, underwrite and handle any subsequent claims.

Lloyd’s flourished over the years as a place where initiative, innovation and new ideas were encouraged. Looking back at the beginnings of present-day insurance and where we are today, one could say the future of insurance belongs to the specialists, those companies that innovate and have the expertise and knowledge to create products and services that meet the changing, dynamic needs of a risky world.

Next Spark of Genius: What Benjamin, Samuel and Ebenezer Started