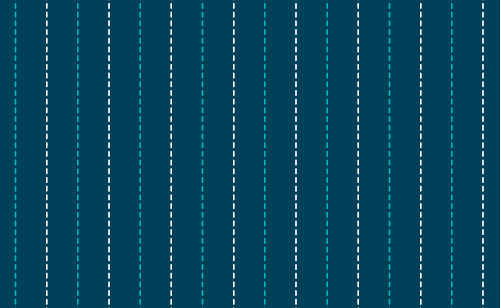 In the second half of 2013, the Spanish economy has slowly started to recover. With a GDP rise of 0.4% in Q1 2014, it doubled the previous quarter’s growth and continues to gain strength. Solid exports and a considerable improvement of the financial market conditions are increasing trust in the Euro Zone’s fourth largest economy. This has resulted in rising private consumption and business investment. This trend gives economists hope that the 26% unemployment rate, the accelerating inflation, the budget deficit (94% of GDP) and domestic demand will soon start to recuperate, too.

With the pace of growth in Spain accelerating,  increased regulation, a complex and expensive legal system, and rising dependency on both the global economy and the internet, potential risk exposure for companies and their directors and officers has never been greater:

The credit crunch and economic downturn have provoked a worldwide increase in the number of management liability claims against financial institutions, mostly aimed at directors and officers. In Spain, a greater need for D&O coverage was also prompted by an amendment to the criminal code in 2010, which granted officials the power to hold non-government-owned companies liable for crimes committed by their directors and employees. Company directors and risk managers are becoming aware of the potential for new liability scenarios. The market's response to this new criminal code has been to develop a cover extension clause, called “entity defense costs,” in the event of a criminal procedure. This is usually a sub-limited coverage, which does not add to the maximum amount covered. Carriers charge an additional premium for this cover, and it is granted on a case-by-case basis.

A study conducted by the Expansión newspaper says that the overall turnover of the Spanish law sector has grown by 8.24% since the start of the economic crisis in 2009. However, the study notes the disappearance of many smaller law firms in the same period. This is mainly because they restructured and merged into bigger, more efficient firms. In addition, market concentration forced law firms to adjust the size of their staff substantially, so, a larger workload is in the hands of fewer people, and less experienced lawyers represent now a higher proportion of the teams. As a consequence, errors and omissions could become more frequent, especially as activity level in the law sector is expected to rise to match positive economic development.

Changes made to the Spanish legislation in 2012 reduced the cost of making employees redundant. Instead of requiring companies to give 45 days' pay for every year worked, businesses need only offer 20 days. Of course, this has been welcomed by companies at a time when many have been significantly affected by the adverse economic conditions. But it is expected that more employees may bring suits for wrongful dismissal on the back of these changes, putting even more pressure on the employment element of D&O policies.

In their 2014 Cost of Data Breach study, IBM and Ponemon state that the average total cost of a data breach for the affected companies increased 15 % to USD $3.5 million. In answer to the heightened risk of cyber-attacks in Spain, the government took steps last year to lower it, through the implementation of a National Security Strategy. According to the head of the National Institute of Communication Technologies (Inteco) Michael Rego, during 2013, Spain registered more than 7,000 security incidents, mainly "malicious actions” (malware, in computer jargon). As technology becomes more critical to nearly every activity in the modern world, specific Cyber Liability and Data Protection insurance solutions have been developed to protect clients against emerging risks in this area.

Stimulated by returning confidence in the Spanish economy, a steady recovery in M&A activity is underway. According to consultants TTR, in the third quarter of 2013, Spain’s M&A market recorded a 28% increase over the previous year, reaching Euro 9.5 billion. Quarter-on-quarter, the Spanish M&A market doubled. It, surpassed transaction volumes in other countries such as Italy and France, and rivalled those in traditionally more active regions, such as Germany, Benelux and the Nordic countries. In addition, new investment funds increased market liquidity, promoting larger deals. Spanish companies became more active abroad, where they continued to expand into Eastern Europe, China and Latin America, and hey made larger acquisitions in other European countries like the UK. Finally, there was a major surge in the bank leverage of acquisitions, which strengthened the acquisitions finance market. As M&A transactions bear complex risk, a tailor-made M&A insurance solution might be needed to facilitate these important deals.

Our International Financial Lines business offers a variety of insurance products, to provide our clients with appropriate risk-transfer solutions:

Get in touch with us to learn more.