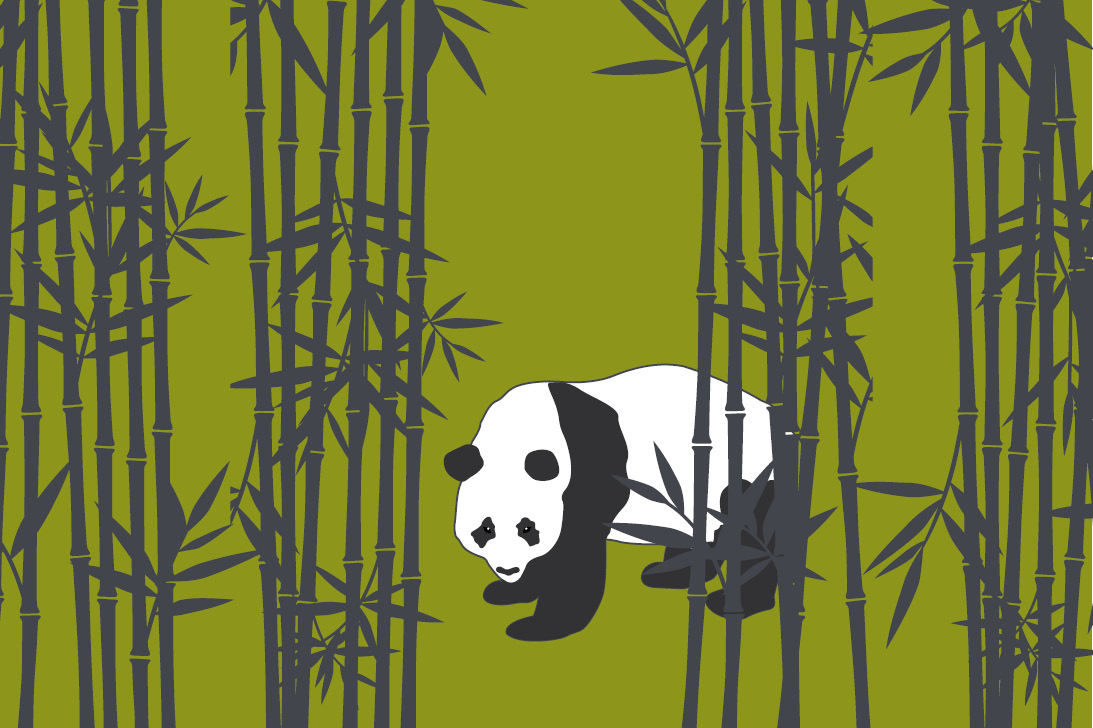 Something everyone loves: Panda bears!

Maybe it’s the adorable round face with contrasting black eyes and ears. Or their gentle demeanor. Or their decidedly laid back lifestyle.

It’s hard to say why exactly, but really, who doesn’t like a giant panda?

Capitalizing on their universal appeal, the Chinese government started offering giant pandas to select countries in the 1950s. Perhaps the most famous example of what’s been dubbed “panda diplomacy” was China’s gift of two giant pandas, Ling-Ling and Hsing-Hsing, to the U.S. in 1972 following Richard Nixon’s historic trip to China.

Fun fact: Giant pandas are true bears and are part of the family Ursidae. The smaller red panda which is also native to southwestern China is the only living species within the family Ailuridae.

China continues to offer giant pandas to different countries – with some strings attached – and when it does so, it’s good news all around.

For the Chinese government, it’s an opportunity to present itself as a friendly partner with other nations. And when the pandas arrive in their new home – it’s always a pair that hopefully will breed – China’s and the host country’s top leaders typically greet them; such an occasion can only help promote harmonious relationships between world leaders.

These arrangements also benefit China’s efforts to restore giant panda populations. One of the strings is that China doesn’t give the animals outright, it leases them. Zoos currently pay USD 1 million a year for the privilege, with the funds going toward China’s conservation and breeding programs.

Fun fact: Extensive conservation efforts along with increasingly successful captive breeding programs have caused giant panda numbers to rebound. Today, it’s estimated that about 1,900 giant pandas are roaming wild while another 300 live in captivity; their conservation status was reclassified from “endangered” to “vulnerable” in 2016.

And because everyone loves a giant panda, it’s not surprising that they are highly sought after by zoos around the world. Giant pandas sell tickets. More than 20 thousand people visited Ling-Ling and Hsing-Hsing on the first day they were on display at the National Zoo in Washington D.C., and an estimated 1.1 million people came to see them in their first year in the U.S.

Finally, it’s a pretty good deal for the pandas. The Chinese only offer pandas that were born in captivity, and it’s doubtful these captive bred animals could survive in the wild. Giant pandas are also not very social animals; they’re content to spend the day on their own munching bamboo. And their enclosures are large and well provisioned; that’s another one of the strings imposed by the Chinese government.

Most recently, Meng Meng and Jiao Qing – the names translate to sweet dream and darling – were welcomed by German Chancellor Angela Merkel and Chinese President Xi Jinping at the new EUR 9 million panda enclosure at the Berlin zoo. News reports described the event as “a welcome distraction” from more challenging issues facing Germany and China. The Berlin zoo, in the meantime, expects visits to soar.

The pandas, as is their wont, seemed nonplussed by the attention.

Although it may seem a bit crass to put it like this, these quintessentially warm and fuzzy animals are also a valuable asset. For the host countries and zoos that have giant pandas on loan from the Chinese government, it’s a sizeable investment. Zoos in particular often develop sophisticated marketing campaigns around their giant pandas in the expectation that a surge of visitors will cover the costs of feeding and housing the animals plus the annual fee paid to the Chinese.

Which is why many zoos insure their giant pandas, both in transit and in situ.

XL Catlin is a leading underwriter for these coverages. Our policies help protect zoos in the event one of their giant pandas is injured or dies either while traveling or at the zoo. And in the happy event the pair mate successfully, we will also insure the cubs starting at six months of age.

Fun fact: Baby pandas are tiny and require a lot of time and care to grow; they only start to crawl after about 75 days. And about half of the births are twins. In the wild, the mother would tend to one, and the other would die. In captivity, zoo keepers help the mother care for both babies, and survival rates are now close to 100 percent.

We recently insured, for example, a 3.5-meter sawfish in transit from Asia to the Middle East; those are the ones with a long, narrow nose extension lined with sharp teeth. We’ve also insured giraffes, wolves, elephants, dolphins and penguins.

Advances in transport have also facilitated these exchanges. Several international airlines, for instance, offer specialized cargo holds for transporting animals. Major airports have also created dedicated terminals to accommodate dogs, cats, horses, birds, fish as well as zoo animals like panda bears, tigers and penguins. The Frankfurt airport, for instance, has an “Animal Lounge” that caters to a “veritable Noah’s Ark” of critters that pass through every year.

Although stress is always a consideration with animals in transit, advances in containers coupled with greater understanding of how to safely move different species have greatly improved the risk. We did need an unusually large aerated tank for the sawfish.

While most journeys are uneventful, there are still many challenges involved in moving these often high-value creatures to their new homes. A knowledge of the potential hazards coupled with an experienced support transport team is essential to effectively underwriting the risk.

Meng Meng and Jiao Qing, for instance, flew directly from Chengdu to Berlin in specially-fitted containers with ample provisions and under the watchful eye of two caretakers from Chengdu as well as the Berlin Zoo’s chief veterinarian. During the 12 hour journey, they are reported to have done what giant pandas typically do: eat shoots and leaves.

Fun fact: Pandas spend about 16-18 hours per day eating and consume about one-third of their body weight in bamboo. However, they only digest about one-hours worth of the bamboo they eat.

Robert Heinzl is Class Underwriter with XL Catlin’s Equine, Livestock and Aquaculture team in London. He can be reached at robert.heinzl@xlcatlin.com.