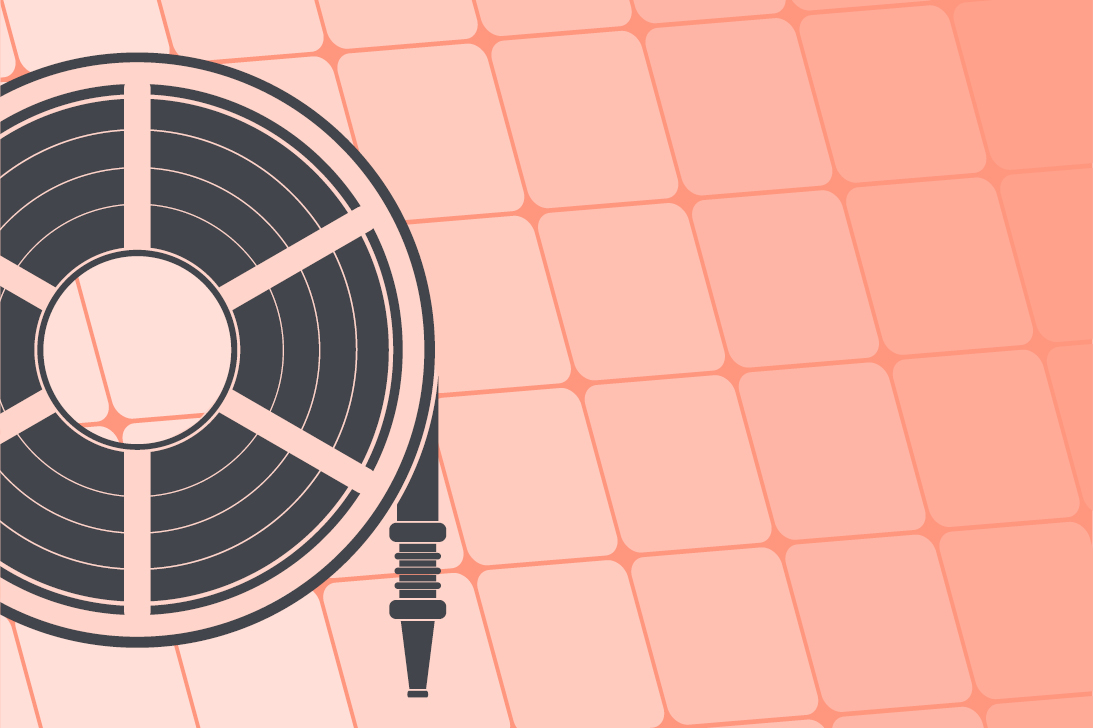 About half a million new solar panels are installed every day.

That’s not surprising given that the cost of a solar panel has been falling by about 10 percent annually. In turn, the amount of electricity generated by solar energy has been increasing exponentially over the past ten years. These trends are expected to continue, and experts predict that solar power will account for 20 percent of global energy production by 2027.

The rapid growth of an emission-free energy source is good news for a warming planet. At the same time, the increasing proliferation of solar panels introduces some new and challenging risks. Foremost among these are the hazards posed to firefighters when a building fitted with solar panels catches fire.

Firefighting is intrinsically dangerous and battling a blaze in a building equipped with solar panels only adds to the list of perils firefighters have to confront.

Today’s solar panels tend to be very strong. Most are designed to withstand large hailstones and high winds. That can make it difficult for firefighters to apply a tactic that’s often used when fighting building fires: cutting a hole in the roof to vent heat and smoke.

Also, since newer models often have sleek designs that are virtually invisible, firefighters may not realize that the building is equipped with solar panels until they are on the roof. And coatings to minimize dust build-up can make solar panels quite slippery even when they are dry.

Another issue arises when the system is not integrated directly into the roofing material, and there is a gap between the roof and the panels. That can be a particular problem in some locales where leaf built-up underneath the panel creates a combustible fuel source. When that happens, a small spark – or even a large one from a lightning strike – could cause what otherwise would be a minor fire to spread more rapidly and intensely.

An additional and potentially more complex challenge is “de-energizing” the system.

One of the first actions firefighters take when fighting a building fire is shutting down the electrical systems to remove the risk of electrical shocks when applying water to the fire. With solar energy installations, however, that can often be a case of “easier said than done.” These systems don’t always have a simple and readily accessible “off” switch; that’s especially the case with older designs.

Moreover, turning the system “off” only stops the current flowing from the panels into the building’s electrical system; the panels themselves can continue to produce power if the fire occurs during the day. Further complicating matters, the scene lighting used in night-time emergencies could be bright enough to electrify photovoltaic panels.

As a result, when battling fires in buildings with solar panels, firefighters need to be prepared to apply the same tactics used for fighting electrical fires and be continuously aware of electrical shock hazards.

Finally, solar panels are often installed after-the-fact, and the building design is unlikely to have considered the implications of adding more permanent weight on the roof. This isn’t a problem under normal circumstances; building designs typically take into account possible snow loads, for example. When structural elements are weakened by fire, however, the extra weight from a solar energy system could cause or hasten a building collapse. That naturally increases the risk to firefighters searching for people caught inside.

All of these factors add a layer of complexity for firefighters who have to quickly assess the situation and just as promptly devise a response.

New codes issued by the NFPA call for solar panels to have spacing that allows firefighters to move between them as well as shutdown mechanisms that de-electrify the panels.

As awareness of these new hazards grows, government agencies, industry associations and individual fire brigades are taking steps to address these issues.

In the U.S., for instance, the Department of Homeland Security sponsored a project to identify and understand the risks to firefighters responding to fires in buildings clad with solar panels.

The results of that research have been incorporated into the most recent editions of NFPA’s Fire Codes as well as those from the International Code Council. Under these new codes, solar panels today are to be installed with spacing that allows firefighters to move between them. The latest codes also require shutdown mechanisms that de-electrify the panels as well as labelling requirements that show firefighters how the system is configured and where everything is located.

These new requirements should help minimize the risks over time, at least in jurisdictions that have adopted them; many cities/states continue to require only older versions of the codes. And even if the locality has approved these new standards, the solar energy installations within a fire brigade’s territory could still vary considerably.

For fire brigades, the findings from this and other research underscore the importance of:

For companies and building owners with roof-mounted solar panels – or plans to install them on new buildings in the future – a detailed pre-emergency plan covering a fire situation in those buildings should be developed and reviewed, as appropriate, with the local fire brigade.

Most importantly, they should make sure the local fire brigade is aware of the installation and informed about the procedures for de-electrifying the system. And clear labels describing how to de-power the system – if possible – should be posted in a prominent location.

Marc Van de Velde is a GAPS Executive at XL Catlin. He can be reached at marc.vandevelde@xlcatlin.com.