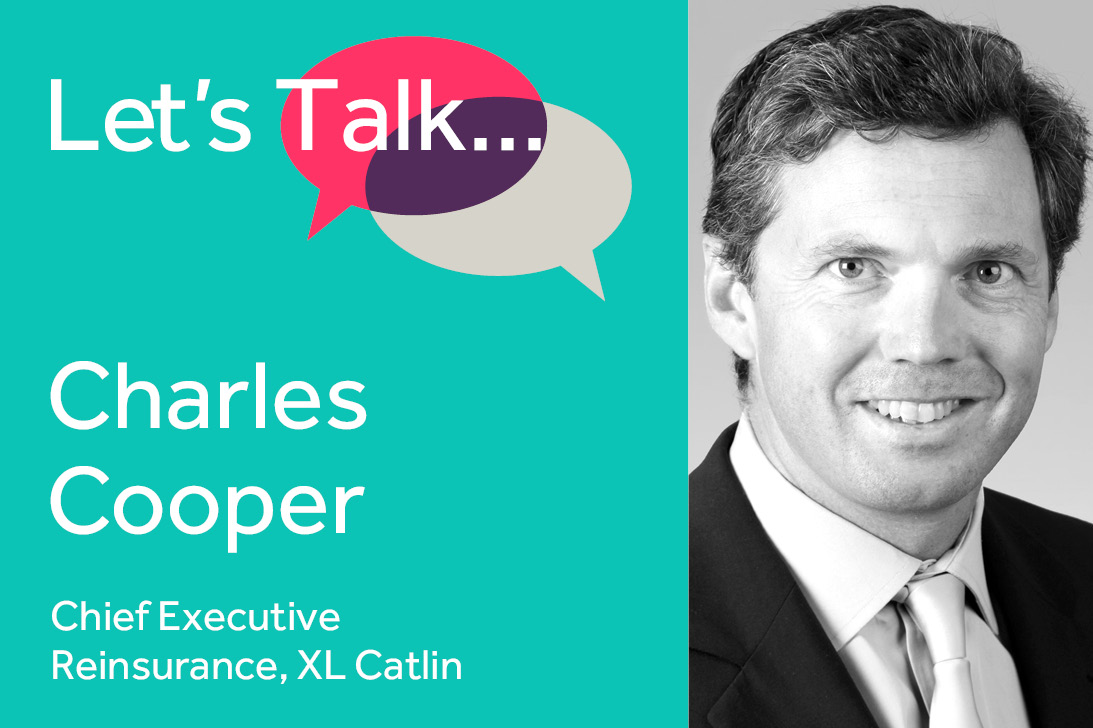 Reinsurance: what’s hot and what’s not

Every year at Monte Carlo Reinsurance Rendez-Vous de Septembre decision makers of the reinsurance market meet to discuss topical issues, begin the annual negotiating process prior to January 1 renewals and to network. Here Charles Cooper, Chief Executive, Reinsurance at XL Catlin, shares his insights on some of the hot topics that are expected to come up this year.

What main talking points do you expect in Monte Carlo this year?

The impact of Hurricane Harvey and potentially Hurricane Irma as well as pricing will definitely dominate discussion. While mergers and acquisitions (M&A) have been a dominant theme for the last five years, it will inevitably take a back seat to rates and the impact they are having on profitability of the reinsurance business.

Another hot topic is the tiering of reinsurers and, by association, the size of panels. We are seeing a trend among buyers towards choosing a small number of core strategic reinsurers along with a broad syndicated panel supporting larger placements.

Reinsurance growth remains challenging, so innovation will remain a critical topic. The industry at times can seem to be one step behind when it comes to technology and adopting new methods. InsureTech is making us all sit up and pay attention. At XL Catlin, we have invested heavily in the future. For example, we have set up XL Innovate, an XL Group-sponsored venture-capital initiative, which invests in early stage industry innovators.

Lastly, executives at this year’s Rendez-Vous will not be able to avoid discussions about regulatory and governmental affairs. Brexit, the Trump administration’s planned implementation of the US/EU Covered Agreement, and the US tax overhaul are among the issues that are expected to generate some politically-charged debates at networking events.

What will be the most disruptive influence on reinsurance next year?

There have been plenty of disruptive influences on the market over the last year or so, including regulators, governance and tax regimes. For example, 2016 saw two major shock decisions in the UK that the insurance and reinsurance sectors were not anticipating: Britain took the world by surprise when it voted to leave the European Union, and then came changes to the Ogden Discount Rate, which will be applied to all personal injury damages claims in the UK and has been disruptive to the market. And we cannot forget about interest rates and inflation. While neither are rising to a level that can be called disruptive at the moment, they should be kept firmly on the radar as they have both remained low for a long time.

What are the challenges and opportunities for the reinsurance industry from third party/convergence capital?

Capital from convergence and third-party investors is now simply viewed as another source of capital for the reinsurance industry, and is regarded in the same way as equity, debt and collateralised reinsurance.

Reinsurers are embracing this alternative, and mostly cheaper, capital either by managing it themselves or by issuing structures such as catastrophe bonds or sidecars in a bid to pass along savings to clients. At XL Catlin, we have sourced alternative capital in many forms, having set up the first Bermuda-based sidecar following the devastating 2005 hurricane season and more recently with our Galilei cat bond issuances and the launch of our affiliated ILS manager – New Ocean Capital Management. However, this creates challenges for the sector in that catastrophe rates and margins are not where they used to be. That said, the impact outside of the property catastrophe market has been minimal.

The market is constantly trying to develop structures that work in other parts of the reinsurance market, such as casualty or marine. However, there are major obstacles in trading these structures in the wider reinsurance market. Structures using alternative capital, such as Insurance-linked Securities (ILS), need a definitive cause of loss, which lends itself well to property catastrophe risk where losses manifest fairly quickly, allowing for index settlements, for example. However, the traditional reinsurance market uses rated balance sheets, which can be reused and leveraged in subsequent years, while alternative capital needs to be reinvested or released.

To what extent is excess capital a threat to profitability and competition?

The ILS market continues to seek new ways to raise capital, but it’s slowing down as there is an inability to deploy these funds. Reinsurance, on the other hand, is driven by relatively simple economics. The pricing cycle is determined by supply and demand and the imbalance that currently exists has led to the price going down. Reinsurers actively manage their own capital base and this is likely to continue in the current trading environment.

Which emerging markets are most interesting to you and why?

Africa, India and China are the three we see as growth markets, mainly due to changes in the regulatory environment in these regions. Access to these markets has improved and there are undoubtedly opportunities to be explored.

Pricing cycles – gone for good, or just less volatile? What kind of correction could the market see after the next major catastrophe?

Pricing cycles will remain, though they will be shorter in duration and less severe. The impact of capital mobility, especially alternative capital, makes the cycle smoother as it tends to flow in and out of the industry more freely. Also, a significant amount of property catastrophe business is placed on a multi-year basis, particularly in the US, which of course also helps regulate the pricing cycle.

What might represent the biggest opportunities for the Bermuda reinsurance market?

Bermuda is the premier domicile of choice for low frequency, high severity and capital intensive risk. In addition to being the world’s third largest reinsurance market, it is now considered the mainstream and accepted model for start-ups. It is the home of innovation and as a result has had the opportunity to blend new capacity with traditional reinsurance in a manner that protects the overall integrity of the market.

Its innovation in ILS has encouraged the use of catastrophe models in pricing, alternative capital, and sidecars and made it mainstream.

The next step for the reinsurance sector is to address the insurance gap that exists in insurance markets globally, in which Bermuda will be a key player. Right now, there is an excellent opportunity for the capital markets and re/insurance industries to work closely together to provide the valuable resources required to provide protection for areas in need, and to narrow the global insurance gap once again.

The insurance gap is a well-documented issue in the developing world but it is also, surprisingly, a problem in parts of the developed world, albeit to a lesser extent.

The gap is increasing: only a third of the losses in 2016 were insured, USD 54 billion represented insured loss, whilst USD 121 billion were uninsured. An example is the Japanese Tohoku earthquake in 2011, where USD 35 billion was covered by insurance but USD 200 billion of risk was uninsured. The California residential earthquake market tells a similar story – only 10% of the homeowners in the State of California take up earthquake insurance, while 90% are uninsured.

Clearly, there is an opportunity to deploy excess capital out there. These types of disasters create huge burdens on the finances of the private and public sectors in the countries where they occur. They are also a significant drag on future growth, especially for those nations with poorer economies as the impact on their economy is magnified. We believe there is a correlation between a high insurance penetration and the rate of faster and sustainable recovery after the event, and that governments around the world should be made aware of this.