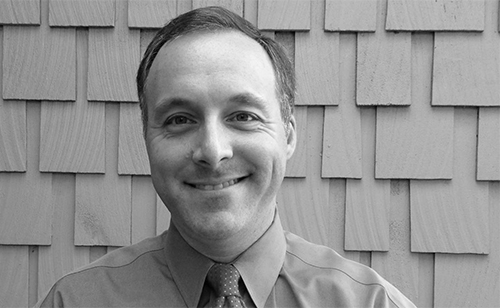 It’s summer in the Northern Hemisphere. That’s a popular season for many people, including me. It calls to mind a time of warm temperatures, vacation and relaxation (well, for some folks, anyway). Summer also presents some specific risks for us to consider.

A traditional back-to-school assignment is to write an essay on “What I did this summer.” What should risk professionals put into that sort of essay? How should we try to mitigate the bad things that can happen during summer and make the season safer and more enjoyable? If I got that assignment today, the first thing I would do is identify the most serious risks we’d likely encounter.

When I think about significant risks that tend to occur more during summer than other times of year, hurricanes come to mind. For example, the Atlantic hurricane season kicks off June 1 and runs until November 30, but most major hurricanes usually hit during August. This year’s hurricane forecast calls for a less intense season than in prior years, but it only takes one bad storm to create a lot of misery. Of the 10 most costly U.S. hurricanes, three made landfall in August, and five struck in September. The two most expensive insured hurricane losses ever – Katrina and Andrew -- were both August storms, notes the Property Claim Services unit of the Insurance Services Office.

Of the 10 most costly U.S. hurricanes, three made landfall in August, and five struck in September.

Other summertime risks include heat illnesses, car crashes, swimming accidents and burns from fireworks. The Occupational Safety and Health Administration has an annual campaign to make workers aware of the serious health risks arising from exposure to heat and humidity. Heat exhaustion and the more serious heat stroke can affect anyone in hot and humid conditions, especially during heavy exertion. Motor vehicle crashes claimed 32,719 lives in the United States in 2013, the most recent year for which data is available and a reduction from prior years. By month, those fatalities were fairly evenly distributed, though August was a notable peak, when 10% of the deaths occurred, according to the Insurance Institute for Highway Safety. More vehicles on the roadways during a month when many people take vacations add up to more opportunity for crashes.

The second thing I’d do to keep employees and loved ones safe during summer would be to create and communicate plans to help them stay out of harm’s way. Hurricane exposure calls for a coordinated effort to protect people and property, shutting down and evacuating facilities, if necessary. Outdoor work should be scheduled to avoid scorching heat, if possible, or at least to minimize the exposure.

Vehicle crashes can be avoided through safer driving behaviors. One of the most dangerous is distracted driving, from any source. Texting is a well-publicized danger, but you don’t have to type messages to lose control of a vehicle. Equally worrisome behaviors are reading e-mail or paying too much attention to something other than the road. During summer, when my kids are in the car with me, demands from the backseat are frequent. I’ve learned to say “not now” and try to instill in them an understanding that they shouldn’t bother the driver!

A friend of mine, who retired as safety manager for one of the world’s largest commercial fleet operators and who achieved an admirable safety record, told me once that 60% of fatal crashes occur in just five driving situations: intersections, curves, in lines of traffic, where pedestrians are, and where bicyclists or motorcyclists are. If all drivers could avoid distractions in those situations, there would be far fewer highway deaths.

Drowning is a risk I dread, as a parent and as someone who enjoys spending time in and around water. Sadly, it’s also the third most common cause of unintentional injury death worldwide, according to the World Health Organization. One of the most effective ways to combat that hazard is to learn how to swim and acquire water safety skills. All my kids have taken swimming lessons, and I’ve completed intensive water rescue training. Knowledge of safe practices has contributed to our family’s greater collective comfort around water.

One area where I wish I could say I’ve been more successful in mitigating summer risk is probably the most common one: sunburn. As I’ve learned the hard way a few times, I fry if I don’t apply and reapply lots of sunscreen. Former Chicago Tribune columnist  Mary Schmich famously penned an essay offering advice to young graduates, and her No. 1 recommendation was to wear sunscreen. That’s really good advice.

Have a safe and memorable summer!