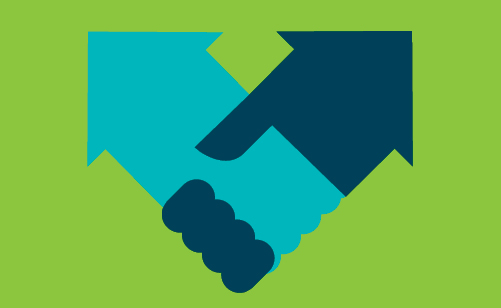 XL Group’s article “Restoring Europe’s Aged and Stressed Infrastructure” addresses the urgent need for infrastructure investment: USD 3.7 trillion annually, divided equally between Europe, the US, and China.Infrastructure provides public services, which governments must be able to coordinate for public, national, and international welfare. However, in most cases, governments cannot afford to work alone. Roads, trains, bridges, airports, seaports, energy, water, and communication—there is no shortage of projects. As European austerity continues, private investors are expected to contribute 75% of the capital necessary to revamp the infrastructure, through public-private partnerships (PPPs).

Benefits to Both PartnersPPPs will be the main vehicles of infrastructure change. Well-managed PPPs yield long-term rewards for all stakeholders: government, citizens, and business. On the other hand, a few high-profile, poorly managed PPPs—like the exorbitant Chicago parking spaces and the UK tube buy-back—have proven how easy it is to go wrong. Governments and investors can apply lessons learned to structure new deals that offer the best solutions to the public, as well as to investors.

Project FundingSimply securing the funding for PPP investments is more challenging for private partners than it was in the past. New bank regulations on capital and leverage, like the Basel III rules, are making PPP loans more difficult to obtain. Infrastructure loans for 90% of the project, repayable after two decades, are history. Banks are bound by new regulation to lend no more than 70% of project cost on shorter payment terms, and to demand reduced project risk. Getting expert risk engineering and insurance as early as the design phase can help investors not only to structure deals intelligently, but also to secure bank loans.

Careful with ConcessionsThe private partner should scrutinize the financial structure. Very popular infrastructure assets like airports are sometimes sold at inflated prices. By the time construction is finished, private margins could be dangerously low, or nonexistent. Then, there is the question of whether the private partner has sufficient regulatory leeway to run the operation profitably. Public services must be offered at relatively low margins, and it could take several years for investors to make operations profitable. By that time, in some cases, the asset could revert to government ownership.

Of course, if operational profits are guaranteed for long enough, stability will compensate investors for marginal returns. Considering lending regulation, it will be more important than ever for businesses to be able to recoup investment and generate profits through long-term concessions.

Expertise, Efficiency, EconomyPrivate partners provide not only funds, but also the powerful advantages of construction and operational expertise. Highly specialized, private companies bring a wealth of market experience to bear, frequently enhancing infrastructure with service and product innovations. The TGV (French, high-speed rail) was an Alstom invention which remains at the forefront of train travel.

Private companies are more disciplined in maximizing capital to achieve a profit, optimizing user pricing and economy of scale, provided ambitions are held in check against modest infrastructure revenues—services must remain affordable for the average citizen. Privatized rail and bus lines in Canada and the UK have increased safety and productivity by 20%, enabling expansion. Even the basic, private employee incentive plan has a transformative effect on staff attitudes, which ultimately lifts up the service quality. Statistically, private companies run more efficient, profitable, and high-quality public services than government agencies.

There are complications, however.

Complex Layers of LiabilityWhat happens on a new railroad line when construction is delayed for years? Who bears the cost of delays? Were regulatory changes to blame? Was the government direction unclear? Did the design exceed the budget parameters? Did the private company underbid? Did they pursue unrealistic technological innovation? Was a subcontractor to blame?

What about operations? If floods damage a track, and operations are interrupted on the train line for two months, will the private company bear the losses alone? What if passengers get hurt? Who is to blame? Who pays compensation?

PPP liability can be complex, and all contract phases need to be rigorously reviewed for liability on both sides.Of course, it is the government’s job to limit public liability and maximize public access. In nearly all cases, they will remain stakeholders in infrastructure assets, retaining the right to seize those badly managed by private companies. Dramatic government seizures of oil and mining facilities deemed unsafe for the public or workers should serve as warnings to all private infrastructure partners.

Liability can be more subtle than that, however. Institutional investors are duly wary of deal structures which burden them with more than their share of risk, especially hidden risk. Taxes, construction liability, and operational rights and obligations should be established and clearly worded in project contracts.

The share of liability on both sides needs to be well defined, with distinct limits. Risk engineers can supply critical assistance by isolating and quantifying different risks, as well as advising on loss-prevention measures and recovery plans. Clearly, insurance will help reduce losses from damage to physical property and business interruption. Third-party liability coverage will be also be fundamental for private partners running public services.

Stability and StrategyAbove all, governments need to be able to assure private investors that political volatility and regulatory changes will not interfere with construction or long-term operations. Commitment on both sides is fundamental to success.

Stable politics, controlled sovereign debt, and established PPP parameters have traditionally made Germany, France, the UK, and other northern European countries preferred government partners. Unstable economies or unpredictable regulation in Southern Europe can make infrastructure investments less secure. On the other hand, lower entry thresholds, a broad range of assets for sale, and long-term privatization still attract investors. Profit margins can be higher, as long as the risks are carefully identified, measured, and mitigated.

Eastern Europe is in need of heavy infrastructure investment. Some say that the bad roads in Russia bring down the GDP by as much as 9%. In the past, however, political ambivalence, low returns, and lack of regulatory oversight have been deterrents to foreign investors. PPP projects need to be assessed very carefully in these areas.

Finally, before contracts are signed, governments should present a very clear, long-term vision for each project. Large rail and road projects have traditionally overspent by nearly 30%, because of delays caused largely by vague government requirements. Costly delays and corrections can be avoided when governments communicate needs and strategies clearly in the initial phases of a PPP deal.  When strategies, liability, and investment parameters are clear, investors and governments can optimize PPPs to reduce risk, raise returns, and supply reliable, high-quality public services.