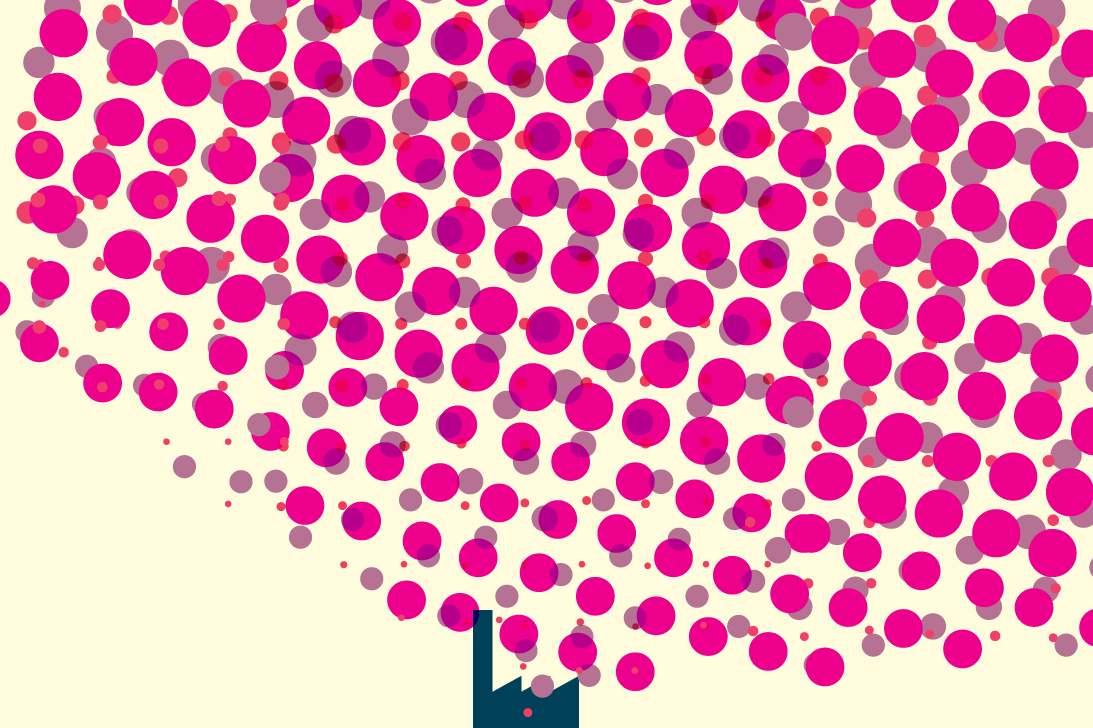 Up in... Dust: The Threat of Dust Explosions at Industrial Sites

At about 7:15 PM on February 7, 2008, a series of sugar dust explosions occurred at the Imperial Sugar manufacturing facility in Port Wentworth, Georgia. Seconds later, massive secondary dust explosions occurred throughout the entire granulated and powdered sugar packing buildings. The pressure waves from the explosive force of the secondary dust explosions heaved three-inch thick concrete floors and collapsed brick walls, blocking stairwell and other exit routes. Security cameras located at businesses to the north, south and west of the facility showed the sudden, violent fireball eruptions out of the weather-tight structure on top of the three silos that housed granulated sugar belt conveyors, the west bucket elevator structure and surrounding buildings.

It was determined that the first dust explosion initiated in the enclosed steel belt conveyor located above the sugar silos. In the end, 14 workers were killed; eight worked died at the scene and six others eventually succumbed to their injuries. Thirty-six workers were treated for serious burns and injuries – some caused permanent, life-altering conditions. The explosions and subsequent fires destroyed the sugar packing buildings, silos, palletizer room and heavily damaged parts of the refinery and bulk sugar loading areas.

A dust explosion is the result of a perfect storm. The dust has to form a cloud in a confined area and touch an ignition source, such as a spark, flame or overheated bearing. Silos are one of several locations in an industrial plant with the potential for a dust explosion.

With regards to dust explosions, firefighters will encounter two basic scenarios in a silo and industrial facility fire:

Preventing the first scenario is beyond the capabilities of operational firefighters. Fire marshals, OSHA, insurance carriers, and company safety departments try to prevent such explosions through engineering, housekeeping, and explosion suppression, isolation, and/or venting systems. If prevention measures fail and a dust explosion occurs in an occupied area, the fire service should expect:

Although these are major challenges for responders, they are typically evident on arrival. A more insidious hazard is the dust explosion that occurs during a more typical fire; perhaps inadvertently initiated by the fire service themselves.

Everyone in the fire service is familiar with the fire triangle; heat, fuel, and oxygen are all necessary to have a fire. Take away one or more of these legs and the fire cannot continue to exist. Commonly, a forth component - the chemical chain reaction - is added to create the fire tetrahedron.

For a dust explosion to occur, five elements are needed to create the so-called dust pentagon:

The first three are shared with the fire triangle. The fifth, confinement, is present inside of process equipment, silos, or created by the building itself. The fire service needs to avoid anything that might create the fourth element, dispersion. This can include kicking up dust during agent application, ventilation, operations that involve heavy pounding during forcible entry, or creating a water hammer in the sprinkler system.

Metal dusts, like aluminum...can produce some of the most severe explosions.

The fire service also needs to be aware of occupancies and processes where combustible dust is expected to exist. There are some obvious occupancies like grain elevators, coal silos, and occupancies that produce sawdust. There are many other combustible dusts such as rubber, plastics, paper, textile flock, powdered chemicals, and various foodstuffs like sugar, starch, and flour. (This is just a partial list for example purposes.) Metal dusts, like aluminum, might not readily come to mind but they can produce some of the most severe explosions.

There are engineering techniques to determine how much dust is too much. Two common methods for screening during the preplanning session are:

These are simplistic methods that should be followed with an engineering evaluation, but it’s a starting point.

Silo fires differ from tank fires in that they often start out as smoldering events. They can last days, weeks, or even months. The initial responders should ask themselves, “What happens if we do nothing?” These smoldering fires typically do not pose an immediate risk and an aggressive attack by untrained responders can turn them into a major event by initiating a dust, pyrolysis gas, or decomposition gas explosion.

On the other hand, they will not simply burn themselves out in a day or two. Left alone they could burn for months. The nature of this slow combustion allows time for a methodical approach as well as to summon commercial response teams who specialize in these kinds of fires.

General silo guidance, which is adapted from the Swedish Civil Contingencies Agency [i]:

Dust explosions are a severe industrial hazard. The fire service needs to be prepared for them but even more importantly, they should be careful about not initiating a fire or explosion during firefighting operations.

[i]  Based on research conducted by the SP Technical Research Institute of Sweden and titled Silo Fires; Fire Extinguishing and Preventive and Preparatory Measures The publication is available at no cost at https://www.msb.se/sv/Produkter--tjanster/Publikationer/Publikationer-fran-MSB/Silo-fires-fire-extinguishing-and-preventive-and-preparatory-measures/: