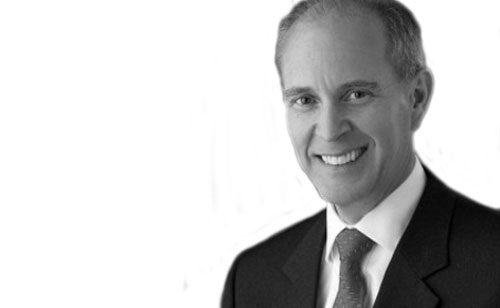 What's The Real Story Behind the Cumin-Peanut Allergen Recalls?

The US Food and Drug Administration (FDA) and the US Department of Agriculture’s Food Safety and Inspection Service (FSIS) are continuing to issue undeclared nut allergen recall notices on cumin-containing products, and just last week, FDA added a Consumer Advisory notice as well. But, besides that, we’re not hearing much about the situation or FDA investigation. So we have to ask: Why have we not heard more and what exactly is going on?

As of February 13, recalls involving peanut allergen-contaminated cumin had been made on more than 675 different products, with one company having to recall more than 500 products and suspend production and distribution of all affected product until the FDA and the company are certain that the problem has been corrected. The cumin was used in a vast variety of products that have been distributed nationally. Although recall notices are continuing to state that no illnesses have been reported to date, an ABC News/AP report noted that “the agency [FDA] said it had received seven reports of ‘adverse events’ related to undeclared peanut allergens, but those are consumer reports that have not yet been vetted.” Additionally, we know that a lawsuit was filed in late January, and we have heard other non-reported illnesses linked to consumption of some of the recalled products. Thus, it is not clear how many or how severe the illnesses really are.

There also could be a great many more contaminated products if you take FDA’s advisory note into consideration: “Note: Because the inclusion of a particular ingredient(s) in a product can be considered a trade secret, this table [of recalls] may not include all recalls associated with cumin containing undeclared peanuts.” In fact, a review of FDA recalls for the same period did bring up other non-typical peanut-allergen results – such as crouton, bagel and veggie-entrée products or ingredients – substantiating FDA’s advice that “If you are allergic to peanuts, you may also wish to consult the FDA’s main recall page.” And what about the paprika recall, for which a routine retail food product sampling revealed the presence of peanut allergen. Could the situation be impacting more than just cumin? And, the bigger question: Are these incidents due to an unintended contamination? Or, is there perhaps a much bigger issue at play here? Or is there some combination of the two that is making the problem a whole lot worse?

One of the first recall notices put out by Adams on December 26, 2014, included the statement “We were notified by one of our third party suppliers that one of the spice ingredients purchased contains peanut proteins.” If that very first recall was able to track the contaminant back to one ingredient from one supplier, why do we not know anything more two months later? Does FDA know more than it is letting on? Why is the Agency maintaining silence around the investigation?

Is it – as I wrote as my suspicion in our newsletter of January 8 (Your Product May Be at Higher Risk than You Suspect) – that this is a case of purposeful economically motivated adulteration (EMA)? I’m not the only one thinking this way. … My original suspicions started when I was working with one of the companies involved in the recall, and a number of questions arose around the situation, including the fact that no one in the upstream supply chain admitted to using or even having either of these allergens in their facilities. My instincts were then reinforced by a conversation I had with FARRP’s Dr. Steve Taylor not long after the recalls started; and I’ve not seen anything since then to say otherwise.

As I stated on my conversation with Steve, “We quickly came up with the very plausible possibility that someone at the very start of the supply chain had come up with the idea that adding peanut shells or almond husks to cumin – especially if it is already ground – would be a very effective way to add bulk at almost zero cost.” As anyone who cooks knows, spices are sold by the ounce, with some cumin brands costing over $2/ounce. Even factoring backward to wholesale prices, it doesn’t take too many $0 nut shells to bulk up profits on a cost/ounce product.

My thought on it being an EMA is also reinforced by the fact that, except for the posting of the recall notices, the most we’ve heard from FDA on the matter is its recent consumer advisory, stating:

“The FDA is continuing to identify companies that received shipments of the ground cumin that contained undeclared peanuts and work with them to remove these products from the market. While this investigation is underway, the FDA wants consumers who are highly allergic or sensitive to peanuts to consider taking precautions with any product—not just those that have been recalled—that contains ground cumin. The FDA will continue to update the list of recalled products.”

What is the consumer to do, and what is the food industry to do?

The recent months have shown that it is not just peanuts that are part of this problem, it is almonds too. Similarly it is not just cumin, it is paprika. What other spices are adulterated that we don’t even know about yet? Anyone with a peanut- or tree nut-allergic family member knows how dangerous these reactions can be. And given that, without more information, this problem could clearly go beyond the spices implicated so far, we are faced with quite a challenge for consumers. The FDA notice includes a number of things which consumers with severe food allergies and their caregivers should “realize,” such as that people who are highly sensitive to peanuts may consider avoiding products that list cumin; and, if the ingredients panel lists spices, it may or may not contain ground cumin. But as noted above, what about other spices since we already know this is not just limited to cumin?

What FDA isn’t doing is acknowledging any information about the investigation or the known suppliers, beyond the statement that “Products made before 2014 are unlikely to contain the affected ground cumin.” This statement really rings alarm bells for me – If the cause was as yet unknown, or was suspected to be due to unsanitary conditions, lack of GMPs, or other such processing cross-contamination issues, it is unlikely that FDA would have included this statement, as such issues don’t happen overnight, they tend to gradually develop or worsen. EMAs, on the other hand, often have a much more tangible starting/ending point due to economic pressures, and some have suggested this whole problem is being driven by crop challenges in India. The idea that this is an Indian-centric problem is supported by the observation that most in India do not understand food allergies, because they just don’t seem to happen to any great extent there. So the implication that adding a little peanut shell to cumin could kill someone in another country would just not register.

I am aware that, in some instance, the levels of allergen were high – thus supporting the idea that the spice was directly contaminated with peanut or almond. However, in other situations, the levels have been quite low, suggesting cross-contact problems. This is not totally surprising considering that spice facilities are hard to clean, and it is possible that there is cross contact going on between spices since the producers of the spice may not be doing an “allergen clean” between runs because they do not believe they are processing an allergen.

Another consideration is that, if it is an EMA, the investigation could be considered the same as that of any criminal case under investigation – those who are involved cannot comment on an ongoing investigation. So maybe that is why the FDA is being quiet on this one. I know there is always the concern that talking about EMA may give folks ideas, and thus FDA does not like to talk about it. But those doing this, and I am becoming more and more convinced it is EMA, already have the idea and are acting on it.

While we speculate what the regulators are doing, we also need to ask how the food industry can manage this nightmare. Here are a few thoughts:

To go full circle on the issue: The FDA is not saying very much other than the very broad warning to consumers – which reminds me of the “don’t eat raw spinach” message of 2006. So given the lack of regulatory advice, the food industry needs to take care of itself, and hopefully the suggestions noted above will help. This is an important issue and consumers could die if we don’t get this right – so until FDA finds a regulatory solution, we have to deal with this from a practical perspective and protect both our brand and our customers by paying close attention to this problem if we are using any kind of spice.

Visit The Acheson Group to learn more about the operational, reputational and regulatory risks facing the food and beverage industry.