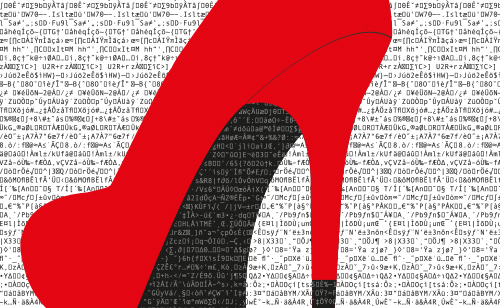 On the Business End of a Stiletto: Could E-Tracking Cargo Save Your Life?

Mark Twain said: “Clothes make the man. Naked people have little or no influence in society.”

Thus fashion weathered the recession with positive, if not flamboyant, balance sheets. Fashion has also profited in the recovery, contributing USD 1.7 trillion to the global economy.

A parallel industry has flourished through recession and recovery: cargo theft. Even in far-flung regions, savvy criminals use wit, wires, and weapons to exploit loopholes and delegate the workload. Over half of the landmass, according to the IUMI (International Union of Marine Insurance), is prey to rampant, escalating cargo theft.

Asian cargo theft is rising, if severely underreported: India logged 57 incidents compared to 946 in the USA; Mainland China reported 33 incidents compared to 44 in Hong Kong. European thieves can hold their heads high with 216 incidents in Q1 2014, even if the hijacking hotspots for asphalt pirates are Brazil and Mexico. With South Africa, they are the only nations not at war, which ranked in the highest risk category.

TAPA’s (Transported Asset Protection Association) cargo-theft database includes single-haul thefts worth tens of millions in currency, electronics, pharmaceuticals, and tobacco. In the million to five-million range, metals, fashion, food, and cosmetics join the list. For businesses interested in brand integrity and a sustainable market share, ensuring high-value cargo reaches its destination is mandatory. Claim payouts can only mitigate the loss of business, when time is needed to regain the market share.

There’s the rub. Fashion exemplifies human ambition, but also highlights market risks. Haute Couture designers buy fabric on credit, then send forth their creations, hoping for a profit before the shelf life is over—six months, tops. They primarily survive on orders of USD 170 million-plus, generated during each of the top-four annual fashion weeks. If a collection is poached en route, or pinched from the warehouse, the designer suffers compound loss, defaulting on his fabric loan and losing his market share for the season. Smaller designers can be erased from the tableau permanently. Never mind the carnage on the catwalk—who wants to be on the business end of a 6-inch stiletto heel, telling a model fueled only by caffeine that she has to slink down the ramp swathed in the concoction of a backup designer?

Elsewhere losses are equally terrifying. TAPA has logged over 15 years of thefts. When you’re bored by the latest crime novel, snuggle down with records of police imposters, balaclavas, Kalashnikov rifles, hijackings, and shootouts.

What has technology done to stop it? Fleets have used GPS tracking systems for 15 years, but criminals know this, and either carry GPS-signal jammers, or transfer boxes to separate vehicles.

Highly effective, covert e-tracking uses a cloud monitoring system to pull continuous location data from GPS/cellular microchips the size of pellets, hidden in boxes amongst the wares. E-tracking has been on the security market for some time, but remains obscured by the perceived hassle and cost.

TAPA records cite numerous recoveries attributable to covert e-tracking. In January of 2014, hijackers in Mexico City absconded with a truck full of electronics, using a GPS-signal jammer to disable the fleet tracking system. Of the two hidden e-trackers tucked into boxes, one remained fully functional. FreightWatch was able to track the truck and report in real-time to the police, who captured the hijackers in under 45 minutes.

Signal jammers don’t disable every e-tracker in a container, and thieves don’t know which boxes contain the trackers. It takes well-rehearsed thieves two hours to transfer and unpack boxes, find covert e-trackers, and disable them. Time is of the essence, so the microchips use geofencing, alerting police and cloud security when goods diverge from a programmed route. Some e-trackers can also detect environmental factors: shock, inclination, temperature, moisture, and light. If light penetrates the trailer, the alarm is triggered. After an alarm, real-time tracking begins, and it’s a race against the clock, which police are winning. They are not only recovering goods, but catching thieves red-handed in their haunts—warehouses. A quick step later they have the owner’s or tenant’s name, the beginning of the end for entire criminal rings.

In 10-20 years, e-trackers will record even more data, and cost as little as a penny per chip. They’ll be nano-sized—woven into fabric, mixed into paper pulp, and welded into metal. They will be used for inventory as well as security.

Only 5% of businesses use e-tracking, despite at least a 90% theft recovery rate. Short-term balance sheets put businesses off the investment, but beyond lower insurance premiums, e-tracking can preserve long-term market value. It is the state of the art in transport security, and it should be the standard. It could save your cargo, your market share, and when it comes to fashion, even your life.