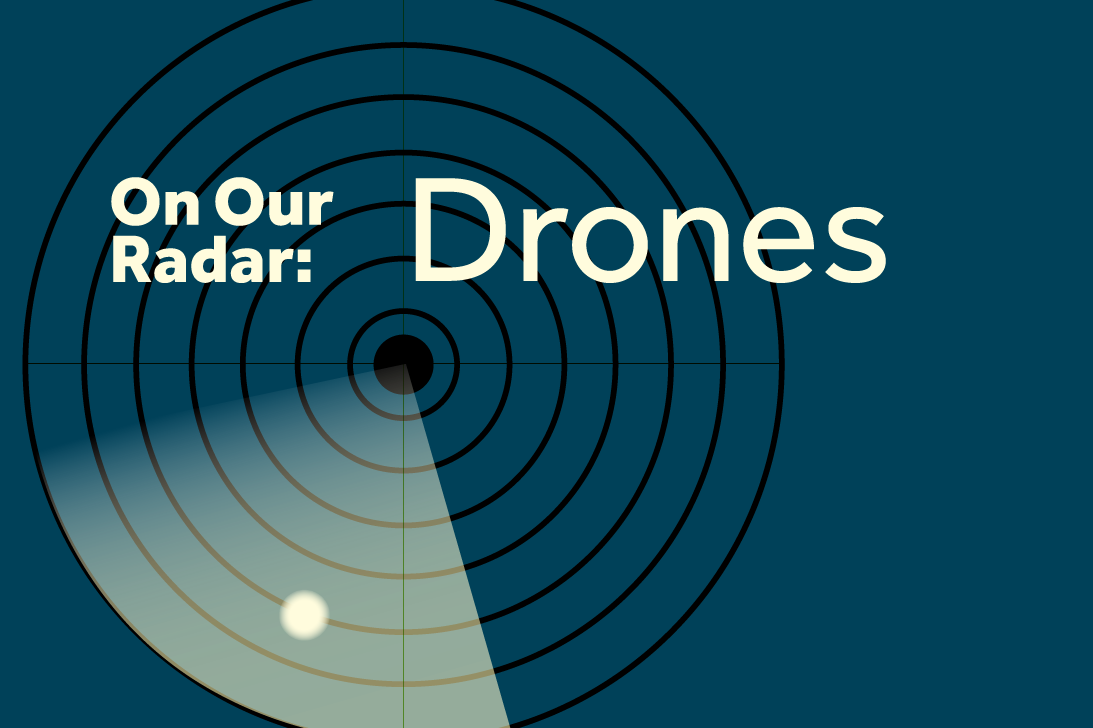 On Our Radar: Drones

The number of drones taking to the skies is unprecedented. The global consumer market topped $720 million in 2014 and is expected to double in 2015. In the US alone, it is estimated that more than 1 million drones will be sold in 2015. By 2020, predictions are that the drone market will to grow to $4.5 billion.

While drones’ potential in e-commerce and package delivery created quite a buzz Amazon’s Prime Air initiative and Google’s Project Wing, it’s not an early focus of the drone industry. The commercial drone market is taking shape around a handful of industries such as agriculture, energy, utilities, mining, construction, real estate, news media and film production.

The game of drones

Under new guidelines that went into effect in December 2015, the US Federal Aviation Administration (FAA) requires drone owners to register their recreational drones if they weigh between 0.55 and 55 pounds.   If recreational drone users in the US don't register, they could face civil penalties of up to $27,500 or criminal penalties including fines of up to $250,000 and possibly three years imprisonment. Recreational drone users will have to provide their name, physical address, email address and a credit card payment of $5 for user authentication purposes, according to the FAA. In February 2016, the FAA said that more than 325,000 drones have been registered with the federal government since a database opened on December 21, 2015.

Technically, the commercial drone business is banned in US airspace pending finalization of new FAA drone rules.  Currently, by law, any aircraft operation in the national airspace requires a certificated and registered aircraft, a licensed pilot, and operational approval.  However, commercial drone users can register their aircraft with the FAA by obtaining a Section 333 exemption which the agency reviews on a case by case basis.   The FAA has already registered nearly 3,000 commercial drones that need special permission to fly and more are likely.  For instance, the Walt Disney Co. recently filed for a Section 333 exemption to begin integrating drones into its fireworks shows at Disneyland and Walt Disney World.  According to details included in Disney’s Section 333 exemption request, they are looking to fly drones on preprogrammed flight paths and emit LED lights at various intervals, lighting up the sky. Up to 50 drones at one time might be used for nightly firework shows.

As individuals and business alike find new ways to use drone technology, insurers like XL Catlin are looking at what risks drones pose.  Could they cause bodily injury?  What about privacy issues?  What about new drone technologies?  What other risks will they pose?  That’s why XL Catlin has risks related to drones on our radar.