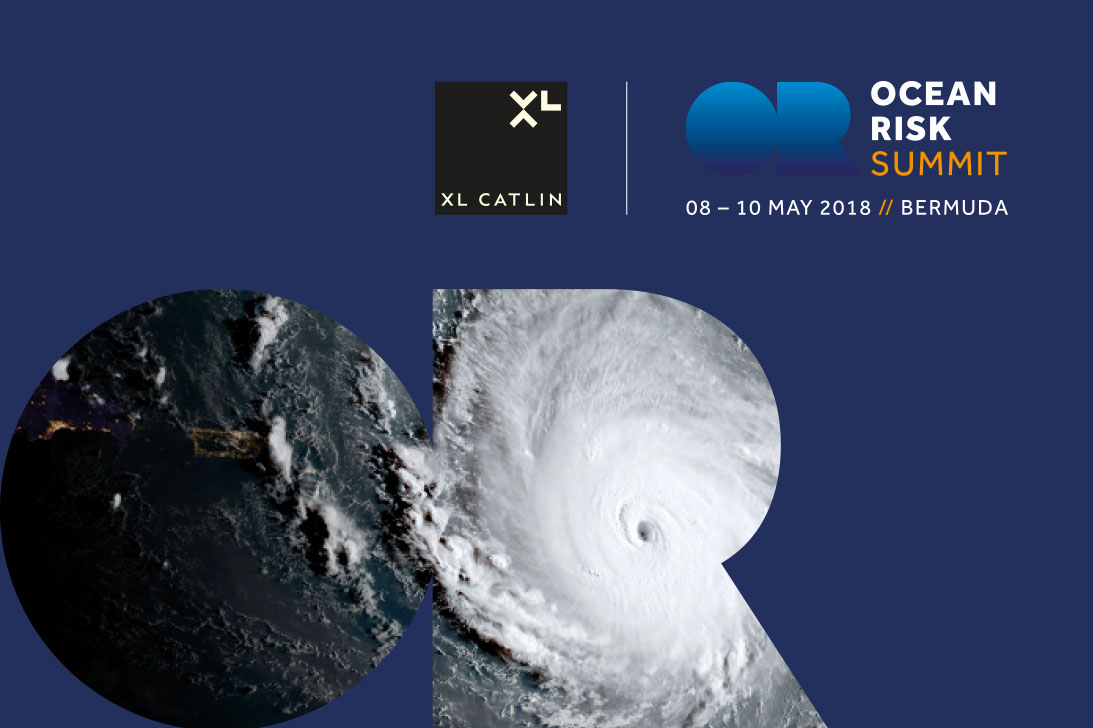 Ocean risk: how insurers can lead the way in building resilience

Ever since the days of Edward Lloyd’s coffee shop more than three-hundred years ago, the insurance and reinsurance industry has been intrinsically linked with the ocean. As the first Ocean Risk Summit approaches in May, Chip Cunliffe, Sustainable Development Director at XL Catlin, discusses the hazards that communities and economies around the world face from the changes taking place in and to the ocean, and how the insurance industry must lead a multi-sectoral approach to mitigate and build resilience to ocean risk.

The ocean is fundamental to supporting life on earth, and plays a critical role in supporting the world economy. Many societies depend upon it for food, goods and services and employment. Yet it is changing faster today than at any time in the past 65 million years. Alongside ocean acidification, pollution and overfishing, we’re seeing ocean warming leading to sea-level rise, Arctic sea ice loss, a potential increase in the intensity of storms, deoxygenation and the poleward movement of fish. All of these are creating significant uncertainty and risk to coastal communities - but the implications extend many hundreds of miles from coastlines too.

Ocean risk is, therefore, a profound challenge – and the scale and interconnectedness of these threats mean a multi-sectoral approach is needed to tackle them.

Why is the ocean so important?

The ocean covers 71% of the earth’s surface, provides food for more than four billion people, produces about half of the oxygen we breathe, and provides livelihoods for millions of people. It also plays a crucial role in regulating our climate and controlling weather patterns.

The Organisation for Economic Cooperation and Development (OECD) in 2016 estimated that the “blue economy” creates about $1.5 trillion in value-added to the global economy. The World Wide Fund for Nature estimates the ocean’s “gross marine product” at about $2.5 trillion a year – which makes the ocean the seventh largest economy in the world. Direct full-time employment in ocean-based industries is about 31 million jobs, according to the OECD.

This massively important role played by the ocean in the world’s economy is, however, currently in jeopardy because of deterioration to the marine environment. The multiple threats to the ocean include CO2 emissions, pollution, destructive fishing practices and overfishing.

About two-thirds of the ocean’s value is threatened by over-exploitation, misuse and climate change, the WWF said in a recent study.

The ocean is warming. Since 1955, more than 90% of the excess heat trapped by greenhouse gases has been stored in the oceans. The average global sea temperature has risen by about 0.13 degrees Celsius per decade since the beginning of the 20th Century.

The results include Arctic warming and a loss of sea ice; increased surface warming; sea-level rises – at a current rate of 3 millimetres a year; increased storm intensity; low levels of dissolved oxygen in seawater; and decreased salinity of water.

The ocean absorbs 26% of the atmospheric CO2 produced by burning fossil fuels. This means that the ocean is now 30% more acidic than before the industrial era. This has begun to affect ecosystems such as coral reefs and the animals at the bottom of the food chain.

These interconnected risks are having an impact on sea life, ocean ecosystems and the climate.

And there are profound consequences for human life too.

The impact on humans

The effect of ocean change will affect humans whether or not they live in coastal or maritime regions. There are potentially huge implications for food security, human health, weather and climate; national security and migration.

Fisheries and aquaculture together provide about 4.3 billion people with 15% of their average per capita intake of protein. But ocean warming is causing changes in the distribution of fish stocks and this will cause shifts in fisheries production depending on their location.

Human health is, according to some scientists, already being affected by ocean change because of the enhanced survival and spread of tropical diseases caused by increasing temperatures. Human health also will be impacted by increased disease in marine animals that make up part of our diet.

As the ocean warms, the atmosphere above it is also affected. The Intergovernmental Panel on Climate Change states that a changing climate leads to “changes in the frequency, intensity, spatial extent, duration, and timing of extreme weather and climate events”.

This – as insurers and reinsurers are all too aware – has big implications for society. According to AIR Worldwide, in the U.S., for example, the total insured value of properties located within the footprint of the modelled 100-year return period storm exceeds $1.1 trillion.

Rising sea levels and the threat of storm surges are affecting flood risk, and this has implications for industries, infrastructure and, ultimately, on human migration.

So what can we do about it?

The picture may seem a pretty gloomy one. But there are pre-emptive steps that can be taken to manage and perhaps even reduce ocean risk.

This requires a multi-sectoral approach, and the insurance and reinsurance industry – with its understanding of risk and modelling is ideally positioned.

The priorities for managing ocean risk include an updated assessment of the risks to human life and ecosystems, a new economic analysis of the risk of ocean change, and a coordinated, global approach to protect the oceans.

Innovative insurance solutions are already playing a role in helping communities face up to this risk. A pioneering pilot scheme in Mexico, for example, has seen a partnership between the Government, insurers and the local hotel industry to insure ecosystems that provide coastal protection.

To stay ahead of the curve, we need to initiate discussion on the topic and build awareness in the international community.

The Ocean Risk Summit will take place in Bermuda, May 8-10, bringing together leaders from the political, economic, environmental and risk management sectors. Experts will identify short- and long-term exposures to ocean hazards, and consider how new approaches, tools and technologies can be used to help build resilience at local, regional and global levels.

Ocean change is a very real risk. The insurance and reinsurance industries have a key role to play.

To be part of the solution, come and join us at the Ocean Risk Summit. Register at OceanRiskSummit.com.

About the author: Chip Cunliffe is Director of Sustainable Development at XL Catlin. Chip is based in London and can be reached at Chip.Cunliffe@xlcatlin.com.