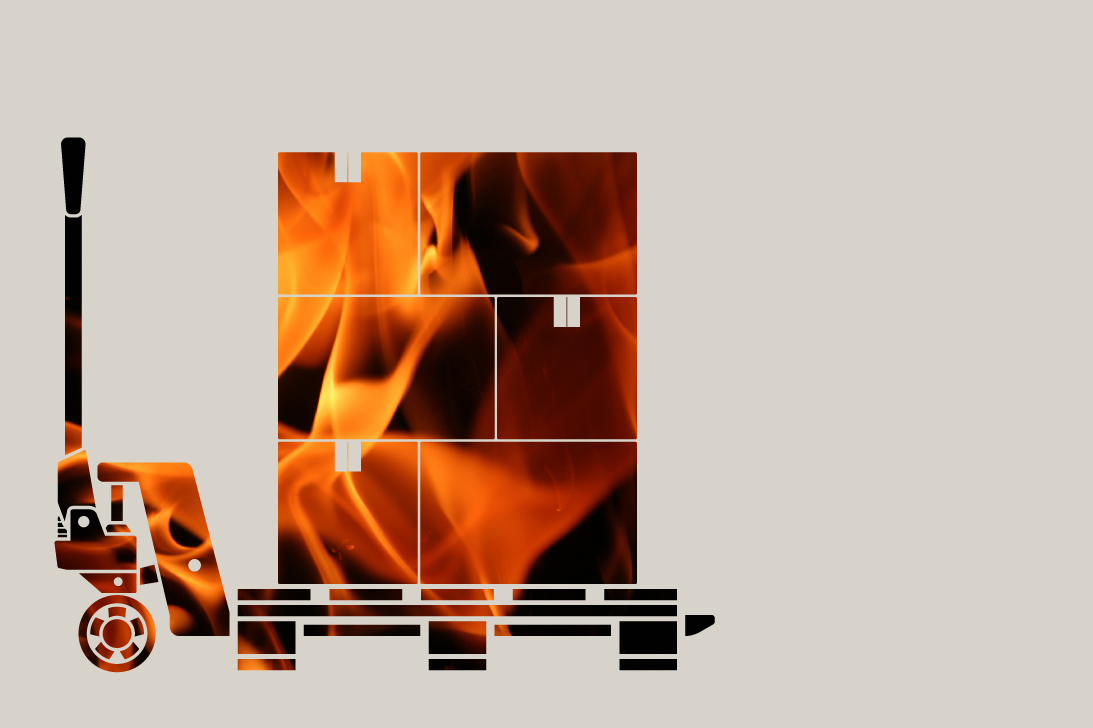 The trend in transport and logistics is unmistakable: bigger is better.Warehouses/fulfillment centers are becoming supersized in the same way that ships, ports and even the venerable Panama Canal continue to get larger and larger.The economies of scale and efficiency gains achieved by supersizing warehouses, ships, ports and canals have made it possible to move goods around the world more cheaply, quickly and reliably. These advances, in turn, have enabled many companies and industries to adopt “just-in-time manufacturing” methods that offer significantly shorter and more economical flow times within the production system and markedly faster response times to customers.However, for all the benefits supersizing has delivered, the massive scale of these operations means the possible repercussions on a company – and potentially entire industries – could be substantial when something goes wrong. And as individual elements grow bigger and bigger, the risk management challenges involved in protecting materials as they move through the supply chain also increase substantially.The first line of defenseNot so long ago, a warehouse greater than 10,000 square meters (sqm) was considered large. (Sizes refer to the building’s floor area.) Today, those are deemed small. We regularly see warehouses in the range of 50-60,000 sqm, and newer distribution centers often exceed 100,000 sqm. That’s about the same size as The O2 Arena in London, and slightly less than the Jean-Luc Lagardère Plant in France where the Airbus A380 is assembled.That makes for a huge roof span, so the design and construction of the structure take on added importance, especially if it’s situated in an area susceptible to high winds or heavy snowfalls.Given the enormous volumes of material stored in a mega warehouse, the protection systems, and particularly the sprinklers, are crucial. While fire brigades will usually arrive promptly, their priority is rescuing people caught inside. They will also take steps to prevent the fire from spreading to other buildings. But if the sprinklers don’t suppress the fire within the first few minutes, it will often be too dangerous for firefighters to try to save the inventory.Limited influenceThe impacts from a fire in a mega warehouse are also magnified when it’s configured for maximum flexibility.For manufacturers and retailers, subdividing a mega warehouse into 5-7,000 sqm compartments has some advantages. At that size, the insured values within a single compartment aren’t astronomical, and the protection systems could limit smoke contamination in nearby compartments.

That also means a company storing inventory in a mega warehouse often has limited influence over how it is designed and built, including the safety and protection systems.

However, many warehouses today are managed by a logistics company that leases the building from a real estate developer. So the actual warehouse user is one-two degrees removed from the ownership and operation of the facility. That also means a company storing inventory in a mega warehouse often has limited influence over how it is designed and built, including the safety and protection systems.And logistics companies usually prefer a more open design that offers greater flexibility.One of our clients, for example, recently centralized its entire North American inventory in a new 100,000 sqm warehouse configured with two walls and three 33,000 sqm compartments. All filled with combustible materials.In this case, our client would have preferred more, smaller compartments. The warehouse owner, however, was reluctant to subdivide it further because should this company leave, they wanted to be able to offer a flexible layout to another manufacturer or retailer.Moving to a new space? Check the protection systemsThe risks are also magnified whenever the configuration is changed.It’s not uncommon for a manufacturer or retailer to move its inventory to a new location – perhaps to take advantage of better access to transport links or to be closer to suppliers/end customers. Then a new company takes over the warehouse space and has the logistics provider reconfigure the layout and racking. Same space, but with perhaps vastly different inventories and arrangements.In my experience, however, the new tenant often doesn’t review the protection systems that are already in place. And in many cases, the risk assessment conducted by our property risk engineers finds that the protection system is unlikely to be effective. At that point, however, updating the system is often prohibitively expensive since the warehouse is fully stocked and running 24/7.Another issue is when smoke vents in the ceiling operate in direct conflict with the sprinkler systems. Many jurisdictions, including Hungary, Poland and China, require vents triggered by automatic smoke detection for life safety purposes. The problem is that early opening of the vents can delay the sprinklers from activating. My colleague John Frank, Loss Prevention Center of Excellence Leader, explored this issue in more detail in his article on protective ventilation systems.The weakest linkPerhaps contrary to popular perceptions, most of the work in these mega warehouses is still done by people. Automated forklifts are common, especially in warehouses holding a limited range of materials. However, in fulfillment centers for online retailers, armies of robots have not yet appeared in force.Which means that the human element still plays a role in most incidents.Data compiled by the U.S. National Fire Protection Association for 2009-2013 show that 18 percent of the warehouse fires in the U.S. were intentionally set, and these accounted for 32 percent of the direct property damage resulting from fires in warehouses.And as warehouses get bigger and bigger, screening and monitoring a growing multitude of mostly temporary workers naturally becomes more difficult.Not long ago, for instance, a major fulfillment center in the UK caught fire. It was allegedly started by a disgruntled employee. Press reports noted that this operation had 1,300 people working there at the time.That challenge should lessen over time as fulfillment centers become increasingly automated – an angry robot is unlikely to start a fire deliberately. At the same time, mobile autonomy is not risk-free. The charging stations for robots, for instance, could introduce a new fire hazard. And cyber attacks are certain to be a concern.It will be interesting to see how these developments impact the size, siting and design of warehouses and fulfillment centers. Some observers, for example, predict that the increasing use of drones will lead to the development of a hub-and-spoke model for fulfillment centers.Regardless of how the industry and risk landscape evolve, risk managers should not lose sight of the fact that even though their stock may be in the custody of a 3rd party logistics provider, it’s still their business that’s affected if a fire breaks out in a warehouse or a windstorm peels the roof off. And given the immense quantities of materials stuffed into today’s mega warehouses, the direct and indirect impacts of a fire, natural disaster or another crippling event could be severe and long-lasting.About the authorTerrence Behan leads XL Catlin’s Property Risk Engineering team in Asia-Pacific. He can be reached at terrence.behan@xlcatlin.com