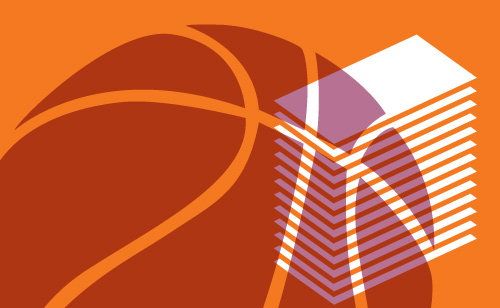 They don’t call the NCAA Tournament “March Madness” for nothing.  Over a four week time frame, beginning in mid-March and culminating in the Final Four Championship games on April 5 through 7, 68 teams will play 63 games in 14 different arenas throughout the US. Venues range from university basketball courts like the University of Dayton Arena in Dayton, Ohio, to large corporate centers such as BMO Harris Bradley Center in Milwaukee, Wisconsin, and the PNC Arena in Raleigh, North Carolina. For the first time in the Tournament’s history, New York’s Madison Square Garden will host the East Regional Semifinals on March 28 through 30. Thousands will attend the games, while hundreds of thousands more will tune in to watch them live on television, on their smart phones, and in bars and restaurants throughout the US.

Adding to the madness, Warren Buffet announced he is offering $1 billion to anyone who can correctly pick the winners of all the games. The chances of winning are said to be one in 4,294,967,296.  Buffet and Berkshire Hathaway are partnering with Quicken Loans, owned by fellow billionaire Cleveland Cavaliers owner Dan Gilbert.   The contest is made possible by what's known as prize indemnity insurance.  Quicken Loans is paying Berkshire Hathaway a premium to insure a potential $1 billion prize.  While the billion dollar bet seems almost impossible to win, Quicken also says it will award $100,000 each to the 20 most accurate “imperfect” brackets for use in buying, refinancing or remodeling a home.

Prize indemnity coverage is just one of the types of insurance that can get called into play.   From the NCAA Tournament to the Super Bowl and events like the Sochi Olympic Games, a variety of insurance coverages are available to sporting events operators from general liability & property coverages to even more specialized policies to address travel disruption, liquor liability, and even fireworks coverage, if the event is planning to end with a few bangs.

Some larger venues, especially in cities, are also considering stand-alone political terrorism coverage as part of their risk management plans.  And special event or event cancellation insurance is another coverage often enlisted to protect an event organizer’s finances.  Especially with the extreme weather conditions seen this winter, cancellation insurance helps organizers address potential added cost of an event delay or loss of revenues because of a drop in attendance.

According to Drew Smith, Chief Marketing Officer at American Specialty; “Tournaments like March Madness present interesting challenges and exposures for arenas and stadiums.  Inclement weather, a tight tournament schedule, and multiple games played on the same day can challenge even the best venue managers.  In addition, with such large crowds on any single day, the venue manager must staff appropriately in order to prevent injuries or incidents from occurring at his facility; parking lots, walkways, bathrooms, concession areas, etc. must be properly maintained.  An injury or incident to a spectator can result in a potential general liability claim filed against the venue manager.”

As Drew explains, venues draw large crowds for sporting events.  The fans of the teams are competitive and intense, including fans during March Madness.  Venue staff must be ready to adjust their security detail to staff appropriately. “Venue managers must plan appropriately to control fans and protect spectators, players, and coaches.  Last week, the venue could have hosted an ice show or small concert with a much smaller, and less competitive crowd,” says Drew.

While winter weather doesn’t put a complete damper on a game, it may require taking extra precautions.  Slip and falls are the most common incident to occur at venues.  Therefore, operators need to ensure that the parking lot is clear of ice, the concourse doesn’t have spilled drinks on the floor or the roof is clear of excessive snow or ice.

Betting on “March Madness” is a sure thing. The excitement will build and teams will be making their way through the brackets to the “Sweet Sixteen” and the “Final Four.”   In the end, someone might come out a winner with Mr. Buffet’s $1 billion bet.   At this point, it’s anyone’s ballgame.

For sports arenas hosting this year’s tournament, preparation, prevention and the right insurance are all part of the game plan.  Let the Madness begin!

Maryanne Sherman is President of Sherman Think Tank, a marketing communications “think tank” specializing in the re/insurance industry.  She is a veteran writer with over 25 years of experience writing about re/insurance.  She can be reached at msherman@shermanthinktank.com.