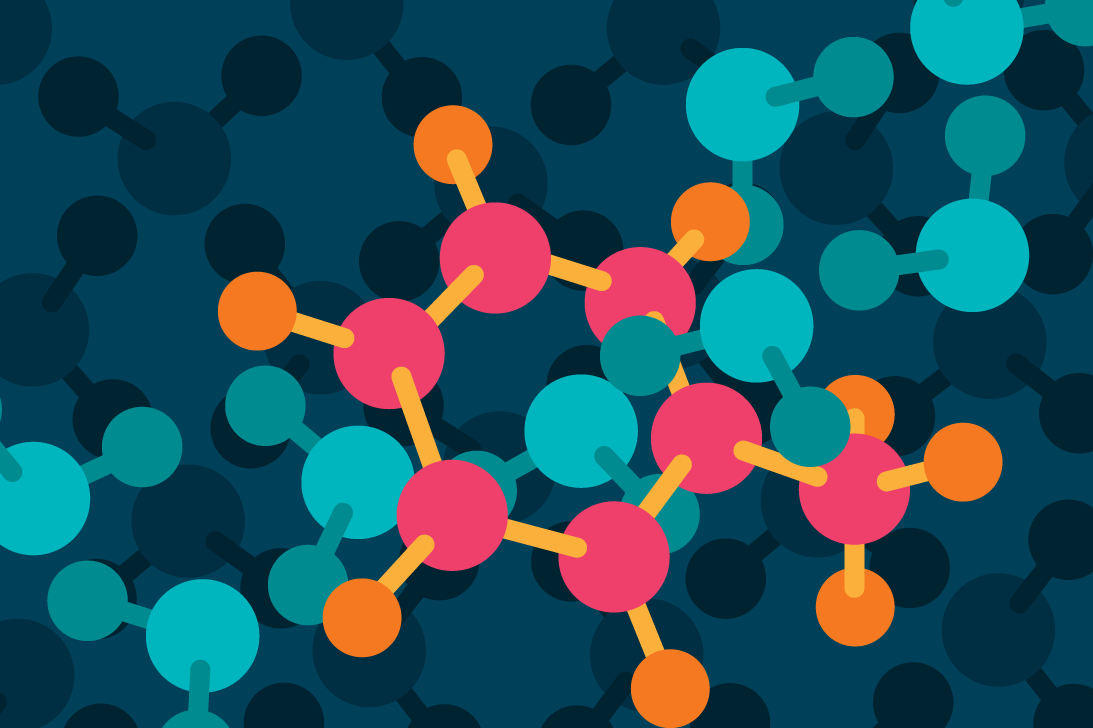 The earth and everything found on it is made up of chemical substances. Basic things that are essential to our survival and an integral part of everyday life can be broken down to their chemical makeup.  Water is comprised of hydrogen and oxygen and the air we breathe is primarily made up of nitrogen, oxygen, argon and carbon dioxide.  The paper we write on is made through a variety of chemical processes and is made up of cellulose and lignin and table salt is combination of sodium and chloride.  Some chemicals occur naturally but many are created synthetically by man.  Chemicals are found in every economic sector and every industry and with such frequent use of chemicals come risk. The accidental releases during the extraction from the earth of raw materials for, manufacturing and/or the use of the final products are the primary origins of all environmental claims.

Policies providing protection against environmental risks have been around for approximately 30 years.  Today’s pollution insurance policies provide coverage for statutory clean up requirements, third party claims for bodily injury and property damage and associated legal expenses resulting from pollution or contamination of environmental media.  Environmental media includes air/vapors, surface water and sediments, ground water and soil.  After coverage has been confirmed, the ultimate goal in the adjustment of environmental claims is to minimize costs to clean up or abate the pollution from the impaired media to an acceptable risk for protection of human health and the environment.  However, this is easier said than done due to many technical challenges which make environmental claims so complex and difficult to handle.

For the most part, environmental claims are a result of the inadvertent release of at least one chemical into environmental media causing impairment to the media or exposure to humans.  Exceptions to inadvertent releases are naturally occurring chemicals such as arsenic in soils, natural seeps of crude oil and mold in and on structures.  This article specifically focuses on the adjustment of accidental releases (both current and historical) of chemical substances polluting environmental media.

The clean up or abatement of pollution in impacted media is more commonly known as remediation in the environmental community.  After pollution is discovered or a release occurs, it’s not as simple as just going out in the field and completing the remediation.  In order to perform the remediation of a pollutant a great deal of “science” comes into play.  The characteristics of the pollutant and the environmental media heavily impact how remediation can be performed.  It would be simple and inexpensive to remediate a pollutant from the environment if every pollutant had the same properties, behaved the same once released into the environment and the earth was a homogeneous sand box. However, that’s simply not the case and as a result, the “science” complexities behind remediation projects can result in projects costing from a few thousand to potentially hundreds of millions of dollars.  Having an in depth knowledge of the “science” is essential in controlling the cost of pollution claims.  However, claim adjuster/handlers and “science” don’t typically go hand and hand.

After pollution is discovered or a release occurs, it&rsquo;s not as simple as just going out in the field and completing the remediation.

Chemical Fate and Transport – Defined as the movement and chemical alteration of contaminants as they move through environmental media.  The fate and transport of a chemical pollutant is dependent on several factors specific to each chemical.  And as there are literally thousands of chemicals, knowing the chemical fate and transport becomes a science of its own.  Several of the factors to consider are described:

Toxicity – is how harmful a chemical pollutant is to living organisms and includes chemical and physical toxicity of pollutants or adverse effects that each chemical of potential concern can cause.  A toxic contaminant making headlines recently is lead in drinking water.  Chronic exposure to lead by children can result in long term neurological impacts.

Again, the difficulty is that the toxicity of each chemical is different.  Routes of exposure to chemicals also come into play.  Was the exposure through breathing in chemical vapors, ingestion; such as drinking leaded water or from absorption through the skin as a result of physical contact?  And how long was the exposure becomes a key determinant?

Physical toxicants are substances that interfere with biological processes when inhaled.  An example of this would be asbestos, dust or silica.  Also, corrosive chemicals will destroy tissue when they are spilled on the skin.

Environmental Media – Each chemical will behave and/or react differently in different environmental media.  And within the media the site specific characteristics of the media comes into play to complicate the science.  Soil, ground water and vapors are the primary media most impacted by pollution and we will focus our discussion on them.  The differing characteristics of these three media could fill volumes of texts books (and in fact does).  However, for the purposes of this article an oversimplified discussion of each is found below:

Two classes of chemical substances that behave differently than the other once they are released into the environment are petroleum based fuels and chlorinated solvents.  Gasoline is a petroleum based fuel which is often released from underground storage tanks from fuel stations.  It is a common groundwater contaminant which consists of hundreds of individual hydrocarbons.  The primary chemical of concern in gasoline is benzene, a known human carcinogen.  Gasoline is a light non-aqueous phased liquid (LNAPL) or more simply, it’s a floater; meaning that when released into the ground it will float on top of the ground water.  Technologies to remediate gasoline soil and groundwater contamination are plentiful.  While remediation costs are site specific based on the volume of gasoline released, age of the release and the site geology, costs to cleanup a gasoline service station site can typically be completed for under $1M.

Once common chlorinated solvent are the fluids used routinely by local clothing dry cleaning operations.  Chlorinated solvents also consist of hydrocarbons but include chlorine atoms attached to their structure.  This makes them more toxic than petroleum hydrocarbons.  In addition, unlike petroleum, dry cleaning solvent is a dense non-aqueous phase liquid (DNAPL).  What this means is that rather than floating on the ground water table, DNAPLs sink to the bottom of the aquifer.  With depth comes an increased cost of remediation.  It’s rare that ground water contamination emanating from a dry cleaner site can be completed for under $1M and it would not be uncommon to be in the $2M -$3M range and not out of the question to reach $5M - $7M.

Prior to implementing remediation of pollution in soil or ground water, adequate site characterization of the contamination type and severity of impacts is necessary in order to assess the risk to human health and the environment and to obtain the necessary data to design an appropriate mitigation or remediation strategy.  This is termed the remedial investigation (RI).  The RI may include the use of surface and subsurface soil sampling to determine contaminant concentrations as well as soil specific characteristics.  When ground water impacts are suspected, the installation of ground water monitoring wells will be completed and can be used to collect ground water samples, to perform pumping tests, and determine hydraulic properties of the aquifer.

After completion of the RI, a feasibility study is performed to evaluate the many types of remedial options available.  Unfortunately, there is no “one size fits all” solution.  The pollutant characteristics and the environmental media, discussed above, dictate what remedial technologies can be successfully employed to reduce the contaminant concentrations to achieve protection of human health and the environment.

Finally, the wild card in all this is the regulatory agencies that are mandated to protect human health and the environment.  The federal Environmental Protection Agency (EPA) has overall governance of the environment in the United States.  The EPA adopts regulations to enforce laws passed by Congress and sets national standards that are enforced by states and tribes.  The challenge is that each state has its own environmental agency and its own regulatory requirements.  A site could be under the jurisdiction of the EPA, the state or the worst case: both.  Thus, in depth knowledge of the myriad of state and federal environmental regulations is essential.  The age old question in the environmental industry is “how clean is clean”?  And the regulators will ultimately answer that question.

While the above provides a summary of the complexities that exist and challenge environmental claim handlers, what was presented is truly an oversimplification of the actual knowledge necessary and the  process required to complete the remediation of a pollutant.  The environmental industry is not unlike the medical field in that there are many specialized professions that are necessary and multiple professions are necessary throughout the life of an environmental claim.  These professions may include geologists, hydrogeologists, toxicologists, engineers, scientists, RI specialists, remediation technology experts, air quality specialists, hydrologists and at times lawyers.

As noted above, the ultimate goal in the adjustment of environmental claims is to minimize costs to remediate pollution from the impaired media to an acceptable risk for protection of human health and the environment.  To do that effectively, a claim handler has to have a fundamental knowledge of chemicals, media, RI techniques, remediation technologies and environmental regulations.  Without it, it’s almost a guarantee that the insurance carrier providing coverage for the polluting event will overpay to achieve claim closure.

About the AuthorMarlin Zechman is an environmental claims manager with XL Catlin’s Environmental business unit.  He can be reached at marlin.zechman@xlcatlin.com