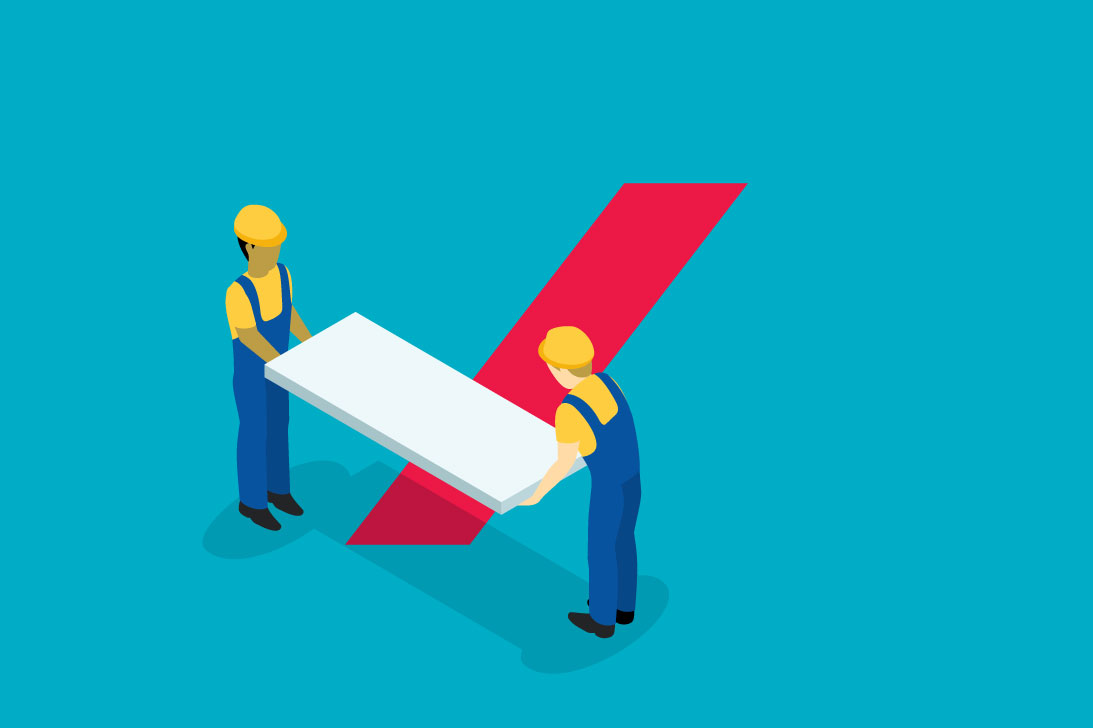 Is asbestos making a comeback?

This past June, the U.S. Environmental Protection Agency (EPA) announced a proposed “significant new use rule” (SNUR) on asbestos. The proposed rule, which was open for public comment until mid-August, would require manufacturers to notify the EPA if they’re introducing new uses of one of more than a dozen product categories. The agency says “new uses” are “asbestos product categories where manufacturing (including importing) and processing for the use is no longer ongoing.”

The announcement ignited a debate over whether it will make it easier for asbestos to return to widespread use. The EPA says that the SNUR proposal broadens asbestos regulation, adding more oversight to uses that are not currently illegal.

But critics, including the American Institute of Architects (AIA), say the proposed

rule—which followed major controversial changes to the EPA’s safety and security risk evaluation process earlier this year—could open the door to new or revitalized asbestos uses and ignores “legacy” uses, despite years of research into health risks arising from those uses.1 In a statement, the AIA voiced “strong opposition” to the SNUR, saying, “The EPA should be doing everything possible to curtail asbestos in the United States and beyond—not providing new pathways that expose the public to its dangers.” More than 60 countries have banned asbestos; the U.S. is not among them. In Canada, proposed regulations to ban asbestos are expected to go into effect by the end of 2018.

Randy Lewis, Vice President, Loss Prevention and Client Education for AXA XL’s Design Professional team, believes it’s highly unlikely that design professionals will specify new asbestos-containing products. “The health risks to the public and on the jobsite are so great and the liability so unmanageable,” he says, “that I can’t see contractors, owners or designers touching asbestos.” Lewis says that the risks, together with insurance exclusions and safety regulations, will continue to deter the use of asbestos in the design and construction industry.

“The risk to design professionals is unmanageable,” Lewis says. “We all remember that when asbestos products were determined to be hazardous, some plaintiff lawyers tried to hold A/Es at least partially responsible for damages or injuries caused by these materials, even though everyone considered them safe when they had been specified.”

More than 50 years since the first asbestos-related lawsuit was filed, asbestos litigation is still a multibillion dollar industry. Trial lawyers compete to represent victims and there’s been a dramatic increase in the number of defendants named on complaints or petitions, in a practice called “overnaming.” It’s not unheard of for plaintiffs to name over 100 defendants on an asbestos claim.

Lewis says insurance exclusions will also impede new asbestos use. “All the A/E professional liability insurance policies I’ve seen exclude claims based on or arising out of an A/E’s specification of any asbestos-containing materials or products, in any form,” he says. General liability (CGL) policies also exclude asbestos claims. “These exclusions alone should give A/Es pause before considering any new asbestos products, even if they’re thought to be safe,” Lewis says. “Why assume the risk of an uninsured claim?”

Lewis says the Occupational Safety and Health Administration (OSHA) could also block proposed new uses of asbestos, at least regarding the workplace. The Chemical Safety Act2 requires the EPA to consult with OSHA “prior to adopting any prohibition or other restriction relating to a chemical substance with respect to which the Administrator has made a determination to address workplace exposures.” While critics worry that OSHA  sometimes fails to enact regulations in a timely fashion, the agency has recently taken a tough stance on related issues such as silica. “It’s hard to imagine them retreating,” Lewis says.

Still, even if A/Es don’t knowingly specify a product that contains asbestos, there’s some cause for concern. Lewis worries that the trend toward product transparency may mean increased liability for architects and engineers if they’re expected to do more independent investigation regarding materials in products they specify (or that the contractor proposes as a substitution). “To what extent can an A/E rely on a manufacturer’s data about a product?” he says. “What if it’s false or incomplete? If someone claims to have been harmed by asbestos in a building product an A/E specified, the injured party will likely claim that the A/E knew—or should have known—that the product contained asbestos.”

“We don’t know if new asbestos-containing construction products will find their way to the market,” Lewis says, “but the EPA proposal is a good reminder to A/Es that they need adequate protections when they specify products, both foreign and domestic.” He offers some suggestions:

Federal rules aside, Lewis says that A/Es will play an important role in whether approved new uses of asbestos are ultimately employed in construction. “Architects and engineers are licensed to protect the public health, safety, and welfare,” he says. “Why put the public—as well as the financial well-being of their own firms—at risk by specifying one of these products?”

EPA. “Problem Formulation of the Risk Evaluation for Asbestos.”