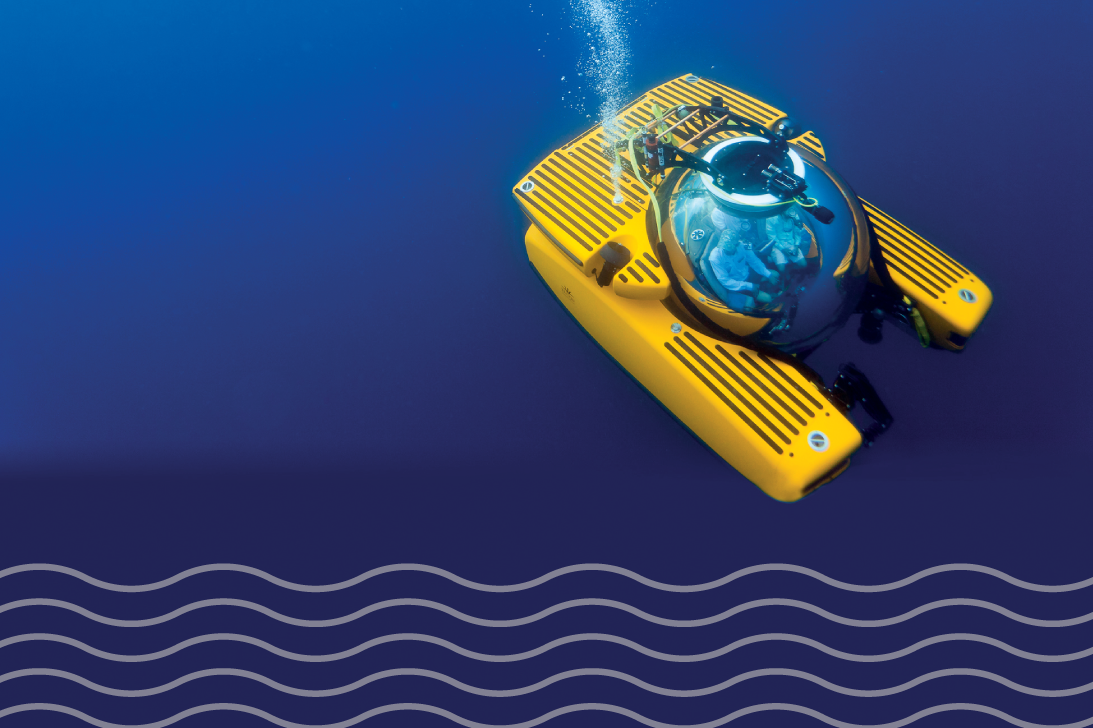 For centuries scientists have known about the importance of the oceans in supporting life on Earth, yet today they are changing faster than at any time in the last 65 million years. Alongside ocean acidification and dramatic declines in Arctic sea-ice and coral reef health, consequences of ocean warming are being observed across the globe.

There is a significant lack of knowledge around how changes taking place in the oceans will impact businesses, communities and society in the future.  That’s why, as part of its broader commitment to sustainability and the environment, global (re)insurer XL Catlin has supported ocean science research since 2009. As a legacy of this research an Oceans Education program was created to boost ocean literacy for children aged between 7-16.

According to Chip Cunliffe, Director of Environmental Science Programs and Education, “Managing risk effectively requires us to understand it. We’ve been mapping and measuring the oceans for the past eight years, and through Oceans Education we’re sharing our discoveries with children, teachers and parents, so we can all learn how important the oceans are to our everyday lives”.

XL Catlin’s Ocean Education program is based on the exploits and findings of the explorers and scientists involved in the Catlin Arctic Survey, XL Catlin Seaview Survey and XL Catlin Deep Ocean Survey.  The Catlin Arctic Survey (2009 – 2011), investigated the impact of changes to sea ice on the Arctic Ocean; the XL Catlin Seaview Survey (2012-2016) created the world’s first digital baseline of coral reef health, and the XL Catlin Deep Ocean Survey (2016) was a pioneering, multidisciplinary scientific research program designed to measure the health and resilience of the deep ocean off the coasts of Canada and Bermuda. The key output of these scientific expeditions is to bring real science into the classroom and inspire a new generation to take up STEM subjects.

One of the highlights is XL Catlin’s Arctic and Coral Live! events. In partnership with Skype in the Classroom, more than 400 live lessons have been aired from the Arctic and tropics. Now in its fourth year, Arctic Live! connects students and classes across the world with scientists, explorers, educators, and filmmakers from the UK’s Arctic Research Station in Ny-Alesund, Svalbard, just 600 miles from the North Pole.

Since 2014, Arctic Live! has grown to become a major international Arctic and STEM education initiative, engaging an estimated direct audience of more than 28,000 students in 34 countries. These live lessons provide students with an opportunity to meet scientists at the most northerly permanent settlement in the world and to speak directly with those researching vital data on environmental change.  Likewise Coral Live!, showcases the wonders of life on the reefs and discusses the challenges facing coral health around the world. In November 2017, Coral Live! returns giving students the opportunity to speak with scientists and educators from Bermuda.

Key to XL Catlin&rsquo;s vision of reaching 10 million students by 2020 is the use of state of the art technology.

Key to XL Catlin’s vision of reaching 10 million students by 2020 is the use of state of the art technology.

“Working with Google and our education partner Digital Explorer, we recently launched a new set of resources using 360° virtual reality,” explained Mr. Cunliffe.   ”With 360° cardboard viewers and mobile phones, participating teachers have the choice of various virtual expeditions - from exploring hundreds of kilometers of the world’s coral reefs, to travelling across the Arctic on a skidoo and abseiling into a glacier or diving in a manned submersible off the coast of Bermuda.

Between 2012 and 2016, the XL Catlin Seaview Survey recorded more than 750 miles (1200km) of coral reefs using the SVII camera system. More than one million of these images have been “stitched” together to create “virtual dives” which can be viewed on platforms and apps such as Google Street View,  Google Expeditions and XL Catlin’s Oceans Education website.  Similarly, the XL Catlin Deep Ocean Survey utilized a system to record their dives down to nearly 100 feet (300 meters), where light has difficulty penetrating.

Now, the wonder of being able to view submarine exploration in virtual reality is available to classrooms globally.  The highly interactive Oceans Education  website boasts 24,000+ users from 171 countries with 120,000+page views and has won numerous awards.

To further ocean literacy, Oceans Education also offers an award-winning set of online learning materials that are available to teachers and students around the world. The program includes curriculum booklets for science and geography education aligned to the Next Generation Science Standards. With 58 lesson plans, 187 activity sheets and supporting resources including 70+ short films and 250+ photos, teachers are well provided for. So far almost 13,000 resources have been used by over 4,000 schools in 96 countries.

The impact of the Oceans Education program has been well received:

From the comfort of their classrooms, XL Catlin’s Oceans Education has reached an estimated 3.5 million students globally so far.

Educating a new generation of scientists and explorers

According to Mr. Cunliffe, “As a global re/insurer, we think we have a duty to learn as much as we can about the ocean as a body and driver of change because the oceans have a direct impact on the lives of millions of people, including many of the risks XL Catlin insures. We’re proud to play a role in helping to gather scientific facts about the risks facing our planet and then getting that information into the hands of a new generation of scientists and explorers.”