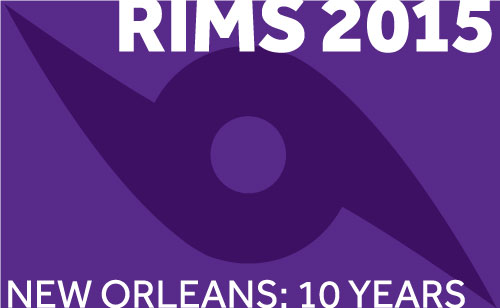 How the risk profession has evolved since Katrina

Risk managers and insurance professionals are preparing to gather for the Risk & Insurance Management Society (RIMS) 2015 Annual Conference & Exhibition in New Orleans, 10 years after a catastrophic event that reshaped risk management – and the insurance industry.

Hurricane Katrina devastated the U.S. Gulf Coast in 2005, and some parts of New Orleans are still struggling to recover. It remains the costliest insured event to date. According to the Insurance Information Institute, Katrina cost insurers and reinsurers more than $41.1 billion in onshore losses. The total insured losses were about $60 billion, counting claims under the National Flood Insurance Program and insured offshore energy assets.

When RIMS last visited New Orleans, in 2007, much of the damage from Katrina still seemed fresh. The city and the region were reeling from the effects of the storm. That year, I drove from New Orleans to Mississippi with some friends who lost a home in Pass Christian, Miss., where Katrina’s eye came ashore. All that was left was a concrete slab. On other lots, all that remained were staircases that led to empty space. Nearby, in their former neighborhood, an upholstered chair was wedged in a tree, 20 feet off the ground – two years after the catastrophe. For me, that was a stark illustration of storm surge. It’s hard to imagine how anything survives the fury of a Category 5 hurricane.

Fortunately, a lot has changed. As insurance claims were paid and the federal government fortified New Orleans’ flood defenses, the city began its long march to recovery. Building codes were strengthened, and infrastructure has been improved. But the risk of another Katrina still weighs on the minds of people in Louisiana and Mississippi. They know another storm like Katrina will visit eventually. Will they be ready? It’s something that attendees of RIMS should think about, too.

The theme of RIMS ’15 is “New Innovations, New Encounters, New Knowledge.” That is fitting, because there is a lot that’s new about how organizations need to think about risk. Let’s look at some of the lessons from 2005 and what has changed for risk professionals in the decade since.

Here are several that come to mind:

We might be able to measure risk more accurately today than 10 years ago, but the wind still blows, the earth still shakes and human behaviors still cause liability.

Regis Coccia is an insurance journalist and content strategist. His columns on insurance and risk topics appear periodically on Fast Fast Forward.