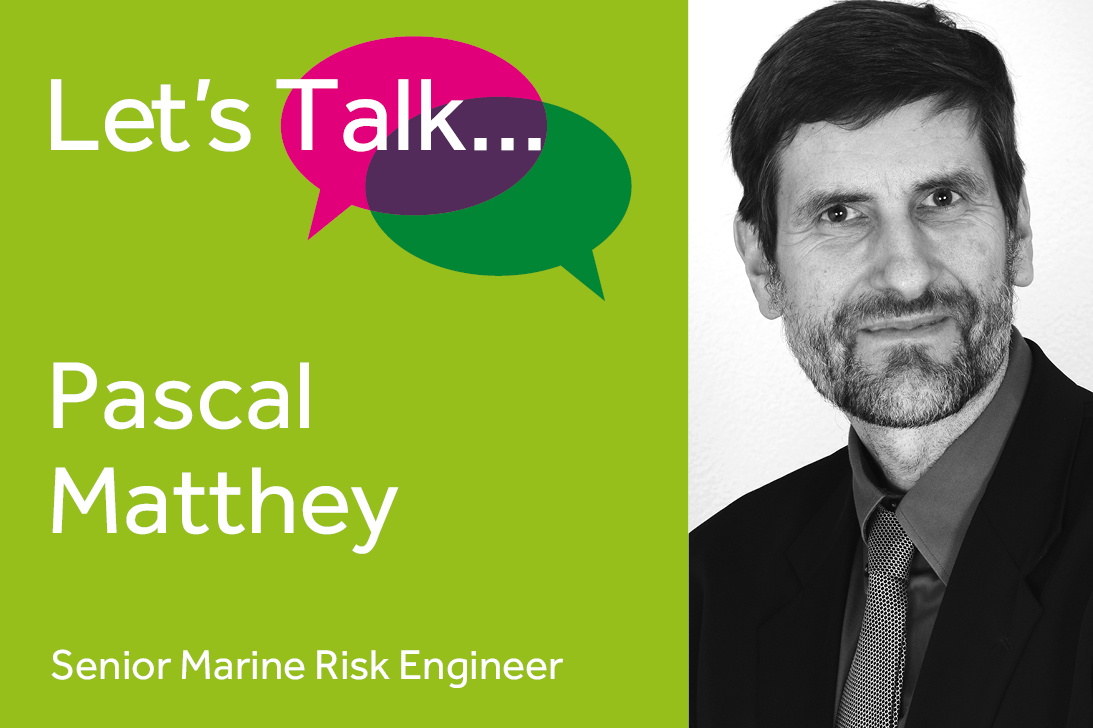 Global programmes: Marine risks and how to manage them

Marine is by its very nature a global business and global insurance programmes can help risk managers to get a handle on these complex and international risks, as Pascal Matthey, senior marine risk engineer at XL Catlin in Zurich, explains.

Is there an appetite to include marine risks in global programmes?

For marine business, a global programme insurer can help a risk manager to get a better picture of their risks around the world, for example, for a risk manager in Japan it is important to understand that risks might be very different in, say, Mexico. Risk engineering can really help with this understanding.

What are some of the major evolving risks facing the marine industry?

There are several risks facing the marine industry that are not new but which are changing all the time; these include political risk, terrorism and piracy. Cyber risk is, of course, a big concern for the marine industry. Vessels increasingly are reliant upon computer systems for navigation, and this opens up the possibility of a ship’s course being altered. Cyber poses a very real risk if you are transporting perishable goods – any delay to delivery caused by a cyber event could result in large losses.

A good example of the real threat cyber poses to the marine industry is the two-year-long attack on the Port of Antwerp during which a Dutch criminal gang used the port to transfer drugs hidden in containers carrying bananas and timber, among other things, from South America. The gang hired a group of hackers who hacked the system of two piers in the port which managed the transport, storage and shipment of thousands of containers that pass through the port – one of the busiest in the world – each day. The hack allowed the gang to send in truck drivers to steal the cargo before the real customers arrived to collect their goods.

Hackers potentially could divert or reroute ships &ndash; this could become a very modern form of piracy.

The sheer volume of containers being moved through ports means that IT systems are vital for knowing where a container is at any one time. If that system breaks down, then thousands of containers could be left lying around with nobody quite knowing to whom they belonged and where they were destined.

Does the new breed of mega ships pose new risks?

The ever larger ships coming into operation are pretty safe when it comes to navigation. But perhaps the greater risk comes with the degree to which control is relinquished when huge numbers of containers are transported on one vessel. Transit risks, such as the wrong declaration of the contents of a container, are a concern here.

Regulation is pretty tight, however. The International Convention for the Safety of Life at Sea requires all containers to be weighed, controlled and stacked correctly. For example, there is an increased fire risk if containers carrying fireworks are stacked too near the top of a stack – too near the heat of the sun – or too close to a machinery room, which might also cause them to overheat. It is extremely difficult to extinguish a fire on a ship, so this is a major concern for risk managers.

The ability to sail ships through Polar waters, for example, is changing the risk profile too. It would be extremely challenging to mount a large scale rescue operation, for example. This brings with it risks of damage to goods and to the vessel itself, but also casualty risks.

Different ways of transporting goods also are changing marine and transportation risks. The fact that goods can now be sent swiftly by rail from Europe to Asia, for example, brings with it different exposures. While goods can be sent more quickly via rail routes than by ship – 15 days by rail compared with about 32 days via ship – there are risks associated with this mode of transport, such as derailment or attacks along the route.

Are there any other emerging risks on the horizon?

Tests are underway on unmanned ships – which effectively are like drones. The European Maritime Unmanned Navigation through Intelligence in Networks project is one example of a drive to explore ways to fully automate shipping. This is exciting technology, but there are potential challenges if shipping is fully automated. For example, hackers potentially could divert or reroute ships – this could become a very modern form of piracy.

What about advances in risk management?

New technologies can also help to manage risks too, of course. Risks can be monitored by putting chips into containers. If goods are sensitive to light or temperature, for example, this technology can help us to make better risk assessments. We expect to see this type of technology become widely used in the next few years.

For risk managers with marine exposures, international insurers can not only help them to put those risks into a global insurance programme, but also to gain a greater awareness of the risks they face and how to manage and mitigate them. Risk engineering and insurers with a global scope have an important role to play in helping to raise the risk awareness of our marine clients.

Pascal Matthey is a Senior Marine Risk Engineer at XL Catlin. He can be reached at  pascal.matthey@xlcatlin.com.