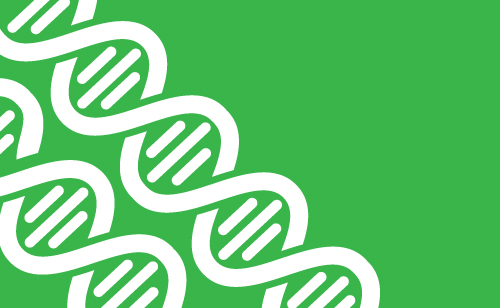 Genome Sequencing: What It Could Mean For Health and Human Rights

Disruptive technology is innovation which upends an industry, engenders an entirely new market, or fundamentally alters the way society operates.

Computers, smartphones, and email have transformed the cultural and corporate landscape, and now startling new technologies are springing up in every arena.

No one could forecast the full outcome of these innovations, but we have some ideas.

Welcome to the first article in our Fast Fast Forward Disruptive Technology series.

Today’s ontology is no longer just a philosophical contemplation of our existence; we concern ourselves more than ever with hard, practical analysis and progress. It is no surprise that ontology has become an IT term for the taxonomy of knowledge on any given subject.

Now scientists are creating the most fundamental ontology, as they map the basic structures of life, DNA. Those who dominate our future social order could be those who claim to understand our human blueprint, and who know how to exploit this information.

Witness the vertical ascent of BGI-Shenzhen (BGI). Founded in 1999 as the Beijing Genomics Institute, it relocated south to Shenzhen in 2007, announcing itself as the first “citizen-managed, non-profit” Chinese research institute.

It was one of 4 groups profiled in the Massachusetts Institute of Technology (MIT) report on the top disruptive technology companies of 2013. MIT selected it especially for its business model, which has succeeded in achieving maximum market penetration at alarming speed, despite its non-profit status.

In just 14 years it has grown from a 1% contributor to the Human Genome Project, to the foremost genome sequencing institute in the world, with regional offices and partnerships in the United States, South America, Europe, Japan, and Hong Kong.

What could China’s global dominance at this early stage mean to the world? How could genome sequencing, and the people in charge of it, affect our lives?

What Is Genome Sequencing?

A genome is the set of chromosomes prescribing the makeup of an organism; in other words, it is the entire hereditary composition of a life form. In humans, animals and plants, chromosomes contain genes, which are composed of DNA, a double helix of base pairs.

Genome sequencing is the process of mapping the order of base pairs within the genes. The sequence of the pairs of four simple, universal bases (adenine, thymine, cytosine, and guanine) determines an organism’s structure.

In humans, for example, a genome sequence would map the base pairs in each gene in every one of the 46 chromosomes, or 23 pairs of chromosomes. The human genome contains around 3.2 billion base pairs, but genes only comprise about 2% of the genome. The average gene size is about 3,000 base pairs and the human genome comprises 20,000 to 25,000 genes.

The first viral genome was sequenced in 1976, followed by the first bacterial genome in 1977. It was only in 2003, after an investment of more than USD 3 billion, that the Human Genome Project was able to publish the first human genome sequence.

China’s Quick Launch: Already the Biggest, the Fastest, and the Cheapest

With additional collaborative funding from private and public institutions at its 6 regional centers, BGI has managed to become the world’s largest genetic sequencing center, with the most scientists, bioinformaticians (scientific IT whizzes), and state-of-the-art sequencing machines.

Since the Human Genome Project’s breakthrough, next-generation sequencing has evolved with almost frightening alacrity, resulting in a rapid decline in sequencing costs.

On June 7th of this year, BGI stated that genome sequencing costs “have fallen one million-fold”. So far, the lowest price quoted by BGI for a human genome sequence is USD 3,000, but BGI representatives forecast a price as low as USD 200 within the decade.

In addition to leveraging its size, the fact that salaries in Chinese centers are lower—the average for BGI Chinese employees is reportedly USD 1,500 per month—fuels BGI’s ability to undercut other sequencing centers.

In addition to Chinese accolades over the years, since 2011, BGI has won awards from the International Data Corporation, Reuters and science and technology publications for: computing, genome sequencing, research, innovation, and, of course, its business model. BGI Director Huanming Yang was elected a member of the German National Academy of Sciences, and a leading scientific journal voted BGI’s 36-year-old Executive Director Jun Wang one of the 10 People Who Mattered This Year.

What About Research and Progress?

BGI is also touting itself as the industry’s scientific authority worldwide, claiming to offer unparalleled depth and breadth of expertise in genome sequencing.

BGI declares it has already analyzed over 50,000 genomes, and can apply the greatest collective industry expertise to sequencing human, animal, plant and microbial genetic samples.

However, a read through the BGI Americas sales pitch on the “Why BGI” page also provides a clue as to why other scientists wonder if BGI will contribute significantly to scientific progress and sequencing interpretation methodologies, rather than simply commoditizing genome sequencing.

Clearly offering sequencing and bioinformatics (data crunching and analysis) at the lowest price is already propelling BGI into the rapidly expanding, everyday clinical market faster than other companies. While BGI continues to wear the non-profit badge, other researchers could find it difficult to compete with its accruing capital strength.

BGI’s collaborative history and increasing regional partnerships show that other researchers are already finding it easier to join BGI than attempt to compete independently. BGI has had a hand in virtually every noteworthy international project, including the Human Genome Project the International HapMap Project, the Sino-British Chicken Genome Project, and the 1000 Genome Project.

How Much Could Genome Sequencing Really Affect Us?

For one, Darwin and others speculated that the entire human population originated in Africa. By June 2009, the International HapMap Project had proved this theory through genome sequencing. They determined that all of the world’s ethnic groups hail from a mass African exodus 150,000 years ago, a decisive statement on the reality of racial equality.

Genome sequencing promises to impact every sector, and insurance is no exception.

Since the order of base pairs is what determines the health and normalcy of an organism, hereditary disease could be predicted early and prevented by using sequencing to identify base pairs which are out of order. The presence of a genetic mutation (base pair disorder) does not indicate disease, it just increases the statistical probability that the disease will occur. Most diseases are the combined result of multiple genetic defects, not just one, but there are exceptions.

17 of the 20 largest pharmaceutical companies already rely on BGI sequencing for R&D. Sequencing reveals genetic anomalies likely to produce specific, disease-causing proteins. This has resulted in more effective, protein-blocking drug therapies for both prevention and treatment.
Microbial (bacterial and viral) sequencing will drastically accelerate the diagnosis and treatment of deadly outbreaks, as with the German E. coli outbreak. Hundreds of viruses and bacteria are already being sequenced for healthcare application. BGI also published the Human Gut Microbial Gene Catalogue, indexing microbe populations in the human body which have been identified as probable catalysts for conditions like obesity, diabetes, and colon cancer.

If the price for human genome sequencing does indeed sink to USD 200, it is likely to make sequencing a household term, and certainly a clinical standard, within the decade.

One day correct interpretation of the sequencing results could help scientists discover preventions and cures for devastating diseases like Alzheimer’s, Huntington’s, or cancer. More immediately, if the medical community is trained to interpret the sequences, preventive therapy for common illnesses can be prescribed earlier than ever before. This could bring about a record reduction in healthcare treatment costs.

Microbial sequencing has also deepened our understanding of crop pathogens (harmful viruses and bacteria), as well as beneficial microbes which can be used as natural, non-toxic pesticides or plant fertilizers.

The palette of functional microbes, such as those used in fermentation for wine, pickles, and soy sauce, can also be screened and expanded through genetic sequencing.

The Potential Threat to Our Liberty

Clearly BGI is poised to corner the market on mass sequencing and bioinformatics. This could make China the global steward of this technology, if indeed it also devotes research to identifying the remaining genome gaps, developing new applications for sequencing, and devising interpretive methodologies for medical training.

The greatest danger is that this sequencing, which is already being sold by BGI and others globally at increasingly affordable prices, will reach the mass market before training is in place to check the potentially detrimental consequences.

Widespread sequencing must go hand-in-hand with scrupulous education and regulation, to avoid the misuse of the information. Erecting standards will be a challenge when the science is difficult for regulators and the general public to understand, and delivery already crosses international boundaries.

Circumspect interpretation is imperative: Statistical probability is not the same thing as certainty.

Mandatory genome sequencing could become the gold standard for insurers, employers, and even regulators. But acting on the prospect of mental and physical disease could result in medical, insurance, and job discrimination, or a new strain of criminal profiling based on alleged genetic predisposition.

The gatekeepers for this blueprint of our species are as important as the technology itself.

Where human rights are not placed at a premium, or businesses and governments do not adhere to moral guidelines, sequencing could enable the practice of ruthless or subversive genetic engineering for political power plays. Or who lives and how we live might become regimented, before we are aware of it, by aloof scientific calculation, a “Gattaca” type society.

Like most technological breakthroughs, genome sequencing is a man-made miracle with a potential dark side. Channeling sequencing potential along constructive paths will require the careful attention of researchers, policy makers, medical professionals, and the public.

The work conducted by the U.S. Department of Energy Joint Genome Institute is supported by the Office of Science of the U.S. Department of Energy under Contract No. DE-AC02-05CH11231. Accordingly, the U.S. Government retains a nonexclusive, royalty-free license to publish or reproduce the diagram, or allow others to do so, for U.S. Government purposes. All documents available from JGI’s server may be protected under the U.S. and Foreign Copyright Laws and permission to reproduce them may be required. JGI is not responsible for the contents of any off-site pages referenced.