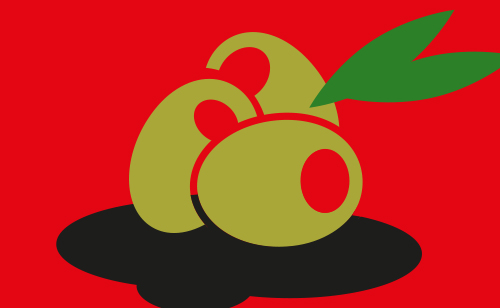 Food Fraud Comes Back to Bite Everyone

We can’t live without food, but poisoned food could kill us. Yet we skip home from the supermarket, swinging baskets full of bargains too good to be true. The 2013 horsemeat scandal did not pose a threat to health, thankfully, but it did throw a spotlight on the fraud in our food chain. Interpol says the level of imitation and adulteration of everyday staples would shock us.The 2013 US Olive Oil Times reports average, global olive-oil consumption of 3,100 metric tonnes per year. How much is authentic?Premium, Italian, extra-virgin olive oil? That depends on your definition of “premium”, or “Italian”, or “olive”. A study of “extra-virgin” olive oils showed 69% didn’t meet International Olive Council (IOC) standards. Some of it wasn’t even olive oil. In 2008, “Operation Golden Oil” in Italy exposed 205 producers guilty of selling low-grade oils from all over Europe as “extra-virgin, premium, Italian olive oil”. They even scammed the EU, claiming subsidies to the tune of USD 9 million.In Spain in 1981, 700 people died, and 25,000 more incurred chronic illness from ingesting industrial oil labeled as olive oil.It’s the phoniest food product in the EU, mislabeled and adulterated since the Roman era. The New Yorker is calling for a counteroffensive of connoisseurs to buy exclusively from olive-oil boutiques. If our palates are undiscerning enough to mistake machine oil for olive oil, it’s a fair guess most of us won’t be trekking to artisanal havens, to whiff and slurp oil samples. We just want to know what we are eating and drinking, and avoid getting ill, if it’s not too much to ask.But let’s stop picking on olive oil. In February of this year, Interpol inspectors ran a 33-country sting. Among other items, they confiscated fake, adulterated, or otherwise illegal: vodka worth USD 1.7 million, 20 tonnes of spices and condiments, 186 tonnes of cereal, 45 tonnes of dairy, 42 liters of honey and 4.5 tonnes of escargot. From 2007-2008, in China melamine was added to infant milk powder to fool protein tests, causing six deaths and 50,000 hospitalizations. That was worse than 2004, when missing protein in 45 types of infant formula from 141 different factories caused at least 13 babies to die of malnourishment, and hundreds of others to be hospitalized.Until the past decade, fraud seemed rare, so the EU Committee on the Environment, Public Health, and Food Safety (ENVI) and the US Food and Drug Administration (FDA) had focused on keeping accidental contaminants—viruses and bacteria—out of our cupboards. But the 2013 horsemeat scandal exposed a twisted, knotted global food chain, and the time has come to shake out the kinks.How has food crime become so pervasive?The 2008 economic downturn put unprecedented pressure on the food chain, from consumer wallets to producers and supermarkets. Food producers either had to offer the same products barely above production cost, or go out of business.Changing weather patterns have also drastically affected crop production and commodity supplies in many regions around the world.Long, complex food chains are riddled with obscure links, nameless middlemen in countries with negligible regulation. The BBC reported that one ready-made meal might source ingredients from 20 countries, and each separate ingredient passes through multiple countries. Investigation of the horsemeat scandal revealed unregistered distributors and traders as the most common sources of false labels, forged certificates, and substitute ingredients.Meanwhile, austerity budgets have tied the arms of regulators. To the brazen crime syndicate, the scent of the food-fraud gravy train is irresistible. They score big on the backs of brand reputations and naive consumers, applying perfected dilution methods to generate profit margins out of fraudulent food products. Food inspectors aren’t detectives, so perpetrators generally evade discovery. Even if they are caught, the punishment is often half that of a drug offense—although the Chinese did execute two or three melamine culprits.The array of crimes is evidence to Interpol that sophisticated cartels are involved, funneling food fraud and other counterfeiting proceeds straight into illicit businesses. The direct threat to food consumers represents an indirect threat to the global population through human, weapon, and drug trafficking. That is why the UN warns that everyone who buys a knock-off handbag, harmless as it seems, is ultimately funding sinister crime.Blame has fallen on the food industry for lowest-cost sourcing and a lack of vigilance, but both ENVI and the Elliott Review, commissioned by the UK CIEH (Chartered Institute for Environmental Health), want shoppers to take a hard look at their bargains, and ask: how could a high-quality product cost so little? Where did it come from? How did it get here? A realistic buyer’s attitude is crucial to driving danger out of the food chain.It’s also time for the industry and government to adopt a new mentality: If you want to stop criminals, you have to think like them! Where is the next crop shortage? Identify and observe market vulnerabilities to prevent fraud. Science can help, too. DNA tests backtracked the horsemeat substitution through at least 23 EU countries, in some cases all the way to Hong Kong.

Crisis backtracking through the food chain is expensive. The FDA will soon require a final test at import to protect consumers. If adulteration is detected, products won’t be sold. Importers will be obliged to find out who their bad suppliers or distributors were, and stop doing business with them. The process is costly, and doesn’t alleviate the burden on producers, already constrained by low profit margins. It’s impossible from a cost standpoint to visit every country and supplier site. Food also has a short shelf life, and there is no time to conduct tests at every checkpoint between Hong Kong and New York.The FDA is also founding a new, record-inspection authority which can requisition a company’s records—production, supply chain, distribution, testing, and consumer complaints—on reasonable suspicion that food is unsafe. Meanwhile, ENVI and the Elliott Review want a whistleblower hotline, so insiders can report malpractice anonymously.The FDA is further forcing the issue with the impending Foreign Supplier Verification Program (FSVP). It will require food importers to: develop written plans for eliminating supply-chain risk; verify that foreign suppliers meet US Food, Drug and Cosmetic Act (FD&C) standards; and be accountable for following through on plans. In the US, food producers are going to pay heavily if they can’t get fraud out of the food chain. How this will be implemented is not clear.It is clear, however, that current checkpoints in the global chain are unreliable, since traders simply forge certificates, and the very definition of food fraud is inconsistent across borders. ENVI proposes a standard definition of food fraud which includes three factors: non-compliance, intent, and financial gain. They want to back it by: an EU-wide digital-certificate program; a rapid-exchange, digital information system between the EC and member states; increased law enforcement; and member-state collaboration with Europol.Both Europe and the US are cracking down. In the face of a mounting death toll, the Elliott Review is pressing for preemptive investigations and “zero tolerance”, and ENVI recommends punishing fines, even for minor transgressions. Repeat offenders, says ENVI, should lose their business licenses, if they even have one! No Place to HideCompanies will take the blame for shady suppliers and distributors in the future, whether consumers were harmed or not. Business must take advantage of every available tool to secure the food chain, like software to aggregate and analyze supply-chain data, and discover high-risk suppliers. Insurance can help clients who take extra precautions. We allow clients to allocate 5% of premiums to risk-analysis and crisis-response services structured around four principles: prediction, prevention, preparation, and protection. Response XL, our network of food-safety specialists, offers: lab analysis and food-safety advice; tampering and security advice; regulatory and legal advice, and public relations expertise. In addition, they provide advice on supply-chain management through risk-based, preventive systems. Should the best efforts fail to prevent fraud, Response XL will assist in swift product retrieval to protect consumers, and an appropriate public response to restore faith.Food fraud is endemic. Alongside the usual suspects, organized crime syndicates  have jumped into the game as well, raising the stakes for everyone. It is going to take a marshalled advance on the part of industry, government, science, insurance, and realistic consumers, to eliminate the public threat, and redirect profits to where they will do good again: in the hands of honest food producers and suppliers.