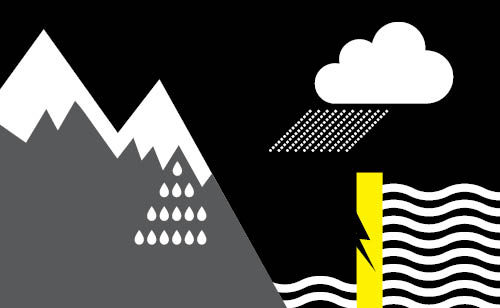 Do we need to redefine what risk means to our critical infrastructure?

Fukushima was a wake-up call to Europe. The EU realized that stress-tests for critical infrastructure (CI) across Europe did not account for the potential of chain-reaction disasters. The EU has engaged seismologist Dr. Domenico Giardini and his 8-country team to design a new, stress-test framework for critical infrastructure.XL Group’s Austrian underwriting manager Stefan Rossa discusses the rising probability and impact of severe weather, and how Austria can manage the increased risk to its infrastructure and economy.Mr. Rossa, have you witnessed cascading disasters in Austria?Certainly, nobody can forget the floods of 2005, which kicked off 226 landslides in the Austrian Alps. 5 people died, and losses reached USD 700 million in Austria alone. The surface and water channels of the Austrian Alpine were literally redrawn. Austria’s 100-year flood model and 150-year debris-flow model did not anticipate 2005 extremes.Some people have blamed global warming, and they would be right. In their Austrian Assessment Report 2014, the Austrian Panel on Climate Change (APCC) confirmed that the average temperature in Austria now is 2°C higher than in 1880, whereas the global average has only risen 0.85°C. In fact, the temperature in Austria has climbed a full 1°C since 1980. Ocean temperatures help subdue global heat. Geological features in inland Austria, by contrast, effectively accelerate the warming here. In the Alps, as warming causes the snow to recede, it exposes dark earth underneath, which absorbs heat, further accelerating the warming. By the end of this century, Austrian temperatures could rise another 3.5°C based on these trends.Does that mean we should expect increasing deluges in Austria?That is exactly what it means. Warming combines with existing meteorological factors to produce more frequent extreme weather events, including heat waves, storms, and floods. Austria has to learn to cope with the increasing impact of global warming by raising standards, flood standards, for one. They also need to be reevaluated at more frequent intervals, to assess the evolving risk.The Danube region was practically submerged in the floods of 2005, and it was hit hard again last year. Dr. Giardini and his EU STREST team are studying LP-HI events. The 2005 floods and landslides would have qualified before, but now those kinds of events are not necessarily even considered low probability. The probability is high that susceptible regions will be struck repeatedly by volatile weather and heavy destructive force.In that case, what kind of disaster qualifies as low probability, high impact (LP-HI) event?Today, an LP-HI event would be something like the Rhine dam in Vorarlberg (Western Austria) giving way—literally cracking or breaking—under the pressure of excessive rainfall and floods.Historically, high flood protection standards in Vorarlberg have attracted a concentration of national and international firms. Big names in furniture, lighting, plastic, textiles, cable cars, and, not least, chocolate and beer, have essential factories there. Vorarlberg, with USD 20 billion annually, trails only Vienna and Salzburg as the biggest contributor to the national GDP. Vorarlberg is Austria’s second biggest exporting region, exporting 70% of its production. It is also home to several major tourist centers.