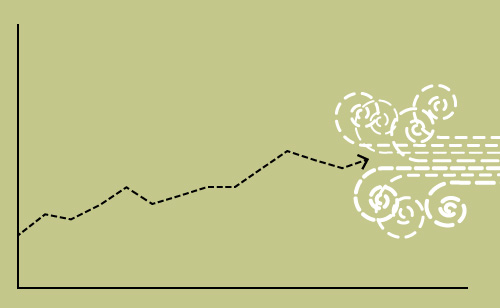 If only we had a crystal ball.  Our decisions – both in business and life -- would be easier to make.  We’d have more information to give us clearer direction so we could get to where we wanted to go.

Minus the crystal ball, what we do have are the observations and insights collected by business resources like this one:  “Dun & Bradstreet’s Global Economic Outlook to 2018.”

In this new report, offering regional economic insights from around the world, D&B notes there is room for a little optimism in today’s world economy.  While the recovery from the 2008-09 recession remains the most challenging in the past century, D&B is optimistic about growth in 2014 and beyond, particularly in the US. The forecast for real global growth for 2014 has increased from 2.5 percent to 2.7 percent, while the forecasts for the next three years have climbed to 2.9 percent in 2015, 3 percent in 2016, and 3.1 percent in 2017.

The report, however, cites disparities across regions. D&B admits its view of North America is more optimistic, with growth forecast at 2.8 percent to 3 percent between 2014 and 2017, compared with an average of 2.3 percent one year ago. D&B is also watchfully optimistic about average annual growth in Western and Central Europe, which we have increased by 0.2 percentage points (pp) to 1.8 percent in 2014-17.  Growth in Sub-Saharan Africa will also increase by an average 0.2 pp over the same period, while Asia-Pacific’s growth figures have increased by an average 0.1 pp to 3.9 percent. In contrast, we are more pessimistic about growth in Latin America and the Caribbean (down an average 0.4 pp), the Middle East and North Africa (down 0.7 pp), and Eastern Europe and Central Asia (down 1.1 pp).

D&B assessed 25 of the leading emerging markets (Angola, Argentina, Brazil, Chile, China, Colombia, Egypt, Hungary, India, Indonesia, Iran, Malaysia, Mexico, Nigeria, Philippines, Poland, Romania, Russia, Saudi Arabia, South Africa, Thailand, Turkey, Ukraine, Venezuela, and Vietnam) to consider the “risks and opportunities of cross-border trade and investment with counterparties in these countries”.  They have scored the short-term vulnerability of these 25 major emerging economies against each other, and also looked at the longer term situation using four ‘supply side’ factors, such as infrastructure, competitiveness and openness of the economy. They also look at the political outlook and stability of these emerging markets.

The views expressed in this report do not necessarily reflect the opinions of XL Group.