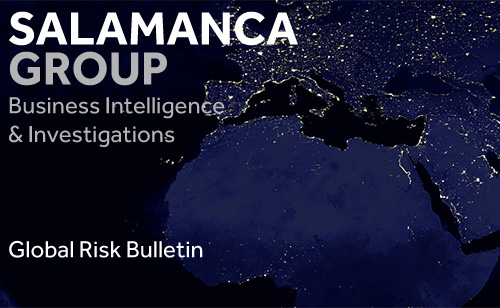 The unexpected happens.  Borders change.   Economies are thriving or just barely surviving.   Someone takes exception and protests.  Protests turn violent.  News around the globe reminds us that the world is a volatile place and preparing for the unexpected is a very necessary survival skill for business.  In its most recent Global Risk Bulletins, the Salamanca Group, a global risk management consultancy, shares its insight with XL Group’s Crisis Management clients.

In China’s Yunnan Province, eight knife-wielding attackers killed 29 people at the Kunming Railroad Station.  According to Salamanca’s Ann Stone, the government identified the group as Xinjiang separatists and since then, sympathizers have endorsed the attack and called it a “jihad” on the Chinese government.

Political unrest is not isolated to China.  Salamanca is also monitoring the situation in Nigeria where the Federal Government of Nigeria continues to wage a counter-insurgency campaign against Boko Haram, a jihadist militant group; and in  Libya which continues to struggle through political transition after the Arab Spring.   And, of course, now there are events in the  Ukraine which the world continues to watch.

According to Salamanca specialists, protesters will look for high-profile opportunities to draw attention to their causes.  In “Victory or Violence: Brazil’s World Cup Prospects, “ Salamanca’s Zoe Wakefield considers the possibility of violence erupting at Brazil’s World Cup matches which begin in June.