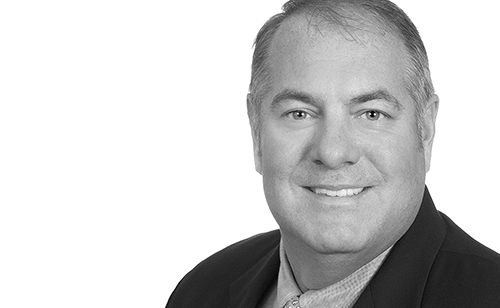 Shifting shoals.  Lower water tables.  Construction.  For boat operators, it’s not always easy sailing.Changing waterways require boaters to stay on the toes and keep up with fluctuating conditions.  Shorelines are in a constant state of change, from natural powers or because of human development.   Storms, such as Superstorm Sandy, can lead to the accumulation of sediment and debris, churning up sandbars, shifting the bottoms of waterways and oceans and causing significant depth and width changes where boats travel.  Some commercial ports have changed so significantly over time there is growing concern if some of today’s large commercial vessels will even be able to navigate them.And recreational vessels need to be equally concerned.  Boaters who take the helm without knowing and learning about what’s changed are putting their vessels and passengers at risk.In 2013, the Coast Guard counted 4,062 accidents that involved 560 deaths, 2,620 injuries, and approximately $39 million dollars of damage to property as a result of recreational boating accidents. Operator inattention, improper lookout, operator inexperience, excessive speed, and machinery failure rank as the top five primary contributing factors in accidents. (See the Coast Guard’s 2013  Recreational Boating Statistics report )One state, New Jersey saw accidents and fatalities increase slightly. While the numbers are relatively small, they drew concern.  These accidents and fatalities came even after Superstorm Sandy destroyed scores of recreational boats and a sluggish economy caused many more to be dry docked. In other words, at a time when there were substantially fewer boats on the water, there were more boating accidents in the state.Local authorities and boating enthusiasts in the area are reluctant to hone in on a single reason for the increase, but they say that they are feeling the lasting impact of Superstorm Sandy, two years after the storm.  For instance, many channels – particularly in the back bays – have become narrower. Likewise, work to fix storm damaged jetties and beaches has created construction obstacles in various waterways.While most navigation charts have been updated since Sandy and the Coast Guard has been proactive about replacing buoys, boaters still need to be diligent, paying close attention to navigational tools and reacquaint themselves the waters where they are boating.Beware of what’s belowA shoal is a sandbar, a naturally linear landform completely within or extending into a body of water and made of sand, silt, and/or small pebbles.  As a grounding hazard in shallow waters, sandbars are tracked rather closely, particularly by the Harbor Master who guides ships into and out of ports.  Storms, currents and human activities can cause a shoal to shift creating grounding hazards were once there was none.According to the Coast Guard’s 2013 Recreational Boating accident statistics, there were 399 accidents related to grounding which caused 15 deaths and 255 injuries.  Commercial, military and recreational vessels of all sizes can run aground.  USS Taylor, one of two Navy ships assigned to the Black Sea during the Sochi Winter Olympics, briefly ran aground in a Turkish port where it had gone to refuel.  More recently, one man was critically injured and three others were in fair condition after the small fishing boat they were in ran aground in late June near Goat Harbor on California’s Catalina Island.For larger ships, NOAA operates the Physical Oceanographic Real-Time System, which provides ships with real-time information, such as the exact distance between the water and the bottom. With sea levels anticipated to rise and larger megaships coming into operation, such technology is only going to get more important for safe navigation.Nautical charts are often the first line of defense in helping recreational boaters know what terrain is underneath them.  Boaters should monitor regular safety warning made by the U.S. Coast Guard and other government agencies.   They broadcast using a variety of different radio systems to ensure coverage of different ocean areas for which the United States has responsibility, and ensure all ships of every size and nationality can receive this safety information.The Coast Guard is also using YouTube to raise awareness about maritime projects and changing conditions.  (Here’s a PSA from the Coast Guard Station at Barnegat Light, NJ discussing changes in conditions as a result of repair activities.)Construction ObstaclesConstruction activity is bustling on waterways.  There are over 250 million daily crossings on 63,207 U.S. structurally deficient bridges in need of repair.  And many are being repaired including the Tappan Zee Bridge in Tarrytown, N.Y. Some 90 Tappan Zee Constructors vessels are currently on the Hudson River in the project area and at the peak of activity this summer, 130 or more vessels could be in the work zone. Crew boats, tug boats, barge mounted cranes and barges – as well as temporary fixed platforms – are in the area of the existing Tappan Zee Bridge and may be moved at any time. Boaters are advised to use extreme caution in the area.Last summer, two boaters were killed and four injured when their powerboat crashed into a barge at night. The victims’ families say the barge couldn’t be seen in the dark, although the lighting on the barge met federal standards. Since the crash, more lights have been added to equipment.Additionally, NY Governor Andrew M. Cuomo recent announced a new Global Positioning Satellite (GPS) system to track construction vessels in the area of the bridge project. An interactive map showing vessel locations on the Hudson River is now available on the project website, NewNYBridge.com, for recreational and commercial boaters to get updated information on this very active construction zone.The GPS tracking system is just one of the new boater safety enhancements instituted by the New York State Thruway Authority, Tappan Zee Constructors, LLC (TZC) and the United States Coast Guard for this summer’s boating season, including:

Construction and other waterway activity are adding considerable navigational challenges for recreational boaters.  Add seafloors that are constantly shift and   shorelines eroding and it gives recreational boaters plenty of reason to strive hard to keep up with changing waterways.  Fortunately, there are a number of local and Coast Guard sources to help including the  US Coast Guard Navigation Center  and  Boating Safety Resource Center.

For those who take the helm, exercising an abundance of caution will go a long way in keeping passengers safe, vessels unharmed and travels more enjoyable.