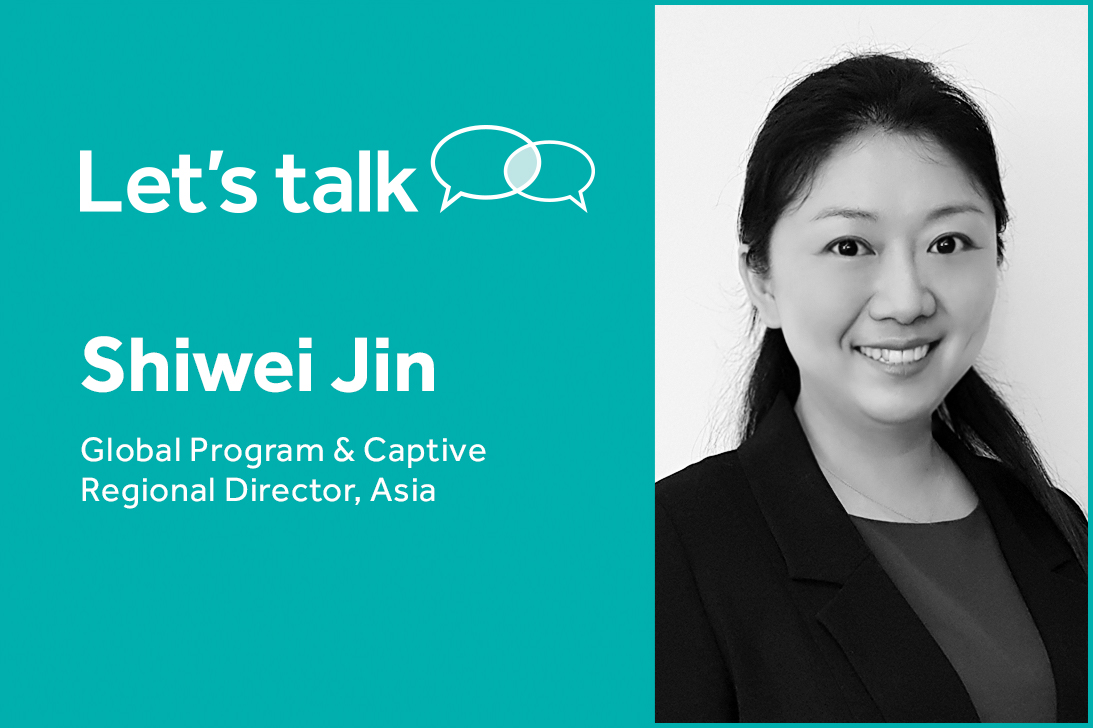 Captives coming of age in Asia

The use of captives as a strategic risk management tool is under development in Asia. The penetration of captives on the continent is still relatively low compared with regions such as the U.S. and Europe, where captives have been a fixture of clients’ risk management strategies for many years. But Asia-based clients, and companies with exposures in Asia, increasingly are exploring the use of captives as part of their risk management and global insurance programmes. Shiwei Jin, Global Programme & Captive Regional Director, Asia, at XL Catlin, explains how the captive industry is evolving in Asia and why clients are looking to captives to play a part in their global programmes.

Q. How widely used are captives by companies based in Asia?

A. According to several studies, currently only about 3% of the world’s captives are owned by parent companies headquartered in the Asia-Pacific region. However, the number of captives formed by parent companies in Asia increased by 4% in 2016, when compared to the previous year. That rate of growth is second only to that witnessed in Latin America. But geography and numbers are only part of the story. Increasingly, strategic risk management practices are at the top of the agenda for companies based in Asia. And clients are showing greater interest in using captives as part of a risk management strategy to fund and insure corporate retained risk or to obtain commercial reinsurance on a direct basis. We are having more and more discussions with clients about global insurance programmes and captives, which go beyond focusing on traditional property/casualty risk to include cyber risk, terrorism, crime and other non-traditional exposures.

Q. Do you expect companies in Asia to increase their use of captives, and how is the approach to risk management and global programmes evolving in Asia?

A. About 40% of the Fortune Global 500 companies are based in Asia, and gross domestic product across the continent is projected to continue to increase. Our global programme business in the Asia Pacific region has grown by about 80% since 2014. But while many clients there have global footprints, not all have begun to fully use global programmes.

It is important to recognise that risk management approaches differ greatly across Asia; the region is not homogenous. Indeed, a company’s approach to risk management and insurance can differ across sia. Even some of the larger companies in the region may not have a dedicated risk manager. But risk management is growing as a discipline in Asia, and organisations like PARIMA – the Pan-Asian Risk & Insurance Management Association – are helping to boost local understanding of the benefits of having a strategic approach to the management and transfer of risk. And as companies headquartered in Asia – notably large Chinese enterprises – expand overseas, they often gain captives as part of acquisitions. This may prompt them to think about risk management and transfer on a more global, rather than regional, basis. It is important for insurers and brokers to work closely with clients to understand their risk-management philosophies, clarify their needs and show them the possible solutions available, which often include a captive-fronted global insurance programme. Often, companies in Asia might decide to start small with their captive and dip their toes into the water by using the captive to front certain risks. And from there, insurers can work with them to build a global programme together.

Q. How can Asia-based companies, or those companies with exposures in the region, use global programmes as part of their risk management strategies?

A. A global programme can give risk managers greater coordination over the risks their company faces in the various territories in which it operates. Having a Master Policy allows the risk manager clarity over the risks and coverage in place, and local policies give access to local expertise and service. In Asia, for construction risks, for example, local contractors often will require local evidence of insurance. Using a global programme structure can help risk professionals to meet local requirements while also maintaining central coordination of their insurance coverages. We recently worked with a leading Asia-based company that has a captive for its global property, casualty and financial lines coverage. The captive’s global fronting programme provides the risk manager with transparency on costs, full disclosure on cash flow, fast movement of money and consolidated loss data. The captive is then able to tap the reinsurance market for risk transfer. The success of this strategy has prompted the company to explore other ways to use its captive as part of a risk management programme.

Q. How are domiciles in Asia adapting to increased interest in using captives?

A. Asia-Pacific domiciles are home to about 3% of the world’s captives. A large proportion of the captive premium written by Asia-based companies is held in captives domiciled in other jurisdictions. Some domiciles in the region, notably Singapore, Labuan, Micronesia and Hong Kong, have been making a concerted effort to attract more captives. In Labuan, the introduction of Protected Cell Company legislation, and similar Multiple Corporate Captive legislation in Micronesia, have enabled mid-sized corporations, which previously may have considered themselves too small to operate a traditional captive, to use cell structures as part of their insurance financing strategies. And other domiciles are adapting their regulation to align themselves more closely with mature captive markets. For example, the regulator in Singapore, the Monetary Authority of Singapore, in 2016 committed to introducing the Organisation for Economic Cooperation and Development’s minimum base erosion and profit shifting standards, bringing it into line with other domiciles within the G20 group of major economies. For clients based in Asia, or with major operations there, it is certainly positive that the potential choice of captive domicile is widening.

Shiwei Jin is Global Program & Captive Regional Director, Asia at XL Catlin, and can be reached at shiwei.jin@xlcatlin.com.