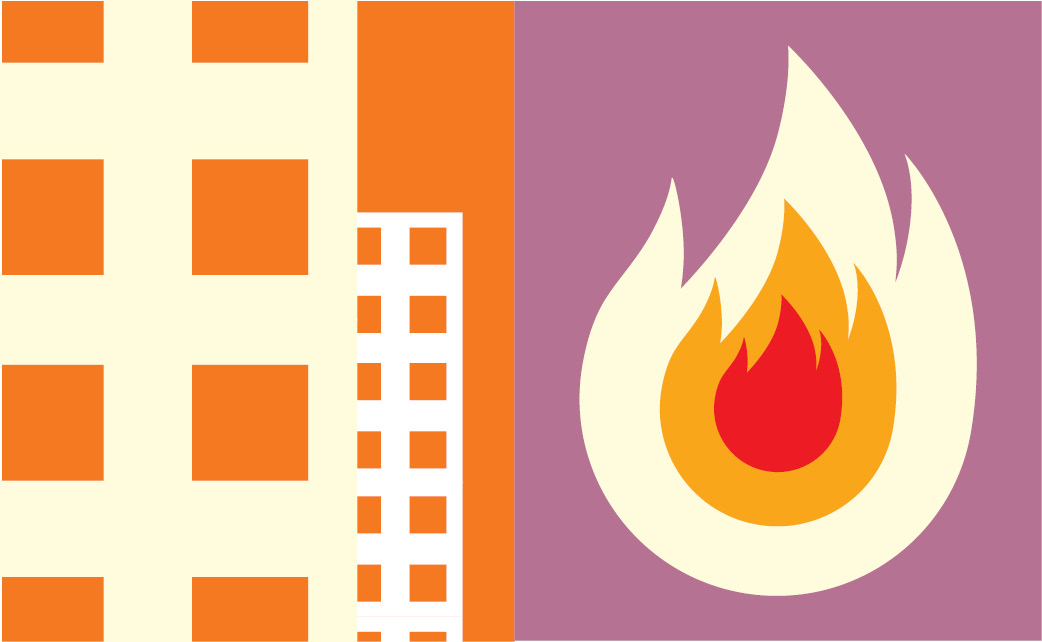 In São Paulo, Brazil, a fire tears through a multinational food warehouse. Over 100 firemen fight wind-fueled flames as they struggle with the hydrant’s low water pressure. Before it is over, half the facility is demolished, destroying 20,000 square meters of property and 12,000 tons of food.

In another incident a tiny spark on a conveyor belt sets fire to another São Paulo warehouse, sending a torrent of melted sugar – 30,000 tons – streaming into the roads and waterways. Fish die of asphyxiation five miles off, and residents barricade doorways with sandbags and dirt, to keep the molten sugar from sealing them into their homes. Three days later, firefighters are still battling the blaze.

A supermarket warehouse fire in Minas Gerais (southeastern Brazil) spreads to a nearby housing district and forest before firefighters, military police, and local volunteers are able to extinguish it. Miraculously, no one is killed or seriously injured.

A nightclub fire in Rio Grande do Sul shakes not only the nation, but the world, as 242 students and workers die in a haze of confusion and stampeding, as club-goers frantically search for the single exit.

All of these fires were real and recent, highlighting the patchwork of fire-safety standards in place across Brazil. The cause, in most cases, was a simple electrical short circuit.

All these incidents also showed how quickly a fire can overrun even a massive structure. Eyewitnesses at the nightclub attested that the flames and ensuing chaos spread within three minutes of ignition. In fact, tests have proven that a tiny spark to combustible materials can grow to a towering, 10-meter inferno in just one minute.

The tragedy in Rio Grande do Sul especially, prompted a re-evaluation of building materials. As construction firms apply for insurance on new projects, it is becoming clear to insurers that many companies are transitioning away from combustible materials. That is a good start, and part of a worldwide movement.

Nonetheless, fire remains the number one threat to property. The catastrophic disasters that make the news shouldn&rsquo;t obscure the greater cost of a serious fire that, while not as dramatic as the above examples, can still result in significant damage.

The Brazilian Sprinkler Association (Associação Brasileira de Sprinklers, ABSPK) reported 1,095 significant fires in 2013 alone – 342 in commercial buildings, 216 in warehouses. Note that Brazil does not yet have a national fire incident reporting system; these are estimates only and likely understated.

In addition, many companies in Brazil are accustomed to complying with less restrictive, local standards, which vary from one region to the next. Often local standards do not require sprinklers for high hazard occupancies, and when they do, the number of sprinklers and the water supply required may be based on older versions of National Fire Protection Association (NFPA) guidelines, rather than the most recent, international guidelines. As a result, many companies have come to accept higher insurance premiums as well as damages from the occasional fire as simply a cost of doing business.

The tide is turning however, for two reasons.

First, the recent high-profile cases across Brazil have highlighted both the threat to life, and the punishing financial losses of large fires.

The costs of a fire far exceed mere property replacement; property damage is usually just one part of the overall picture. When a factory is destroyed or heavily damaged, business may not resume for at least half a year, as the building and special equipment are rebuilt. Such business interruption costs can result in tens of millions of dollars in lost business, both from sales lost during the recovery phase and customers who take their business to competitors.

Then there are casualty costs. While deaths fortunately are uncommon –deaths resulting from fire in Brazil are a relatively low 0.9 per 100,000 people – injuries unfortunately are not. Injuries from fires can often be severe, and require compensation for short- or long-term disability.

Companies may also be liable for third-party liability losses, such as relocation or rebuilding costs incurred by nearby residents whose homes have been damaged.

In the near future, environmental clean-up costs will also need to be considered. Brazil, like many countries, is working towards the full implementation of the “polluter pays” principle. This means that a company causing environmental damage, whether as a result of an accident or negligence, is responsible for all of the costs required to repair the damages, and for restoring the environment to its “baseline” standard as fully as possible[1]. For example, following a fire at a fuel distribution facility, a Brazilian company was fined millions of dollars to cover the environmental damages caused by dumping contaminated water into nearby bodies of water and the ocean. These costs of course, are on top of the significant costs required to rebuild the facility, as well as those to compensate nearby businesses and individuals affected by the fire.

Businesses in Brazil can no longer afford to play the odds with fire risks. For the reasons outlined above, companies cannot afford to stay out of business due to these kind of events.

Businesses, including retailers and warehouse operators, are stretching to achieve maximum growth, applying to international insurers for higher levels of risk-transfer capacity (the local property insurance market is expected to grow by almost 10% in 2015 alone, industry experts say). Those insurers will offer reasonable premiums, but only as long as companies meet internationally recognized fire-protection and other loss-prevention standards.

When insurers perceive a gap in property protection standards, they either raise premiums and restrict coverage, or deny coverage altogether, particularly if they have already paid heavy fire-damage claims in that particular industry.

A New Loss-Prevention Paradigm in Brazil: It’s an Investment, Not an Expense

As companies in other countries have learned, there is a better approach to managing and mitigating fire risk. First and foremost, exhaustive research going back more than 100 years demonstrates that nearly every fire is preventable. Furthermore, the solutions available today are highly cost-effective.

The British Automatic Fire Sprinkler Association (BAFSA) reports that since the advent of the automatic sprinkler, only 50 people have died worldwide in buildings with operational sprinklers. These systems significantly reduce the risk of a small fire quickly becoming a large, expensive disaster with far-reaching impacts.

In Brazil, a sprinkler system will cost about 12% of the overall construction cost for a new building. While this is considerably higher than in North America or Western Europe, it is typically a one-time cost as the system will generally last as long as the structure. These costs are likely to decrease too, perhaps significantly as the market for sprinkler systems strengthens and local suppliers are established. When the reduction in annual Property insurance premiums is considered, the “payback” period for installing sprinklers can also be placed into the equation, making this a cost-effective solution in terms of risk mitigation in future years.

A national fire-protection policy is not imminent in a country as large and diverse as Brazil. However, the need to protect increasing numbers of large properties and businesses will keep the trend moving towards stronger fire-protection and other loss-prevention measures.

Risk engineers can help companies assess their property risks, and take the most practical and cost-effective measures to protect against fires and other losses. When it counts, this small investment reaps great returns.

Want to know more? You can reach Andre at: andre.stankunavicius@xlcatlin.com.