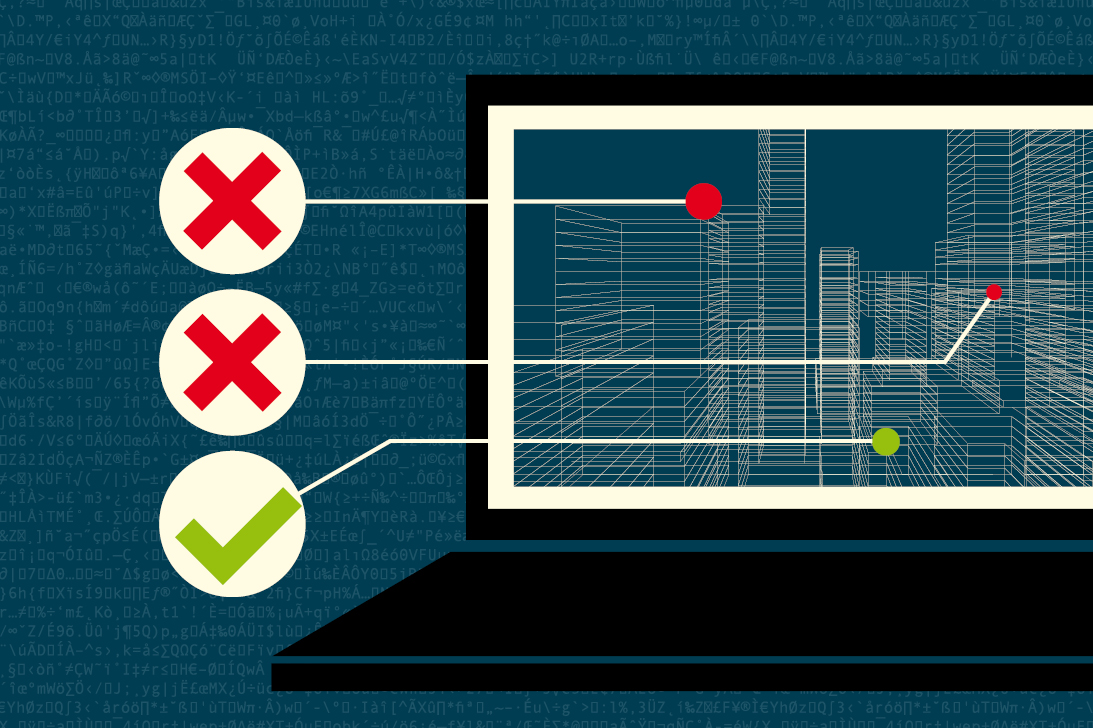 An old saying among carpenters is “measure twice, cut once.” Among design professionals, contractors and building owners/managers, a variation of this adage is being heard more and more often: “build it twice; first digitally, then physically.”Building Information Modelling, or BIM as it’s commonly referred to, makes that possible. Using increasingly sophisticated 3D modelling tools in a shared environment, all of the participants in a project can create and refine a detailed digital model of the structure before erecting it in the real world.In with the newIn most building projects currently, contractors working from 2D construction documents build/install whatever the architects and engineers specify. The use of 3D models is typically limited to presentations to clients and permitting authorities to create a greater appreciation for a building’s aesthetics as well as its placement on the site.

How quickly BIM becomes standard on all types of projects is open to debate.

The standard 2D approach, however, almost inevitably leads to questions; for example, “what type of window should go there?” “Clashes,” instances where some element of the design isn’t workable, are also common.While 3D modelling is not new, BIM takes it a step farther. With BIM, the three spatial dimensions can be augmented with schedules and cost data, making it a 5D model. Add in maintenance requirements, and it becomes a 6D model.The various elements also interact so that information on quantities, cost estimates and timetables can be extracted easily. And linked; like a spreadsheet program, a change to one will automatically trigger adjustments to related elements.Project participants working in a BIM environment can visualize and understand the relationships between the structure and its systems regarding aesthetics, performance and costs. For example, in mechanically intensive occupancies like hospitals, the overhead spaces need to accommodate many different systems – HVAC, plumbing, piping for compressed air and gasses, and so on. By envisaging all of these elements in a 3D model, design professionals and contractors can organize these limited spaces collectively and resolve most clashes before construction starts. Also, reviewing construction schedules within the shared BIM environment helps contractors better understand the critical path(s) and identify opportunities for optimizing the staging. Build it twice; first digitally, then physically.In advanced applications, data stored in the model are preserved after the building is occupied. For owners with large building stocks – say, a retailer with an extended network of stores, distribution centers and warehouses – having all the relevant data in a BIM model can deliver many benefits. Scheduling routine maintenance and replacing worn-out elements can be accomplished more efficiently when there is readily accessible and detailed information on individual building components and systems including, for instance, date installed, manufacturer, model number and performance specifications.Getting from here to thereThe underlying concept was first discussed in the 1970s and building modelling software has been around since the 1980s. Today, 3D models are created on many projects in France and in other European countries, but relatively few assignments are performed in the fully collaborative BIM environment.That’s set to change, although how quickly BIM becomes standard on all types of projects is open to debate.In France, some professional organizations promote BIM, including the FFB (Fédération Française du Bâtiment), but there are no legal or regulatory requirements for it to be used. In the UK, in contrast, BIM is now required on all government-funded construction projects costing at least GBP 5 million. Spain has proposed that BIM be used for all public sector projects with a possible start date in 2018. Beginning in 2020, Germany will require that all road and rail projects be built with BIM.The situation is somewhat different in North America. There, project owners have been pushing designers and contractors to adopt BIM in the belief that it will accelerate the design and construction processes and improve post-construction maintenance. The U.S. Coast Guard, Department of Veterans Affairs, General Services Administration and other federal agencies now require a certain level of BIM delivery, as do some state and municipal agencies. And, increasingly, major corporations include BIM deliverables in their project specifications. One U.S. carmaker, for example, requires all designers and contractors it hires to work within a BIM environment.The experiences in the U.S. provide a good picture of what happens when firms, including owners, start to embrace BIM. My colleague Randy Lewis, Vice President, Loss Prevention and Client Education, has followed the progression of BIM in North America over the past ten years; he has also written widely on the topic. In his view, “it takes about three-four years for most design firms to become 80-90 percent competent in using BIM.” Randy also notes two important issues when it comes to adopting BIM.

“First, it’s a significant investment. In addition to licensing the software, firms often have to upgrade their desktop technology. And then there is training and development. Also, some companies have had CAD technicians; they may need to consider bringing on board or training a ‘BIM manager.’ That can have organizational implications.

“Second, when companies start using BIM, they often adopt it at different rates; some will be further along than others. We have seen projects where, say, the structural engineer has been very quick to adopt the technology while other engineers are not as advanced. As a result, some if not all of the work still has to be done in that 2D environment.”

These issues notwithstanding, Randy also points to the benefits of using BIM. In one project where he was involved, the contractor suggested changing the orientation of the structure by 20 degrees. The architect and owner were able to visualize this shift from multiple perspectives and concluded that it would have no material effect on the occupants, neighbouring buildings or traffic flows. Making this change would also reduce the construction budget by USD 250 thousand.More risk or less?Will greater collaboration between different participants in a building project reduce risks and lead to lower insurance premiums? Or will BIM increase risk by blurring traditional responsibilities and make it harder to apportion liability when something goes wrong? And what about increased cyber/IT risk, especially as more and more BIM applications are hosted in the cloud? Or safeguarding intellectual property rights when working in a shared environment?So far these questions remain largely theoretical; there is as yet no data or evidence showing that using BIM exposes participants to more or less risk.In fact, according to Randy Lewis, there has been at least one case where a plaintiff’s attorney created a 3D model of a structure built in a 2D environment to show all the different clashes and highlight alleged design errors. The plaintiffs prevailed.Randy also suggests that design professionals participating in a BIM project clearly specify when the plans are delivered. He notes, “When design professionals working in a 2D environment turn construction documents over to an owner with their seal, any subsequent changes made by the owner clearly belong to the owner; if something goes wrong as a result of those changes, the design professional bears no liability. In the BIM environment, the model is dynamic and changeable. That can create difficulties in defining what a design professional delivered and when. So we suggest that design professionals confirm the delivery date and specify that the owner is responsible for anything that happens if the model is changed later.”European design professionals, contractors and owners/managers are just starting to adopt BIM, and there will undoubtedly be some challenges in applying these new tools and creating new paradigms for working together. Nonetheless, the experiences in North America suggest that working collaboratively in 3D, 4D, 5D and even 6D environments should bring benefits to all stakeholders throughout the lifecycle of a project – from design to construction to occupancy/use.